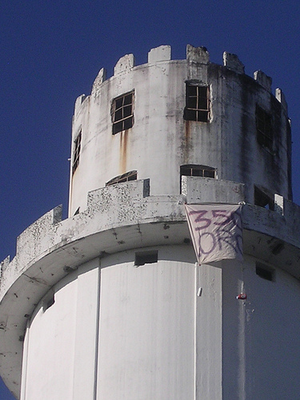 As part of the International Day of Climate Action, local activists
rallied on Saturday in Tampa. According to the website http://350.org,
people in 181 countries held 5200 events for the most widespread day
of environmental action in the planet’s history. They were asking
national leaders from all over the globe to take a strong stance on
supporting climate change legislation.

An Associated Press-commissioned statistical analysis released Monday
confirms that the Earth is still heating up, and not cooling as some
skeptics are claiming. On Saturday, dozens of climate change activists
gathered on Bayshore Boulevard in view of the Hillsborough River and
Tampa Bay. Pastor Warren Clark with Faiths United for Sustainable
Energy came with a storm surge gauge which indicated the potential
severity of local flooding due to sudden or drastic climate change.

Clark: “There is a lot of science about this; a lot of people are convinced by the science of it. I think that is part of the reason why I am here. I think there is something deeper why we came today, and that is, there is, something profoundly decent and, if you would, moral about doing what we can do now at a hinge point in history. To make sure, as best as we can, that this does not happen, or if it does we mitigate it as much as possible. To pass forward to some that are in this group right now, and certainly to our children and our grandchildren a world in which they can thrive.”

Several rallies were held across the Tampa Bay area on Saturday. Kate
Melges is a volunteer for Greenpeace, and she helped organize the
action on Bayshore.

Melges: “We need president Obama to lead the world towards a solution to the climate crisis that is based on the latest science not on the demands of oil and coal companies and there backers in Congress.”

Although CO2 occurs in the atmosphere naturally, Melges explained why it
has become a problem.

Many activists like Melges lament the lack of a fully-realized
renewable energy infrastructure.

Melges: “Wind and solar especially here in Florida, we have such a great opportunity for solar, and it is not being utilized. We are the Sunshine State and there is so much flat space on Targets and Walmarts and supermarkets and all sorts of parking garages that we could have solar panels. We don’t have to have solar fields and stuff that we could do now, would be great, we could start getting the levels lower.”

Orchid: “We have the economy; we have national security; and we have climate change. All three of those crises are tied together by our dependence on oil. The Clean Energy Jobs and American Power Act, part of this is out of committee and is out of the Senate and there are a lot of other pieces that still need to come. So it is a very important time for people to reach out to their Senators here in Florida, Senator Lamiuex and also to Senator Nelson, and let them know that they support this kind of movement at a Federal level.”

Orchid mentioned ways to cut down on other prevalent greenhouse gases such as methane.

Orchid: “There are some ways that we could cut back on methane that deal directly with the way we consume food. If we begin to eat diets that are more vegetable based and less dependent on meat that comes from cows and dairy that comes from cows; we can really work at reducing our methane and that is something that a person at their house could do.”

Dasovich: “They are very concerned and part of the reason they are concerned is because they can see it, because they are outside and they see what is happening where they hunt and fish. Most hunters are conservationists along the Teddy Roosevelt lines and they believe that you conserve all species and make habitats better for everyone which includes humans. They believe is wise management and use of the resources and leaving something for generations to come, because they want to share this traditional sport with their children and grandchildren and for future generations. They want it preserved. I am out at the climate rally today because I believe that 350 parts per million is attainable and is the only way we are going to stop the worst effects of climate change. The Florida Wildlife Federation along with its national affiliate the National Wildlife Federation has been involved in climate legislation and working on this for the three years.”

On Saturday, unidentified activists displayed a banner from the top of
the Sulfur Springs Tower, a Tampa landmark, displaying the phrase 350
dot org . Also that day, the Florida Powershift conference attracted a
statewide student audience. Its national counterpart in Washington
D.C. attracted 12,000 students in the spring, making it the largest
national youth conference on climate change to date. Students from
universities across Florida attended Saturday’s conference. One
Student, Ali Tantum, flew from Virginia Tech in order to say why it’s
important to conserve resources.

Tantum: “On the topic of renewables let’s not forget that solar panels are made of petroleum. The metals that we weld together for the wind turbines are able to be used because of the use of petroleum.”

Mandy Hancock is the Florida Organizer for Powershift with the
southern Energy Network. She described the legislation they were
rallying to support.

Hancock: “That is definitely going to include a reduction in carbon emissions and really focusing in on renewable energy and efficiency standards, but also keeping the high risk energies out. Right now, a lot of the false solutions are very high risk energies that are generally very much business as usual, such as offshore drilling,nuclear, and the mythical clean coal. So we want to make sure those things stay out of the climate legislation that is passed and we focus more on truly renewable, safe energy sources.”

In 2012, the Kyoto Protocol to prevent climate changes and global
warming expires. The United Nations Conference on Climate Change is
being held from December 7th to18th this year to form a new climate
agreement.