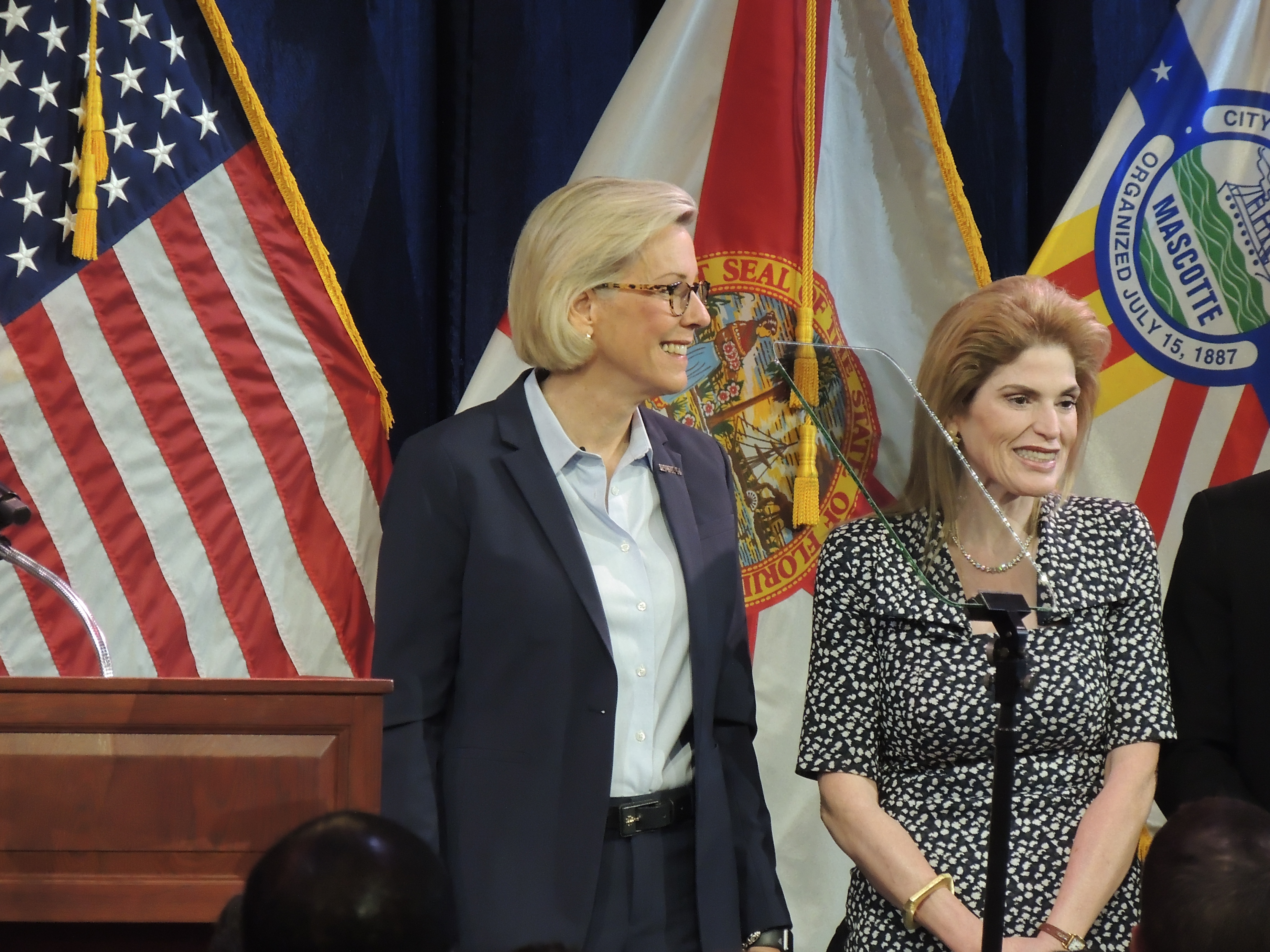 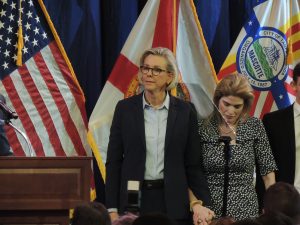 About 900 people were packed into the main room at Armature Works. Others spilled into an overflow room to hear Castor’s speech in which she promised to blaze new trails.

Castor also spoke about things like growth and development.

“Our neighborhoods are the foundation of our great city. And while some Tampa neighborhoods have seen improvement and prosperity, others have not. Too many residents see growth and development as something that happens somewhere else but not in their neighborhoods. As mayor I will work to ensure that every neighborhood has the opportunity to flourish. Making Tampa the city where America shines bright for every citizen in every neighborhood.”

But, despite what Mayor Castor said, people in some neighborhoods still feel left out. 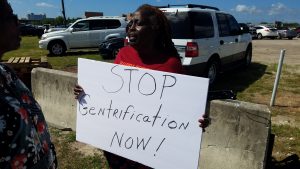 Community activist Connie Burton was one of two people standing outside the inauguration holding signs that read “Stop Gentrification Now!” and “Housing for Poor and Working Class People.”

“We’re hoping that under this new administration a critical page will be turned that will look at the issues of all people in our community. Right now we know that in predominantly working-class communities, poor and black, folks are being forced out based on overpricing of housing. Even when the city has went into relationship with developers. So we’re hoping that this mayor don’t continue with that trend.”

Despite the fact that Tampa has a female mayor again, none of its City Council members are women. That’s was a problem for at least a couple of people in the crowded audience.

That includes union activist Aida Mackic, who is a political organizer with the SEIU / Florida Public Service Union.