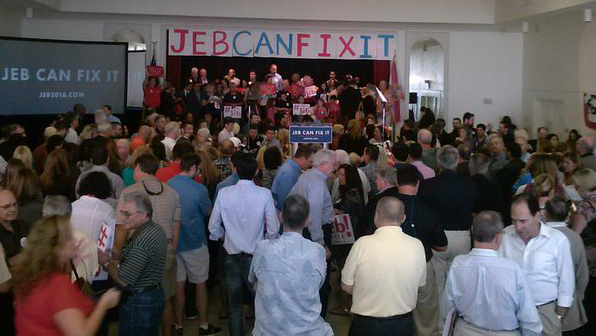 Jeb! Bush has suspended his campaign for president; we look back at the former Florida governor’s short run for president, what went wrong and what’s next. We also look at the controversial issue of superdelegates – it’s supposed to be one person, one vote, but some persons’ votes count more than yours! We speak with an actual Florida superdelegate, though she prefers the term “unpledged delegate.” Nancy Jacobson is an elected member of the DNC. She’s also part of the Democratic Progressive Caucus of Florida. It announced Monday that it is endorsing Sen. Bernie Sanders in the presidential preference primary.

Several callers said they supported Donald Trump because he would bring jobs back home to America. According to U.S. News & World Report, “The Economic Policy Institute, a left-leaning economic think tank in Washington, D.C., estimates that America. lost 2.7 million jobs as a result of the U.S.-China trade deficit between 2001 and 2011, 2.1 million of them in manufacturing. Wages of American workers have also suffered due to the competition with cheap Chinese labor.”