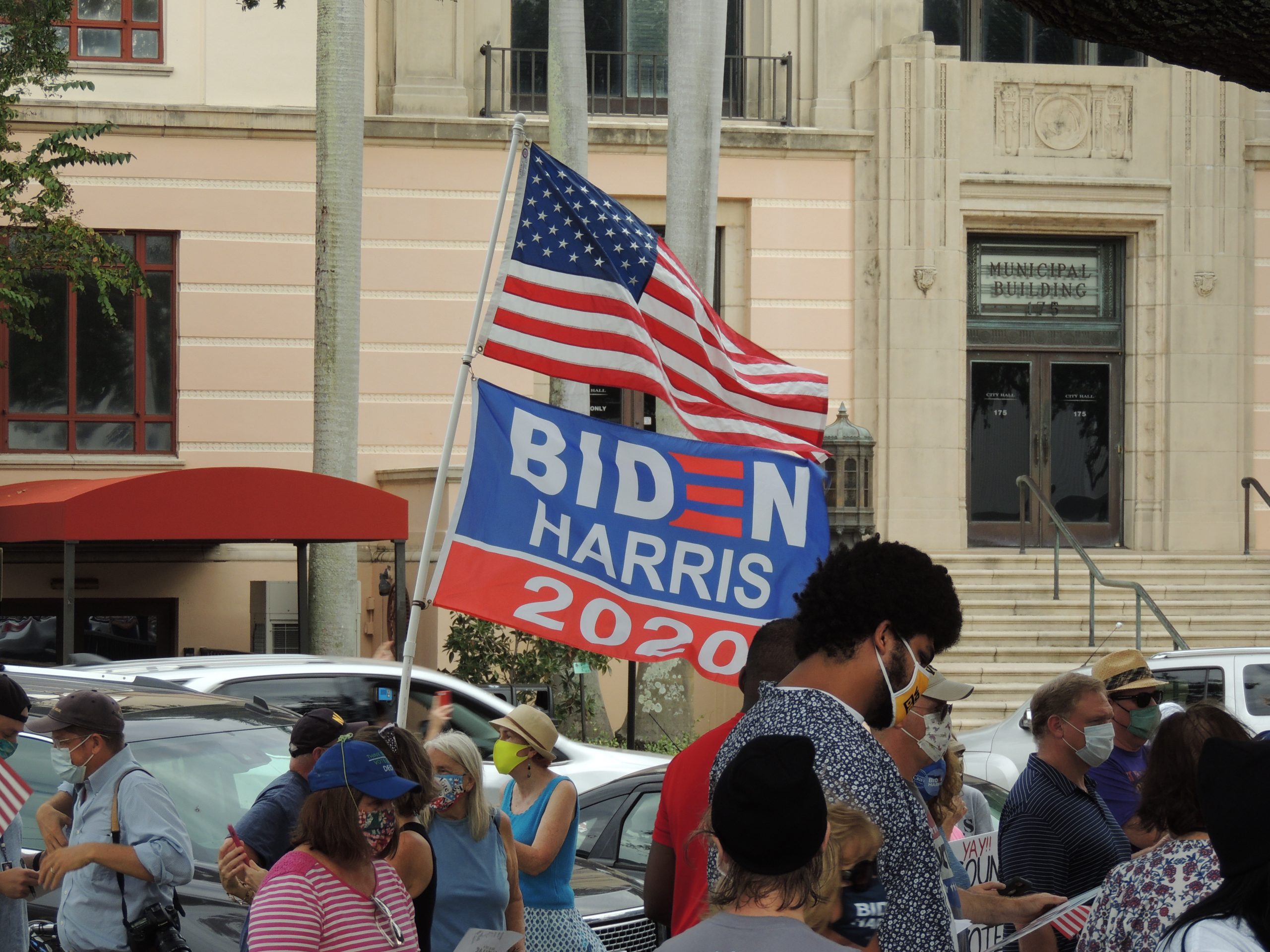 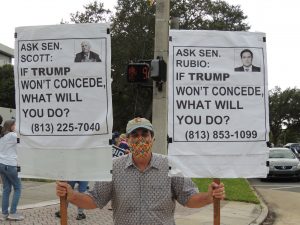 It came hours after the Associated Press and several other news organizations projected that Joe Biden would earn more than 270 Electoral College votes and therefore has defeated President Donald Trump.

At the street party in downtown St. Petersburg, Joan Thurman said her reaction was elation.

On Tuesday Caprice Edmund was elected to the Pinellas County School Board to represent the southern part of the county. At the Biden celebration, WMNF asked her first about her reaction to being elected and then about the Biden-Harris victory.

Listen to WMNF’s MidPoint Monday here, including an interview with Ciara Torres-Spelliscy, professor at Stetson University College of Law about President Trump’s challenge to the election results.

President-Elect Biden has won the 270 electoral votes necessary to elect him President, and American democracy has proven strong in the face of an extremely close election. Over four million more Americans voted for Biden than voted for President Trump. President-Elect Biden won both the Electoral College and the popular vote, something President Trump never attained. A basic tenet of freedom and of American democracy is “one person, one vote” – majority rules. 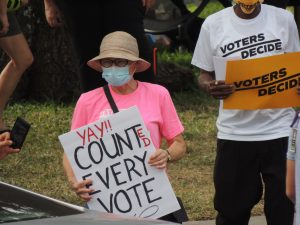 The transparent count by poll workers and everyday Americans, including Republican and Democratic volunteers, is vital to ensuring a free and fair election. You see them quietly serving when you vote. We owe them a debt of gratitude – true guardians of democracy.

Now that this hard fought election is behind us, let’s begin to pull together to serve the land we love. President-Elect Biden has said that he will be the President not just for those who voted for him, but for all Americans. Let’s take him at his word. I pledge to build bipartisan bridges, continue my effort in Congress to crush the coronavirus, help folks get back to work and send our children back to school safely. Right now, many of our neighbors need a helping hand and our small businesses need a boost. Together, we will work to lower the costs of health care and continue to perfect our Union by making America more fair, just and equal for all.