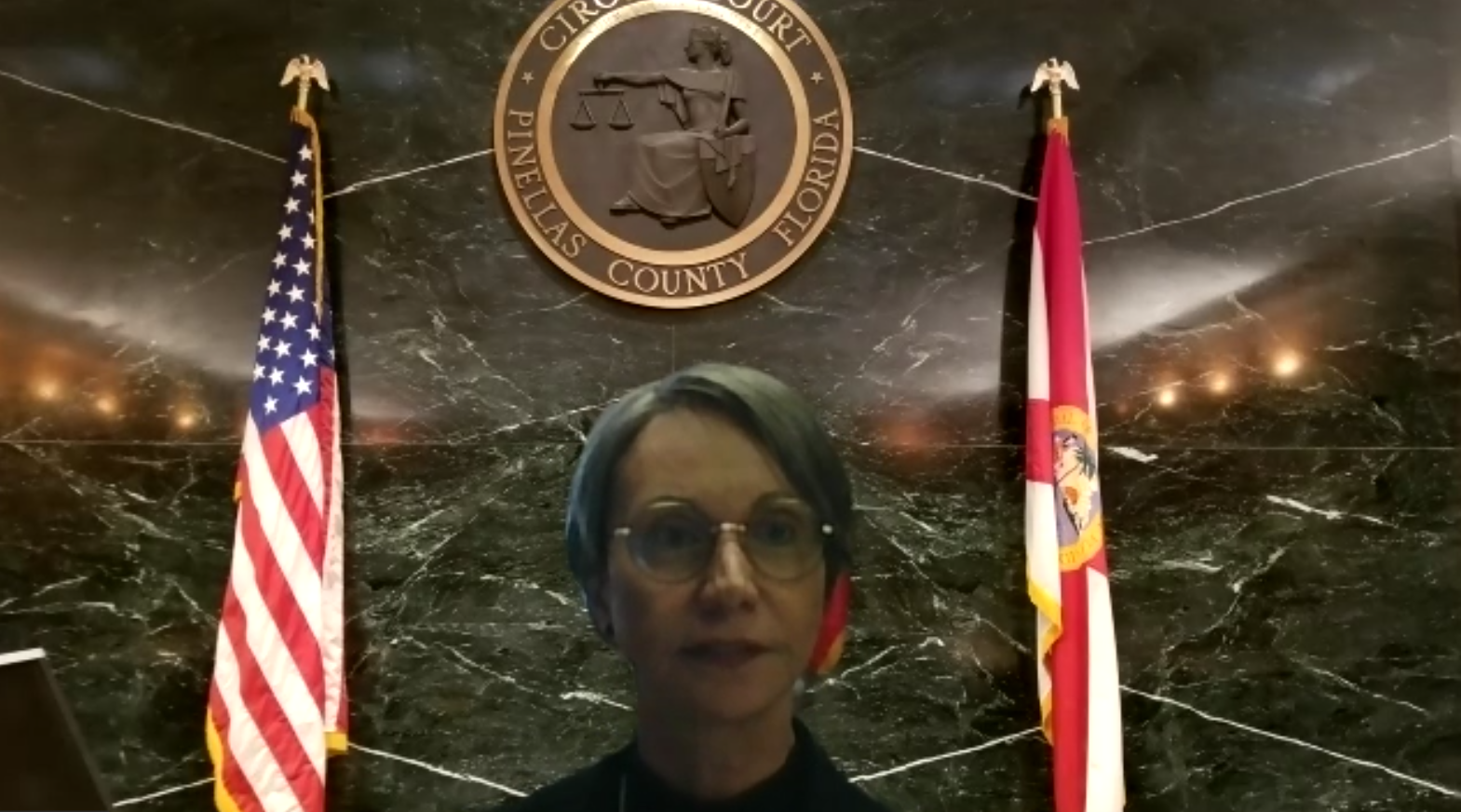 A judge in Pinellas County Friday said Supervisor of Elections Julie Marcus is following the law by asking voters if the address on their driver’s license is current.

The decision came during an emergency hearing requested by Marcus’s challenger in next month’s election who said the question violates state law.

Judge Linda Allan acknowledged Dan Helm’s sincerity in seeking relief but denied his request to block poll workers from asking the question. She also said the Supervisor’s office should review its policy in the future.

“It is something that deserves further consideration by the Supervisor of Elections,” Allan said.

Helm, a Democrat running to unseat Marcus as Supervisor in the general election, represented himself in a virtual hearing Friday. Helm sought the injunction just days before Monday’s start to early voting in Florida.

A matter of time

At question was a Florida statute regarding how poll workers confirm a voter’s address. Helm read the statute.

Pinellas County poll worker training materials directs poll workers to ask voters if the address on their identification is current. Helm said that violates the law.

“On Monday the check-in process will happen and the law will be broken,” he said.

But Marcus’s attorney, Kelly Vicari, said that’s not the case. Vicari said it’s about the timing.

“The Supervisor’s materials advise polls workers to compare the picture on a Florida Driver License or the Florida ID to the voter and then ask, ‘Is the address on your ID current?’ Then the ID is swiped into the electronic poll book,” she said. “It’s not known yet whether the addresses match, so Florida Statue 101.43(c) is not triggered at that point.”

Vicari also said the Supervisor’s office also has a duty to ensure voters aren’t committing voter fraud by voting in the wrong precinct and get the correct, precinct-specific ballot when votes are cast.

“You did absolutely get my attention with your motion,” she said. “I did initially look at the law that you cite and it did appear to me to have a clear meaning. Frankly, that’s the reason we’re having this hearing today.”

She ultimately said election law, and the supervisor’s responsibility, had to be looked at as a whole and not taken piecemeal.

“The election code, I believe, has to be read as a whole,” she said. “There is an obligation on the part of the Supervisor of Elections Office to determine whether the residency is correct in order to give the person the correct ballot.”

Helm challenged a similar procedure when he was a voter in Orange County in 2018 and won.

According to Orange County court documents, Helm dismissed his suit against Supervisor of Elections Bill Cowles when Cowles agreed to instruct poll workers not to ask additional address questions when presented with identification.

“Essentially the stipulation says, ‘hey, you’re right Dan. we’re gonna follow this. If the address matches we’re not gonna ask any additional questions,” Helm told WMNF Thursday. “They saw that I was right about the law. They saw they should have an obligation and duty to follow the law. That’s the same thing that I’d ask of this Supervisor of Elections.”

Early voting begins in Florida Monday with an expected record turnout before the Nov. 3 general election.