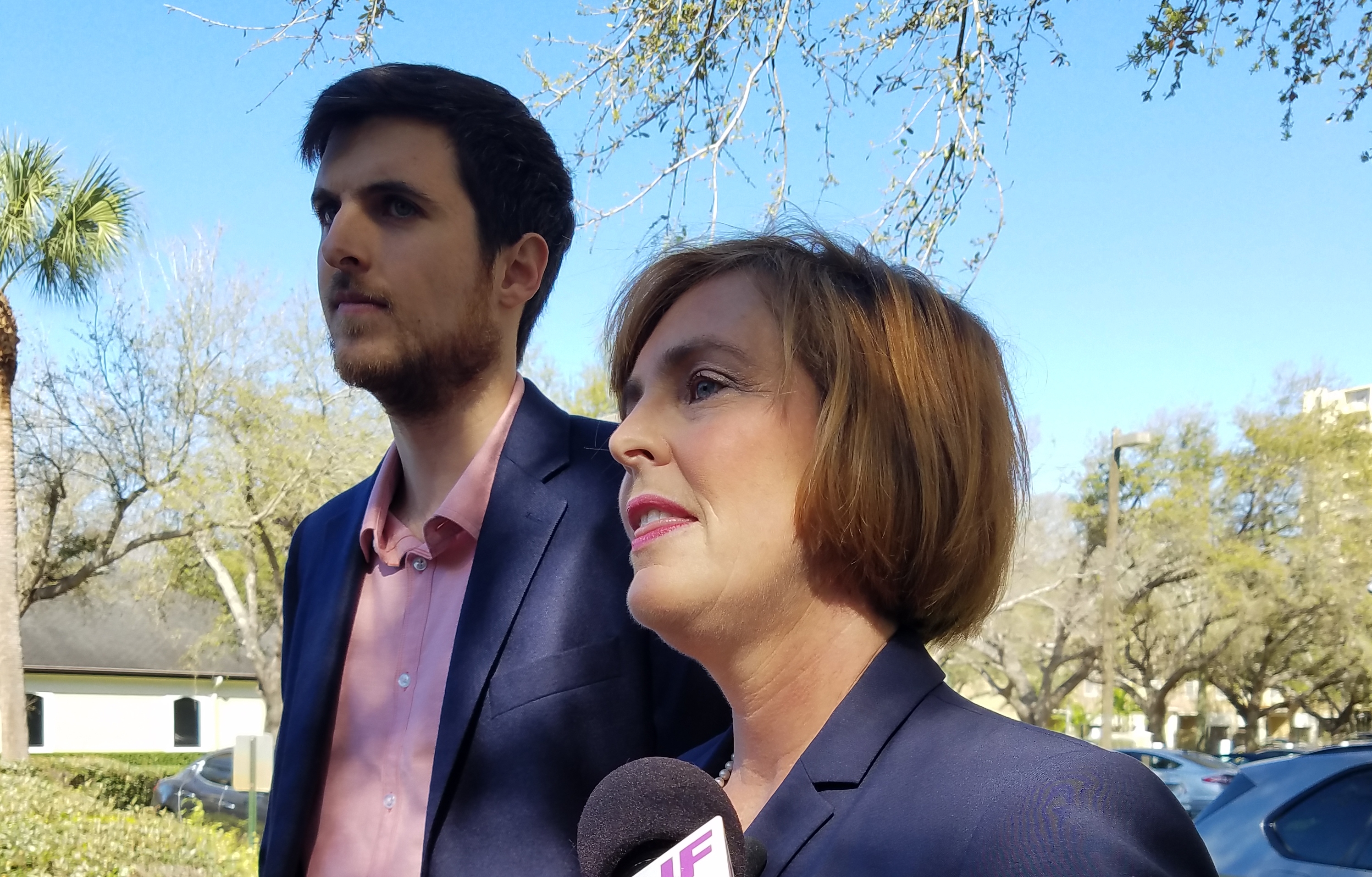 After years of criticizing the Affordable Care Act and unsuccessfully trying to repeal it, Congressional Republicans have unveiled a replacement; but Democratic Congress member Kathy Castor of Tampa says the proposed ACA replacement will cost more and cover fewer people.

“When you eliminate coverage for millions of my neighbors in Florida and make it more expensive for everyone else that has employer-based insurance. And you sock it to children, nursing home patients, the disabled — yeah, it’s pretty horrendous. That’s not our values, here. It’s simply not. And we’re not going to let that happen. And I think you see it from citizens rising up all over the country saying, ‘well, please, improve it – don’t deny coverage.’”

By her side was an Affordable Care Act customer, Joe Nammour, who uses the health insurance to pay for treating his multiple sclerosis.

“The ACA has given us the ability to not be discriminated against, based on a pre-existing condition. If it wasn’t for that we’d have to work for an employer to get that benefit. So, we’re very thankful for what the ACA has provided us and it seems like, like you were saying, that they’re going to continue to cover that.

“Thankfully, we’re actually not on the exchange, we’re on a private plan, but, my heart breaks for those like us who are on exchange plans, because, they could lose coverage and then what’s going to happen to them? Are they not going to be able to get the care they need? And that’s really the fear, you know? So, I think of them.

Nammour says a lapse in coverage could just mean missing a payment because of a computer mistake.

Castor is heading to Washington to take up the bill in her role as a member of the House Energy & Commerce Committee.

Castor calls it “a reverse Robin Hood,” in part because low-income Americans will be hurt the most.

“It’s a “reverse Robin Hood.” It is a steal from the poor to give to the rich–and even steal from working families–you don’t have to be poor here, if you’re going to weaken these important consumer protections.

“But, to give huge tax cuts to the wealthiest among us and then withdraw coverage that is important to so many more of our neighbors, I don’t understand that.”

Castor says when she was on the committee that wrote the original Affordable Care Act there was a diligent process. But now she feels the replacement is being rammed through by the GOP.

“Well, to the contrary, the last Affordable Care Act–I was on the committee that helped write the bill–the difference is, before we went to a committee mark up, we had had months and months of hearings and heard from experts and folks all across the spectrum and many of our neighbors and then many who are academics and crafted that bill. Remember, it bounced around for a long time. It just wasn’t true: it’s something of a canard that people didn’t have an opportunity to read the bill, to the contrary.

“But, here, this is a little different isn’t it? Here, we have a bill released last night and my committee is supposed to go in and vote on it tomorrow. My republican friends would have us vote on it, without understanding what it does to the uninsured number, in the country; without understanding the cost of the bill, because the Congressional Budget Office has not had time to analyze the impacts. That’s not fair, really. We really need to– and I think you’re gonna hear us raise that as a significant concern, before we’re forced to vote yes or no on the bill in committee.”