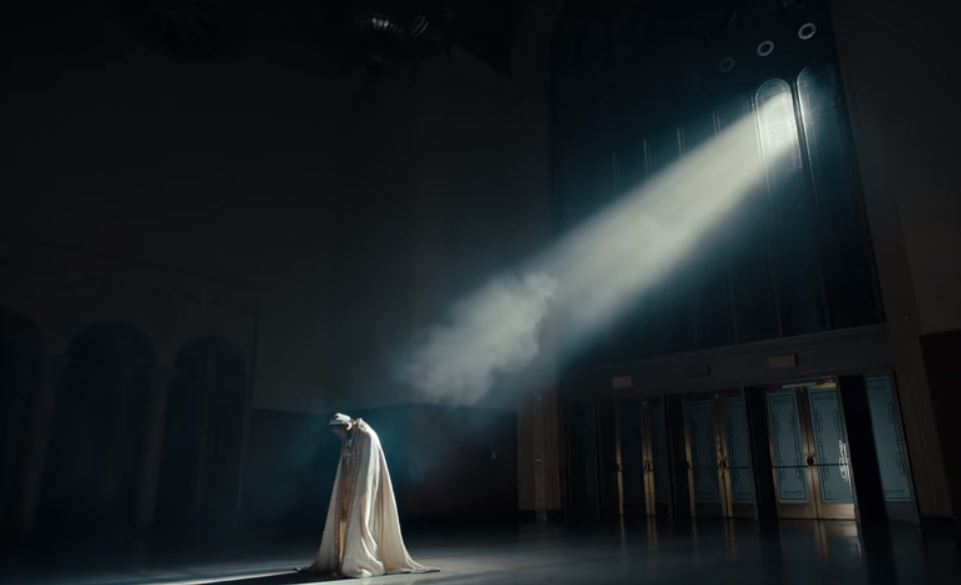 NEW YORK (AP) — Kendrick Lamar won the Pulitzer Prize for music Monday, making history as the first non-classical or jazz artist to win the prestigious prize.
The revered rapper is also the most commercially successful musician to receive the award, usually reserved for critically acclaimed classical acts who don’t live on the pop charts.

The 30-year-old won the prize for “DAMN.,” his raw and powerful Grammy-winning album. The Pulitzer board said Monday the album is “a virtuosic song collection unified by its vernacular authenticity and rhythmic dynamism that offers affecting vignettes capturing the complexity of modern African-American life.” He will win $15,000.

Lamar has been lauded for his deep lyrical content, politically charged live performances, and his profound mix of hip-hop, spoken word, jazz, soul, funk, poetry and African sounds. Since emerging on the music scene with the 2011 album “Section.80,” he has achieved the perfect mix of commercial appeal and critical respect.

The Pulitzer board has awarded special honors to Bob Dylan, Duke Ellington, George Gershwin, Thelonious Monk, John Coltrane and Hank Williams, but a popular figure like Lamar has never won the prize for music. In 1997, Wynton Marsalis became the first jazz act to win the Pulitzer Prize for music.

That makes Lamar’s win that much more important: His platinum-selling major-label albums — “good kid, m.A.A.d city,” ”To Pimp a Butterfly” and “DAMN.” — became works of art, with Lamar writing songs about blackness, street life, police brutality, perseverance, survival and self-worth. His piercing and sharp raps helped him become the voice of the generation, and easily ascend as the leader in hip-hop and cross over to audiences outside of rap, from rock to pop to jazz. He’s also been a dominator on the charts, having achieved two dozen Top 40 hits, including a No. 1 success with “Humble,” and he has even collaborated with the likes of U2, Taylor Swift, Imagine Dragons, Rihanna and Beyonce.

His music, with songs like “Alright” and “The Blacker the Berry,” have become anthems in the wake of high-profile police shootings of minorities as the conversation about race relations dominates news headlines. He brought of dose of seriousness to the 2015 BET Awards, rapping on top of a police car with a large American flag waving behind him. At the 2016 Grammys, during his visual-stunning, show-stopping performance, he appeared beaten, in handcuffs, with chains around his hands and bruises on his eyes as he delivered powerful lyrics to the audience.

Lamar’s musical success helped him win 12 Grammy Awards, though all three of his major-label albums have lost in the top category — album of the year. Each loss has been criticized by the music community, launching the conversation about how the Recording Academy might be out of touch. “DAMN.” lost album of the year to Bruno Mars’ “24K Magic” in January.

The rapper, born in Compton, California, was hand-picked by “Black Panther” director Ryan Coogler to curate an album to accompany the ubiquitously successful film, giving Lamar yet again another No. 1 effort and highly praised project.

Finalists for the Pulitzer Prize in music were Michael Gilbertson’s “Quartet,” which debuted last February at Carnegie Hall, and Ted Hearne’s “Sound from the Bench,” a 35-minute cantata released last March.

Here are all the winners 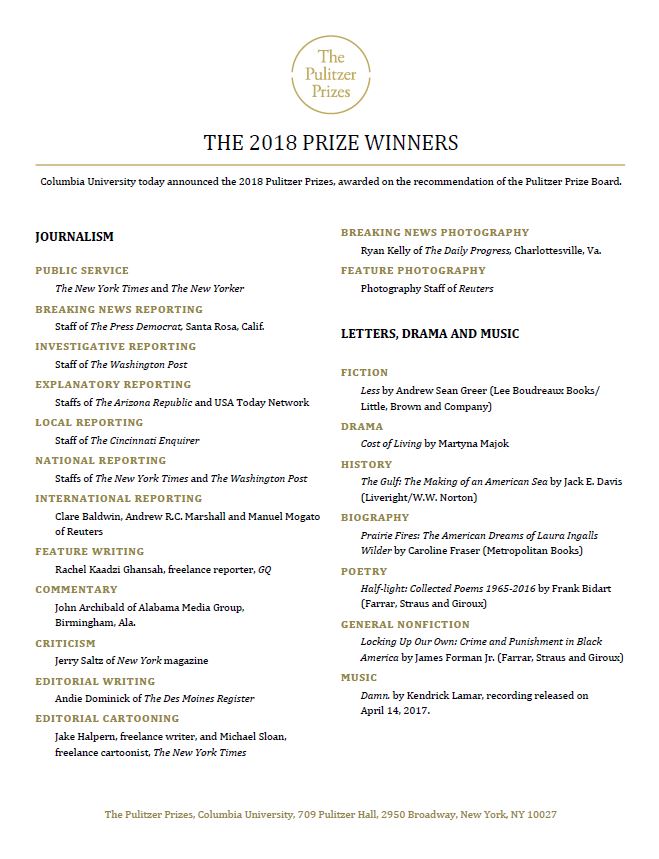