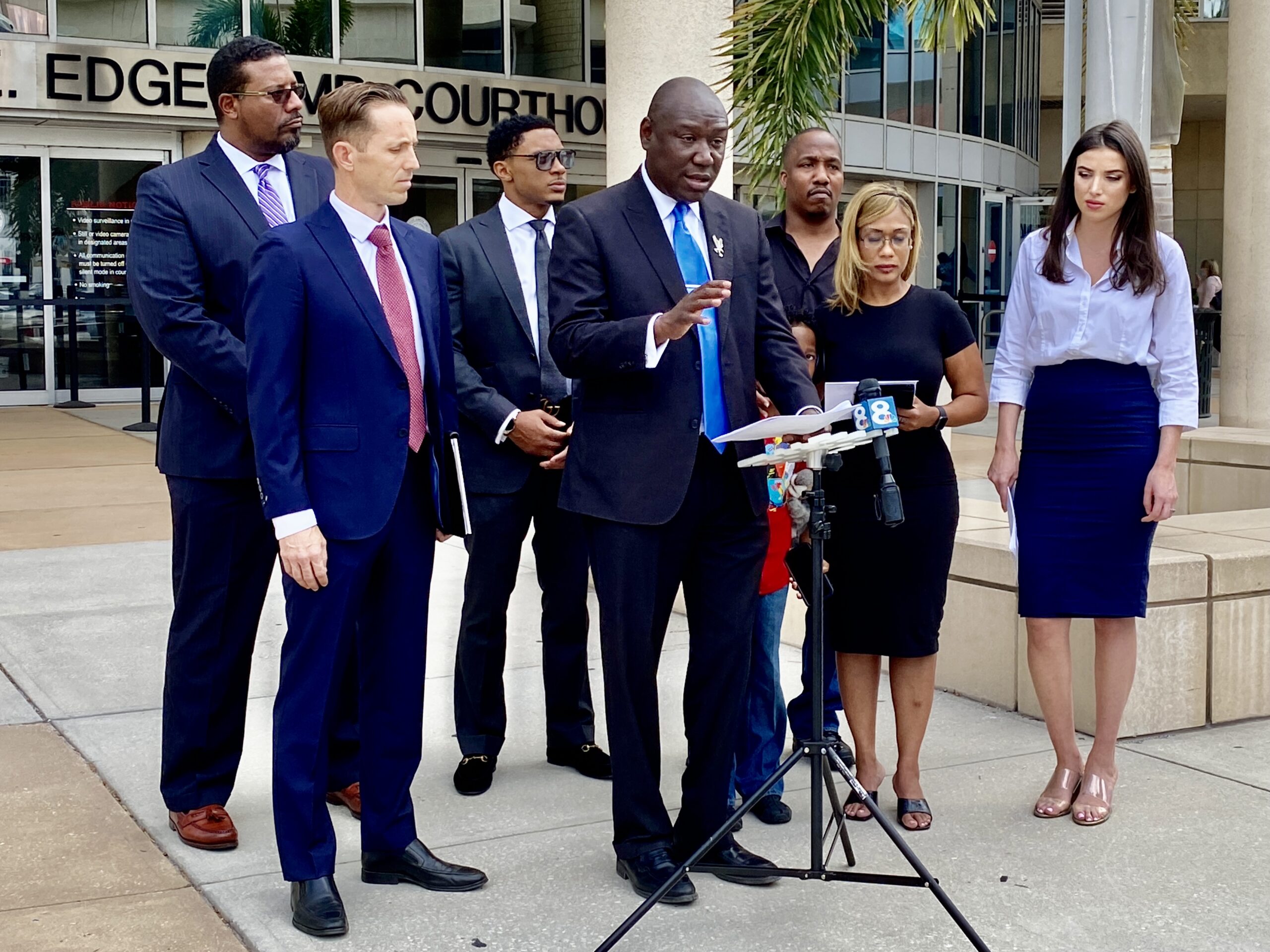 “Make no mistake about it, what we are here for today, in announcing the filing of this lawsuit on behalf of the more than 100 families that have retained our legal team to represent them, is to make a statement against a corporation putting profit over the safety of people. It is that simple. And we want to make sure that Gopher Factory knows that we will not accept this here in Tampa, Florida.” stated Crump.

Crump alleges that Gopher exposed workers to dangerous amounts of lead and other toxic materials that resulted in deaths, cardiac and other health illnesses, as well as injuries and illnesses to their families.

According to the Tampa Bay Times investigation, at least 14 employees, all under 60 yrs old, have had heart disease, cardiac arrests or strokes. Also , 17 children of employees have tested positive for lead levels in their blood.

Koungnum Brown, a former employee spoke of the conditions in the plant, including temperatures over 117 degrees, lead dust, drainage issues, and lack of adequate safety equipment. He stated “Water is used to cool the lead. Well the water wasn’t draining properly, so we had water all over the floors. At first, that was good, because it kept the dust down. But then, we were vacuuming the water.” He went on to explain that they had to stop the vacuuming due to breakage. Lead dust was clogging the ventilation system and coated all surfaces of the plant, including on employees.

As there are no decontamination facilities at the factory, lead particles on Mr. Brown’s  clothing and body were carried into his home and car. His son, who has been diagnosed with physical and mental disorders, including autism, and seizures, has tested positive for elevated lead levels.

According to the Tampa Bay Times investigation, at least 14 employees, all under 60 yrs old, have had heart disease, cardiac arrests or strokes. Also , 17 children of employees have tested positive for lead levels in their blood.

Attorney Crump pointed out that the same corporation that owns Gopher, also has a factory in Minnesota. However, the Minnesota plant is in a mostly white community and has the safety features that are lacking in the predominantly minority community of East Tampa.

“More than a lot of minorities had to stand the brunt of this environmental Injustice here in East Tampa. And far too many times in Black communities, we are the victims of these environmental injustices. The science has told them, that when children are exposed to lead poisoning, how levels of lead in their blood, that it stunts their brain development. And tragically and unfortunately, when black children have mental health issues, as they grow up,  they are not treated like mental health issues. They’re treated like criminal issues. And we know when young black people are treated as criminals, the results can be fatal beyond just health conditions.”