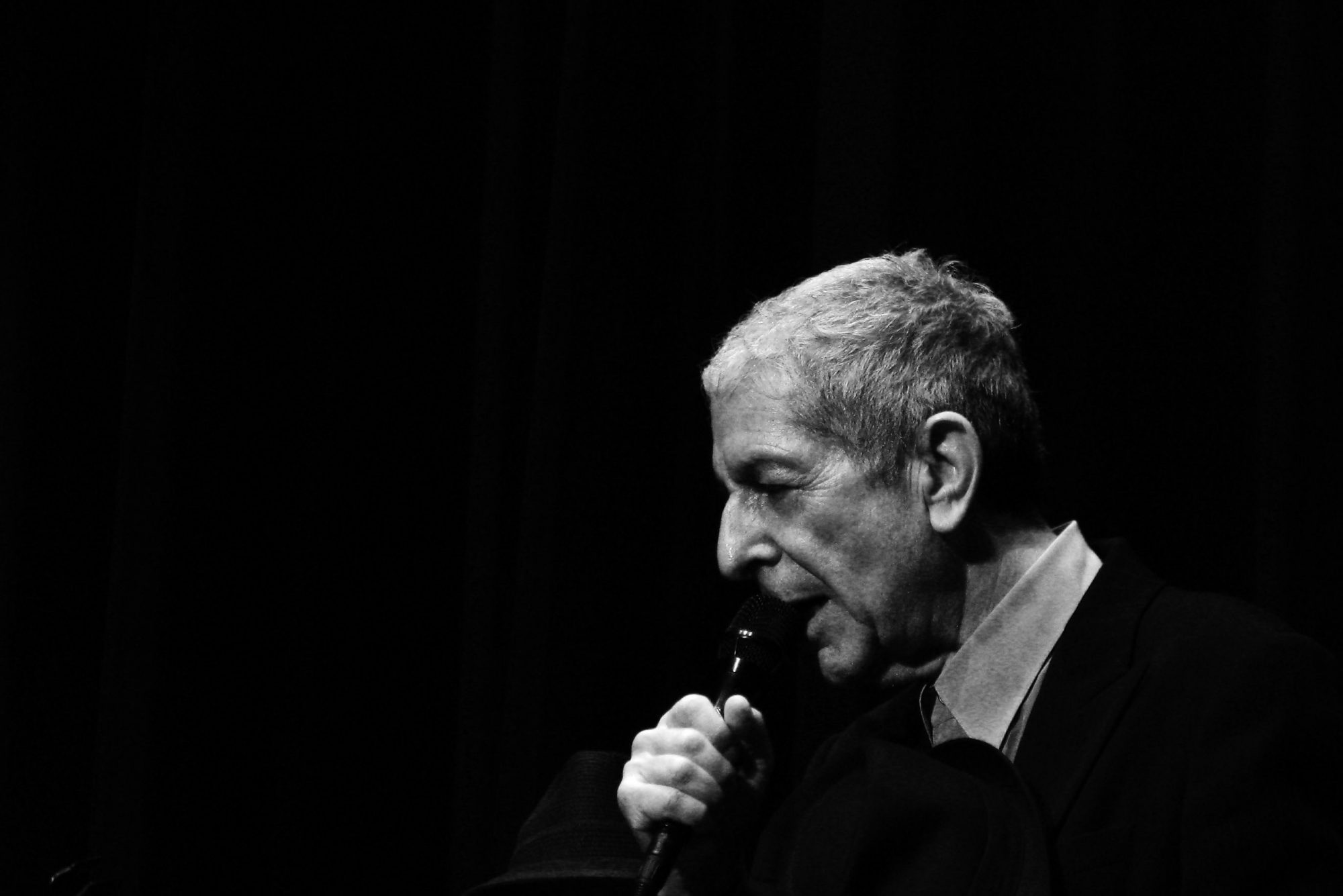 A few years ago I got a text from a friend who was bartending at the Hollander Hotel in St. Petersburg.

‘Mate, Leonard Cohen is drinking at my bar, get over here.’

Sadly, I was in Tampa and couldn’t do that. But I posted it on the Art in Your Ear Fb page, and 4,000 hits later, people were hanging with Leonard Cohen in various joints in downtown. He was friendly, but tired, they said.

The trio of loss has been completed in 2016: Bowie, Prince, and finally Leonard Cohen. The mystic, carnal, sad and merry Leonard Cohen. Here are just a few glimpses of him.

And how can we not love his poetry?

Beneath my hands
your small breasts
are the upturned bellies
of breathing fallen sparrows.

Wherever you move
I hear the sounds of closing wings
of falling wings.

I am speechless
because you have fallen beside me
because your eyelashes
are the spines of tiny fragile animals.

I dread the time
when your mouth
begins to call me hunter.

When you call me close
to tell me
your body is not beautiful
I want to summon
the eyes and hidden mouths
of stone and light and water
to testify against you.

I want them
to surrender before you
the trembling rhyme of your face
from their deep caskets.

When you call me close
to tell me
your body is not beautiful
I want my body and my hands
to be pools
for your looking and laughing.
(from “The Spice-Box of Earth”)

Perhaps his most well known song, or at least his most covered, is Hallelujah. The song had a tortuous birth, refusing to be finished, but eventually it was done, and even more eventually, it was released. And kind of ignored. But then it had a second birth, and a third, and became the standard, classic, Hallelujah!  Though in an interview in 2009, Cohen said, ‘I think it’s a good song, but I think too many people sing it.’

But it is a beautiful, pained song, wrenched up from the depths. It’s lyrics –

Now I’ve heard there was a secret chord
That David played, and it pleased the Lord
But you don’t really care for music, do you?
It goes like this
The fourth, the fifth
The minor fall, the major lift
The baffled king composing Hallelujah

and the calm sorrow with which they are sung, have struck that secret chord.

Just one more song for you, You’ve Got Me Singing, in which he has written

Thank you, sir, for everything.