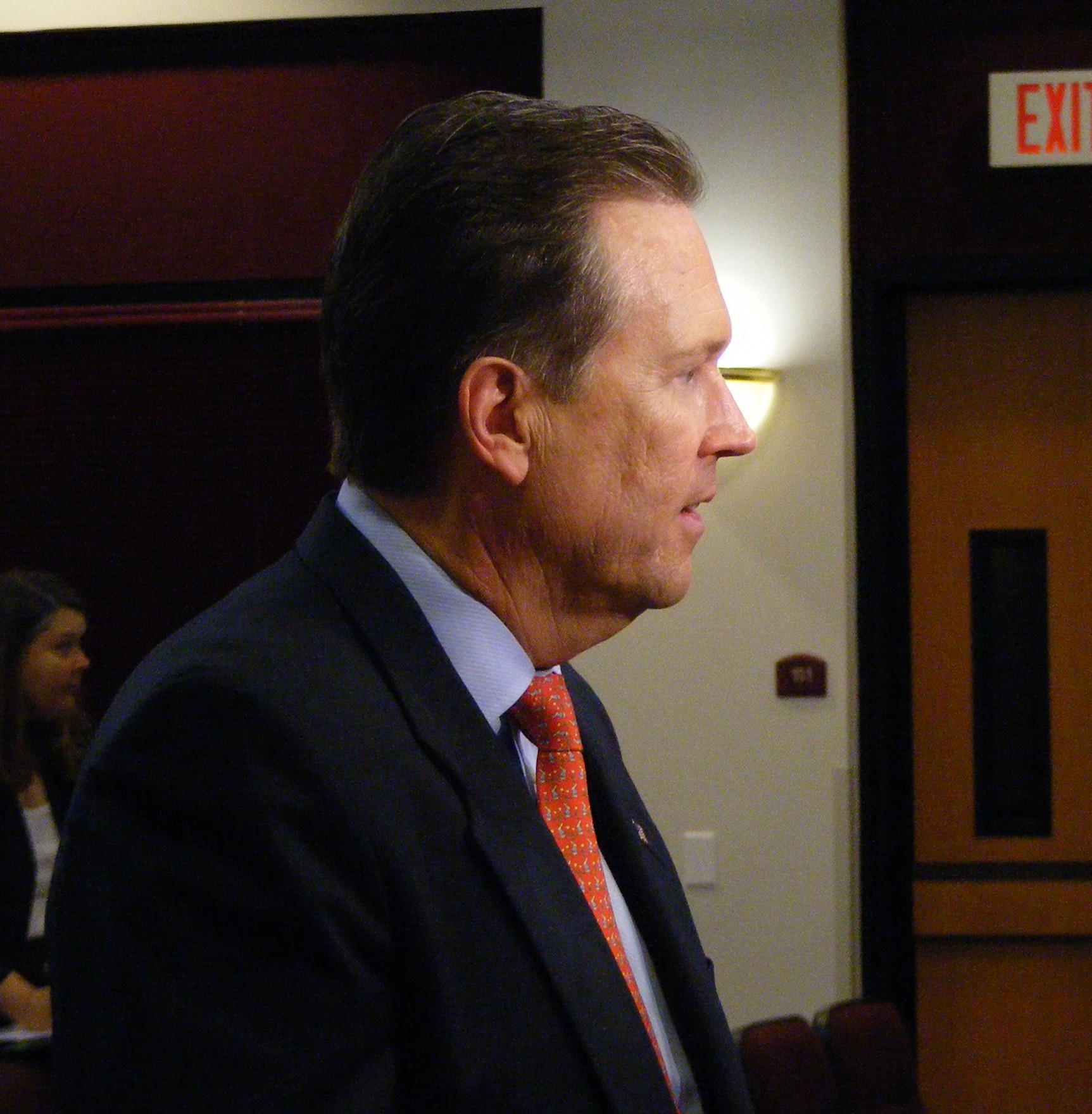 Last week groups of conservatives and liberals faced off outside the Sarasota office of Congress member Vern Buchanan.

The tense, but non-physical, confrontation was first reported by the Herald-Tribune.

To find out what happened, WMNF spoke with Dianne Perry. She is with the liberal group Action Together Suncoast, which is affiliated with the Indivisible movement.

“We were at both his Bradenton and Sarasota [offices] last Monday. We were there to ask for a town hall [meeting]. … We want to talk to him.”

“We arrived [in Sarasota]  and there were maybe – I counted about 15 – people there with red hats on. MAGA hats, Trump supporters, ‘Women for Trump’ shirts and so forth. So they were in the front of the building. We went to the side; we did not want conflict. We were setting up. They came over to the side with a cowbell and bullhorn. For a while we had dueling bullhorns going on.

“We did have a couple people engage and argue with them. At which I interrupted and asked them not to do that. That’s one of the rules of our group is do not engage. It’s dangerous for yourself and the other people who are there. It’s not a good practice. It’s not good for the reputation of the group, either. We had one person that did not listen to me. The Herald-Tribune got a picture of her and they printed it on the first page.”

What was it like to have someone ringing a cowbell right in front of you?

“It was very annoying. It was hurtful to the ears and rude (laughter).”

Have you had any demonstrations since then or are there any planned?

“Not at the moment. We’re discussing doing weekly protests at his office again.”

Have you heard from Congress member Vern Buchanan?