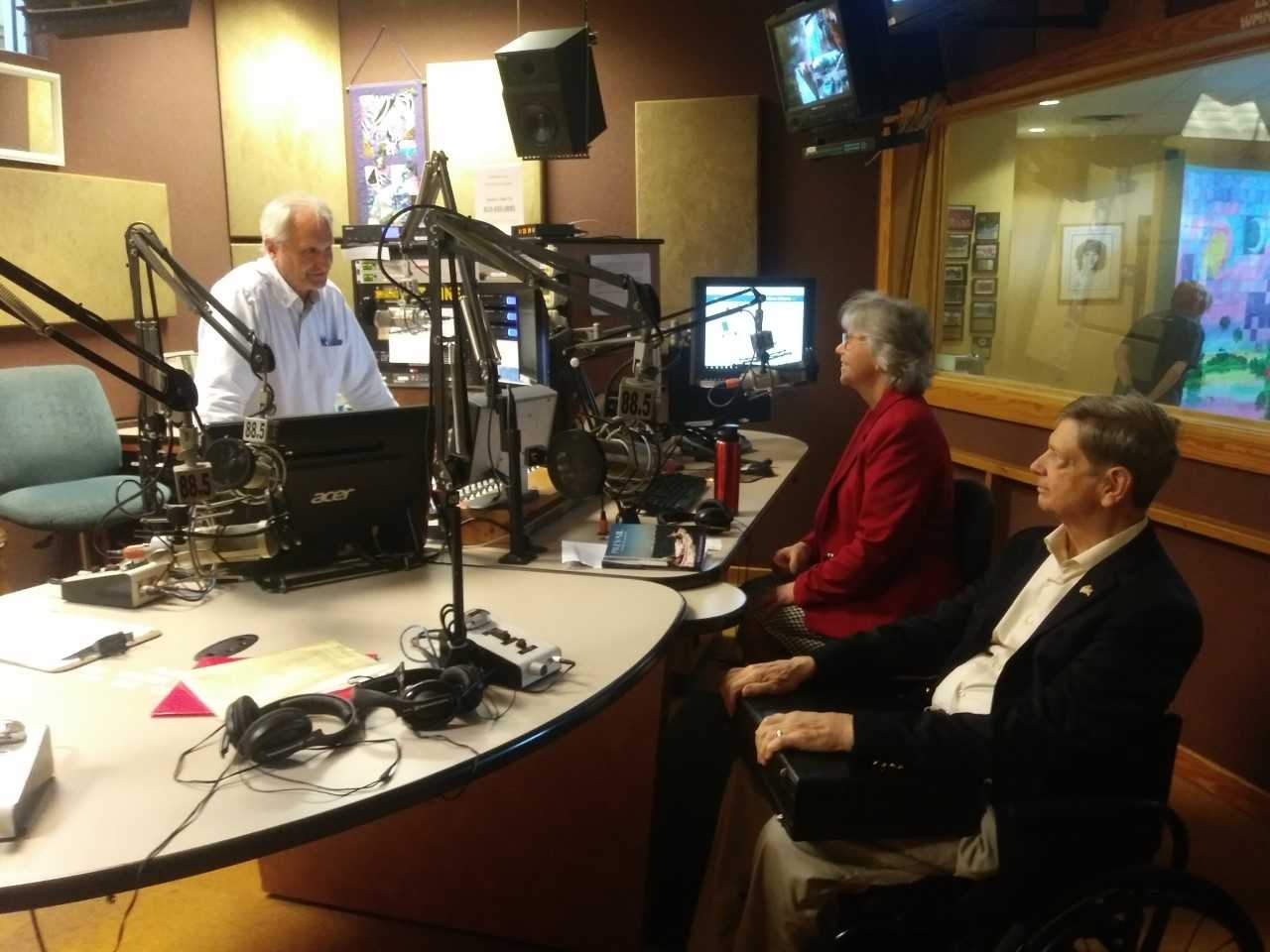 Coming up we’ll meet a local woman who, after surviving an extremely rare and dangerous form of cancer, has had an amazing series of adventures in her life— including a 1200 mile sailing trip. We’ll meet her in a moment. Later we’ll talk about central Florida Sheriff who terrorized blacks and whites in Lake County just north of Tampa.

Our first guest today is Alder Allensworth who at a relatively young age was diagnosed with a rare and often deadly form of cancer— that was growing in her left tear gland. The disease is often fatal. But she survived. She lost her eye to the disease. But since then she’s accomplished a lot—a 1200 mile sailing trip on a twelve foot boat, a 500 mile trek across France and Spain, and getting a nursing degree. She’s written a book called PREVAIL: Celebrate The Journey (Richter) and she’ll be speaking this Sunday at Inkwood Books in Tampa.

In his new book BENEATH A RUTHLESS SUN Pulitzer Prize winning author Gilbert King takes us again to Lake County Florida—about a ninety minute drive North of Tampa. That was the scene of his previous book—describing a racist Southern Sheriff who ruled the county from the mid-40’s to the early 1970’s. McCall’s killing of an innocent murder suspect- was the subject of his last book DEVIL IN THE GROVE: Thurgood Marshall, the Groveland Boys and the Dawn of a New America. In his new book he takes us back to the 1950’s and describes another miscarriage of justice in an era where Sheriff McCall and his allies in local society and government would do almost anything to preserve segregation of the races. I spoke with Gilbert King yesterday.