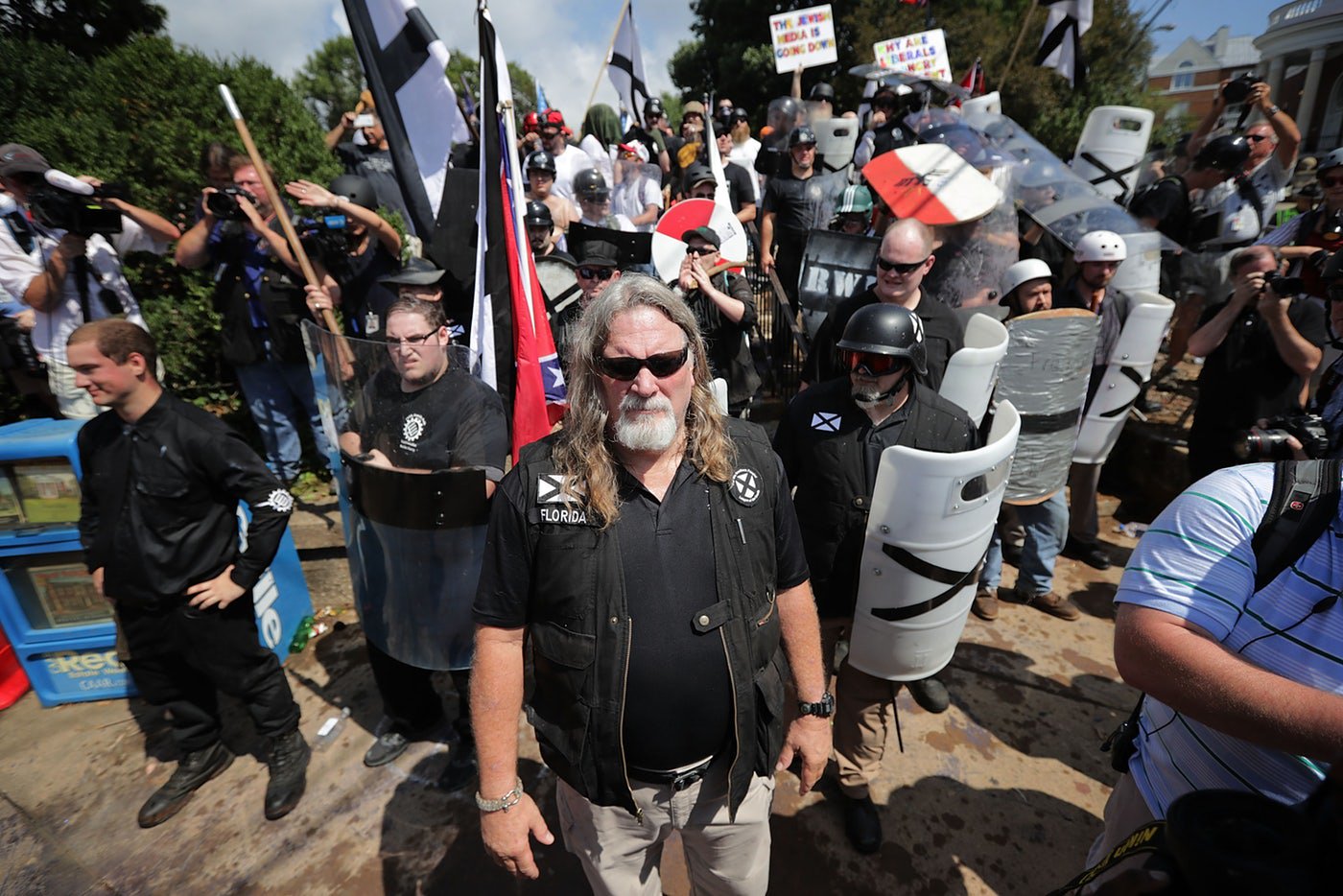 Good morning, welcome to another edition of Radioactivity. I’m Rob Lorei. Coming up—

Hate crimes are on the rise in the US. In the wake of the weekend massacre of shoppers in El Paso—we’ll talk with a leading expert on right wing violence .

But first- some listener comments about yesterday’s program On the show we interviewed Gail Schwartz- leader of an effort to ban military style assault rifles in Florida. Here’s what six listeners had to say.

A new report shows that 2018 saw a national rise in hate crimes, and that almost all extremist homicides were carried out by the far right.

Hate crimes rose 9% to a decade high of 2,009 in 30 US cities surveyed for the Center for the Study of Hate and Extremism (CSHE), headquartered at California State University at Santa Barbara, which published the report on Tuesday.

The rise is the fifth consecutive increase and the steepest rise since 2015, and the trend has continued to rise so far in 2019, the report said. The rise happened even as overall crime rates continued to decline across those cities surveyed.

The most frequently targeted groups nationally were blacks, Jews and LGBTQ people. The report shows that there was a particularly large increase in antisemitic incidents in cities like New York, and records 2018 as the “worst year ever for antisemitic killings in the United States”.

Leonard Zeskind is the President of the Institute for Research and Education on Human Rights- an expert on right wing extremism in the US. He’s the author of

“Blood and Politics,” a history of the white nationalist movement.

Leonard Zeskind, author of “Blood and Politics,” a history of the white nationalist movement, recently told the Washington Post “the ugliest phenomena often develop in countries when there is a vacuum of moral leadership. Zeskind explained that white nationalism is autonomous from any political formation, but that Trump energizes its followers.

“He gives it voice. He’s their megaphone,” Zeskind said. He added, “Donald Trump, dumping on immigrants all the time, creates an atmosphere where some people interpret that to be an okay sign for violence against immigrants.””

The report also stated that the total number of extremist homicides decreased sharply from 36 in 2017 to 22, but that “white supremacist” homicides increased to 17, and along with two murders associated with “extreme misogyny” made up the vast majority of extremist murders.

On 27 October 2018, in the lead-up to the midterm elections, Robert Bowers allegedly killed 11 worshippers at the Tree of Life synagogue in Pittsburgh, Pennsylvania, in the worst antisemitic massacre in US history.

The increase in homicides around the midterm election was in keeping with longterm trends that the report points to regarding an increase in hate crimes around major political events.

The report warns that “the risk of extremist violence by (white nationalists) will likely continue into this current nascent political season”, and that they will “maintain their position at the top of the threat matrix”.

Despite recent moves from Republicans to define anti-neo-Nazi groups known as “Antifa” as a terrorist organization, the report suggests that the far right has presented a much more serious threat of deadly extremist violence.

The report points to “politically motivated assaults and suspected crimes–and non-violent protests” from “Antifa, anarchists, and hard left extremists”, and details 19 incidents of “Antifa harassment and violence” throughout 2018 and 2019.

CSHE director Brian Levin said in a telephone conversation that there is “a sliver of violent Antifa” but “we’re not seeing the hard left yet going in and doing mass political violence”.

He said that he and CSHE colleagues are “concerned about increasing political violence”, but “we have to be very careful about who we label terrorists”.

The report records that 26 transgender people were murdered in 2018. But the biggest percentage increase in reported hate crimes was against whites, from a relatively low base.

Despite recent allegations of a wave of “fake hate crimes” in rightwing media, the CSHE could only find 11 false hate crime reports in 2018.