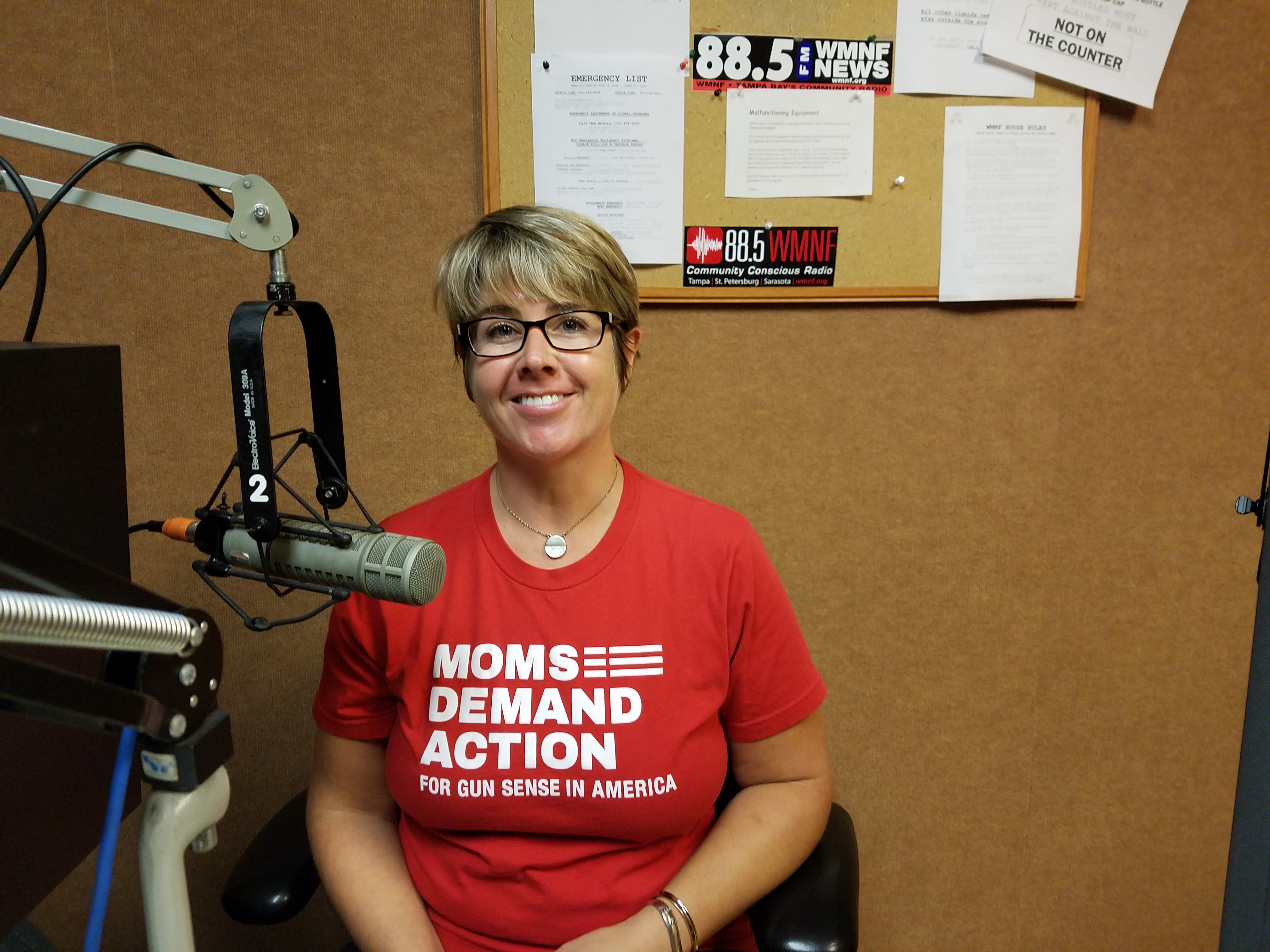 People trying to come up with solutions to gun violence are planning a march in downtown Tampa this weekend; organizers point to what they’re calling “dangerous and divisive propaganda” coming from the National Rifle Association.

Michelle Gajda is Florida chapter leader for Moms Demand Action for Gun Sense in America, one of the organizers of Sunday’s march. It begins at 11 in the morning at Tampa’s Curtis Hixon Waterfront Park.

“We are rallying to denounce the latest series of propaganda videos put out by the NRA. There is no mistaking, at this point, the NRA’s leadership; their effort, their goal is to ignite a culture-war. They are doing this by dog-whistling to white supremacists, attacking peaceful protesters and by promoting violence against others.

“As part of the front line in the fight against the NRA’s extremist leadership, we as Moms Demand Action, are supporting the efforts of the Women’s March to expose and confront the gun lobby’s long history of racism, sexism, bigotry and dangerous extremism.”

And you’re doing that with a rally this weekend. Where is it going to be? When? And how can people find out more information?

“We are meeting on Sunday, at 11:00 a.m., at Curtis Hixon Park, downtown. We will march from the part to the Federal Courthouse, where we will have a series of speakers. The event is scheduled to take place from 11:00 a.m. to 1:00 p.m. We are asking all of those who are interested in attending to wear the color orange. The color orange is what hunters wear in the woods to signal “don’t shoot,” and so that’s the color that the gun violence prevention community has adopted.”

And is there a website or a phone number?

“You can visit momsdemandaction.org. You can visit the National Women’s March site to find out about rallies that are planned all across the country, not just in Florida, for individuals who are interested in those.”

Thanks so much for your time.

Other march sponsors include the Tampa and Pinellas chapters of the Women’s March.

Listen to more about the march on From a Women’s Point of View here.

Hear more about the NRA ad on MidPoint here.