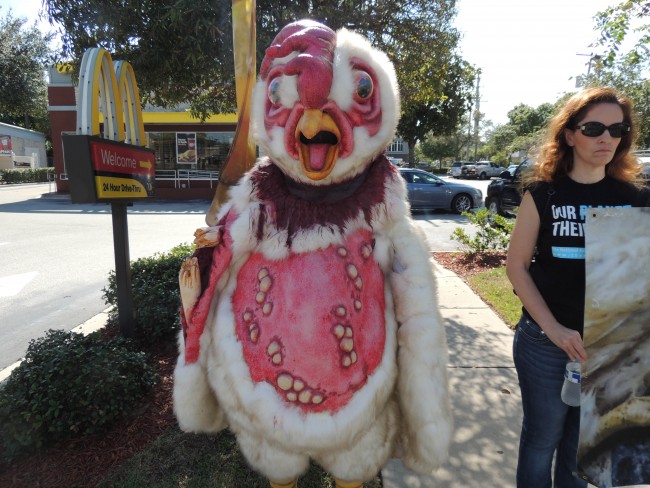 An animal advocacy group is calling on McDonald’s restaurants to put animal welfare standards in place after undercover videos surfaced showing abuse of chickens at farms that had supplied chickens to the large fast-food chain; Thursday in front of a McDonald’s on West Kennedy Boulevard in Tampa, seven supporters of the group Mercy for Animals held signs saying things like “McDonald’s tortures animals.” One person wore a chicken suit that depicted wounds to the neck, belly and wing.

The manager of the Kennedy Boulevard McDonald’s would not agree to a taped interview but he said the farm where a video had been filmed was shut down. He also said many McDonald’s restaurants in Florida purchase chickens from a distributor that’s not Tyson Foods, which contracted the farm in question.