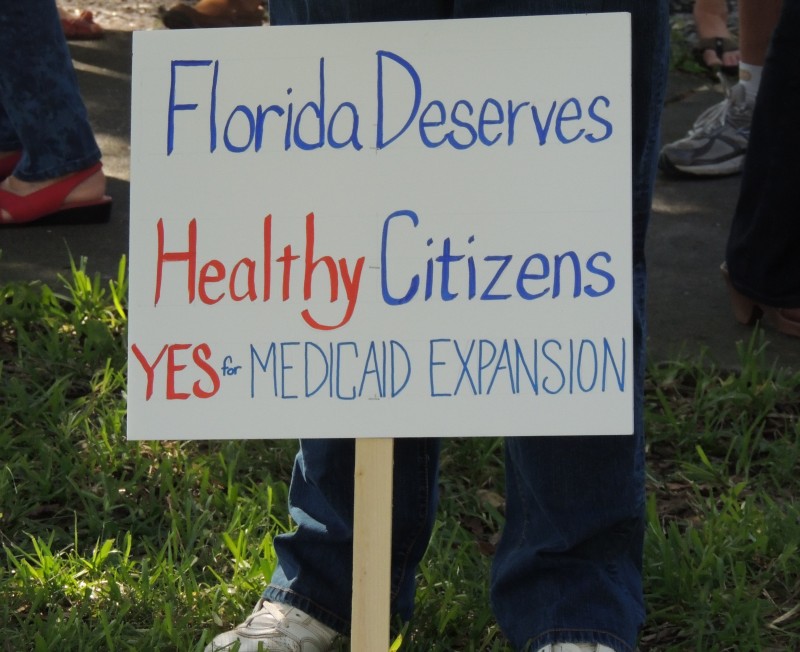 By Jim Saunders ©2023 The News Service of Florida

TALLAHASSEE — After Medicaid enrollment soared during the first three years of the COVID-19 pandemic, more than 1 million Floridians likely will drop off the health-care program in 2023.

Changes will start taking effect in April and end Medicaid coverage for people who are determined to be ineligible, which could have major implications for the health-care system and the state budget.

Casey Penn, assistant secretary for economic self-sufficiency at the Florida Department of Children and Families, told a House committee Wednesday that the agency knows of 900,000 people who are no longer eligible for coverage. But the number of beneficiaries who could be removed from the program likely will be far larger — for example, Penn said it is not clear whether another 850,000 people are eligible.

The issue is rooted in a “public health emergency” that the federal government declared in 2020 as the pandemic began. Medicaid is jointly funded by the federal and state governments. As part of the emergency, Washington agreed to pick up more of the tab for the program.

But there was a catch: In exchange for the extra money, states had to agree that they wouldn’t drop people from the Medicaid rolls during the emergency. Florida’s program has grown from nearly 3.8 million beneficiaries in January 2020 to about 5.64 million beneficiaries last month, at least in part because people who might not otherwise be eligible for coverage could not be dropped.

“The federal government during the pandemic said once you are on, it’s like being on the Supreme Court — you can’t get kicked off,” House Health & Human Services Chairman Randy Fine, R-Brevard County, said Wednesday as his committee got a briefing on the issue. “And so we have people who qualified at one moment in time but do not qualify today.”

But in a budget law signed last month, Congress approved allowing states to begin “disenrolling” ineligible people from Medicaid beginning in April. Meanwhile, the federal government will gradually scale back the extra money it has provided to states, with the extra money ultimately eliminated in 2024.

That has spurred the Department of Children and Families, which oversees enrollment determinations in Florida’s program, to develop plans for carrying out the changes. The plans include steps such as determining who remains eligible and providing notices to people before they can be disenrolled.

Penn told the House Health & Human Services Committee that the department has tried to keep in touch with beneficiaries to maintain updated information about issues such as their income levels.

“We wanted to ensure that the coverage for eligible individuals continues. So if you are eligible for Medicaid, we want to make sure that you maintain that eligibility and you know the process that you need to do,” Penn said. “And also promote the alternative health options for those who are no longer eligible.”

Officials said disenrollment will play out over several months, with the state initially targeting the 900,000 beneficiaries who have already been identified as ineligible. It’s not clear how many people could ultimately be dropped from the program.

Tom Wallace, deputy secretary for Medicaid at the state Agency for Health Care Administration, told a Senate panel Wednesday that the disenrollments won’t quickly lead to the program returning to its January 2020 level of nearly 3.8 million beneficiaries.

Medicaid is the largest part of the state budget, totaling more than $36 billion this year. Republican lawmakers have long complained about the costs, while Democrats have unsuccessfully tried to expand eligibility criteria so more people can get coverage.

The changes could send people searching for affordable health coverage. Officials said Thursday that at least some ineligible people who have remained on the Medicaid rolls during the pandemic likely can receive coverage from employers.

Penn said the state is also preparing to take other steps to address people who lose coverage. As an example, it will refer children to the Florida Healthy Kids Corp., which offers subsidized, low-cost health insurance for children.

During the pandemic, the federal government increased that by 6.2 percentage points, bringing it to 66.25 cents of every dollar. As part of the changes, the increase will be scaled back to 5 percentage points in April and gradually eliminated through the rest of the year.

Fine, the House Health & Human Services chairman, on Wednesday pointed to potential savings for the state from disenrolling ineligible people.

But Senate Health & Human Services Appropriations Chairwoman Gayle Harrell, R-Stuart, said the financial ramifications could be more complicated in the short term, as the amount of extra federal money is reduced.

“To me, the question really is as people come off the rolls, what is the balance between the decrease in the amount of … FMAP that we’re getting, as to the timeframe of people coming off the rolls,” Harrell said. “If they don’t match, then we’re going to have some kind of a blip either up or down in ultimate dollars that we will be required to put into it.”