Home Blog News and Public Affairs A traveling memorial to veterans is coming to Tampa Bay; we talk with vets about mental health support 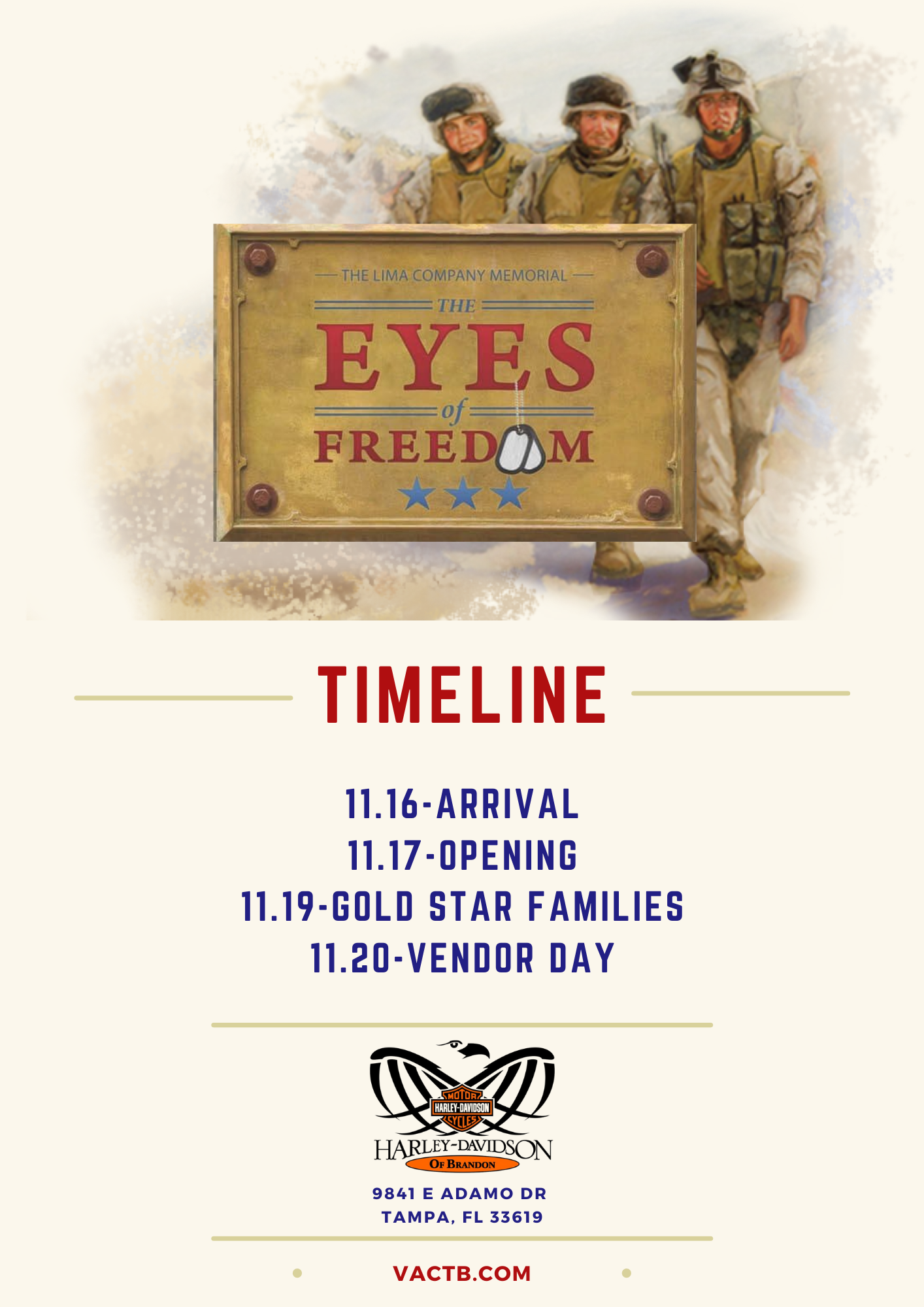 The VACTB provides alternative art therapies to the military, veterans, first responders and their families. So on Tuesday Café, we talk about using art for mental health, healing and suicide prevention among veterans.

A traveling memorial to veterans will be in Brandon next Tuesday through Saturday. It will be at Brandon Harley Davidson, 9841 E. Adamo Drive.

It’s called Eyes of Freedom and includes 23 life-size portraits depicting soldiers from one Company who died during Operation Iraqi Freedom. The opening ceremony is Wednesday, November 17, at 10:00 a.m.

The artist and creator of the exhibit is Anita Miller. She said, “The main reason for creating The Eyes of Freedom was to heal family members and loved ones after suffering such loss in 2005.”

In addition to the portraits, there’s also a life-sized bronze sculpture called “Silent Battle,” which the artist says, “honors the losses due to post-traumatic stress and veteran suicide.” It “illustrates the difficulty that many veterans experience as they navigate life after combat.” It’s based on the stories of an Army veteran who said, “The first step in healing is knowing we aren’t alone.”

The bronze sculpture depicts a grieving veteran holding the dog tags of his friends. It’s an interactive piece since attendees are given blank dog tags on which they can write the names of their loved ones.

Also on the show: a conversation about plastics with Greenpeace.