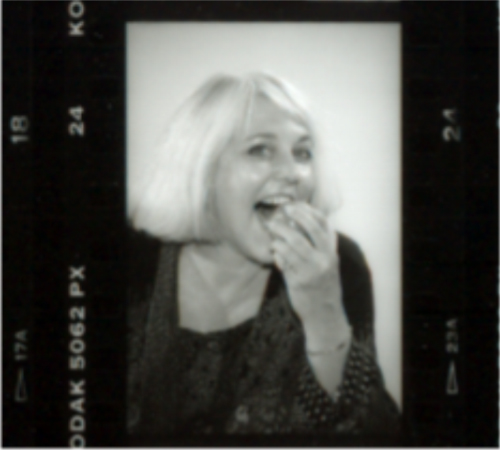 To anyone who knew her well, it is not astounding that Eve Plews, Licensed Nutrition Counselor and Institute for Functional Medicine Certified Practitioner, died at 71. No that is not astounding at all. What is truly astounding is that she lived so full of vibrant energy and amazingly consistent stamina until the age of 71!

If you had ever been in Eve Plews new client class ,which she held 10 times a year for 25 years, you would have heard her explain her own story.  You would know that Eve was a very, very sick person from a very young age. Unwilling to accept the multiple diagnoses and prognosis of being wheelchair-bound by her early 20s, Eve began her search for understanding and answers.

She studied everything she could about the body, health, food, nutrients, cells, detoxification.  She could digest and synthesize bio-chem and cellular science and explain it like casual conversation.

She studied the body to learn what it needs to function well and what happens when it doesn’t get what it needs. She studied food science and the chemical processes initiated by food and other substances on a cellular level. She looked into every healing modality and tradition to understand health and illness.

Eve provided for and protected her health as masterfully as she could.

And she was masterful!  In August of 2010 she chose not to have an electronic device installed to correct arrhythmia – pacemaker.  Instead, she chose a new drug therapy that had to be administered in hospital for the first 3 days due to the possible side effect of causing a left ventricle cardiac arrest.

During those three days she conducted business as usual, from her “office” hospital room.  With no evidence of the fated side effect, Eve was released to continue taking the medication.  Within 48 hours, in her office at Full Spectrum Health, the widower maker hit.

Eve died on August 24th, 2010 about 10:30am. CPR was started immediately.  The EMT’s arrived in less than 5 minutes.  In spite of their repeated attempts to force her heart to beat again, there was no response.  They put her on the stretcher and before wheeling her out the door decided to try one more time.  And there she was!!! Not yet ready for this life to end.

Admitting her to SMH, the EMT’s told me they had never seen a person respond after that length of time.  The doctors immediate concern was serious impairment from being dead for so long.  The question was not- will there be damage, but “how severe will the damage be?”  So, we watched. We waited. We hoped and prayed.  Only time would reveal what the result would be.

We, her office staff, watched her brilliant brain take off running again, repairing the few gaps in tracking within a few months.  How is it possible that Eve Plews could recover fully with NO permanent brain damage at all???

Eve Plews cells were phenomenally healthy, that’s how!  Because she provided the best quality nutrients from food and supplements for them to repair, rebuild and replace each and every day, three times a day, every day.

Eve always said “Every illness cannot be cured, but every condition can be improved”.

She spoke from her own experience – her own grand, lifelong experiment optimizing her vitality and slowing the inevitable.  Her goal was to “live, live, live and croak – with little or no time spent in a state of disability.  And by God, she did just that!

We are proud of her.  We miss her.  We wanted you to understand that what and when you eat, how you live and the quality of supplements you take really do make a difference in your life; and you will still die.

Thank you to all of you that have written, called and come in to see us.  We hear story after story from people whose health was restored significantly due to Eve’s counsel and guidance.  I remember one day, after her last counseling appointment, she said with her witty grin – “I could just ask them, tell me how you want to die and I will tell you what to eat”.

She earned the right to say that.  After all, for the last 8 years, she could say “I used to be dead, but now I’m fine”.

A public Celebration of Eve’s life is scheduled for Friday, November 9th at 5pm at Selby Gardens in Sarasota.