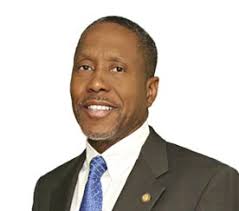 With the announcement by U.S. Attorney General Jeff Sessions that he is rescinding an Obama-era policy that had discouraged federal prosecutors from bringing charges of marijuana-related crimes in states that have legalized sales of the drug, MidPoint spoke with Morgan Fox from the Marijuana Policy Project.

We followed that up with a discussion with St. Petersburg based Democratic state Senator Darryl Rouson as he prepares to enter into his second regular session representing voters in Pinellas and Hillsborough County in state Senate District 19. Rouson is also a member of the Constitution Revision Commission that is poised to make recommendation proposals to the state constitution later this year.

You can listen back to MidPoint with Mitch Perry anytime here.