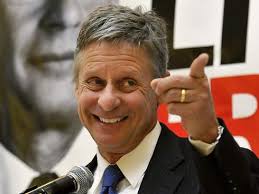 In a recent poll, Gary Johnson received 11 percent support for president, listed in a three-way race with Hillary Clinton and Donald Trump.

The former New Mexico Governor (1994-2002) was the Libertarian candidate for President in 2012, and he could likely be again in 2016, after the party holds its convention in Orlando late next month.

On Tuesday’s MidPoint, Johnson spoke with WMNF’s Mitch Perry on heath care, the Middle East, Trump, Clinton and his outspoken advocacy for marijuana, years before it became legal in Colorado and Washington.