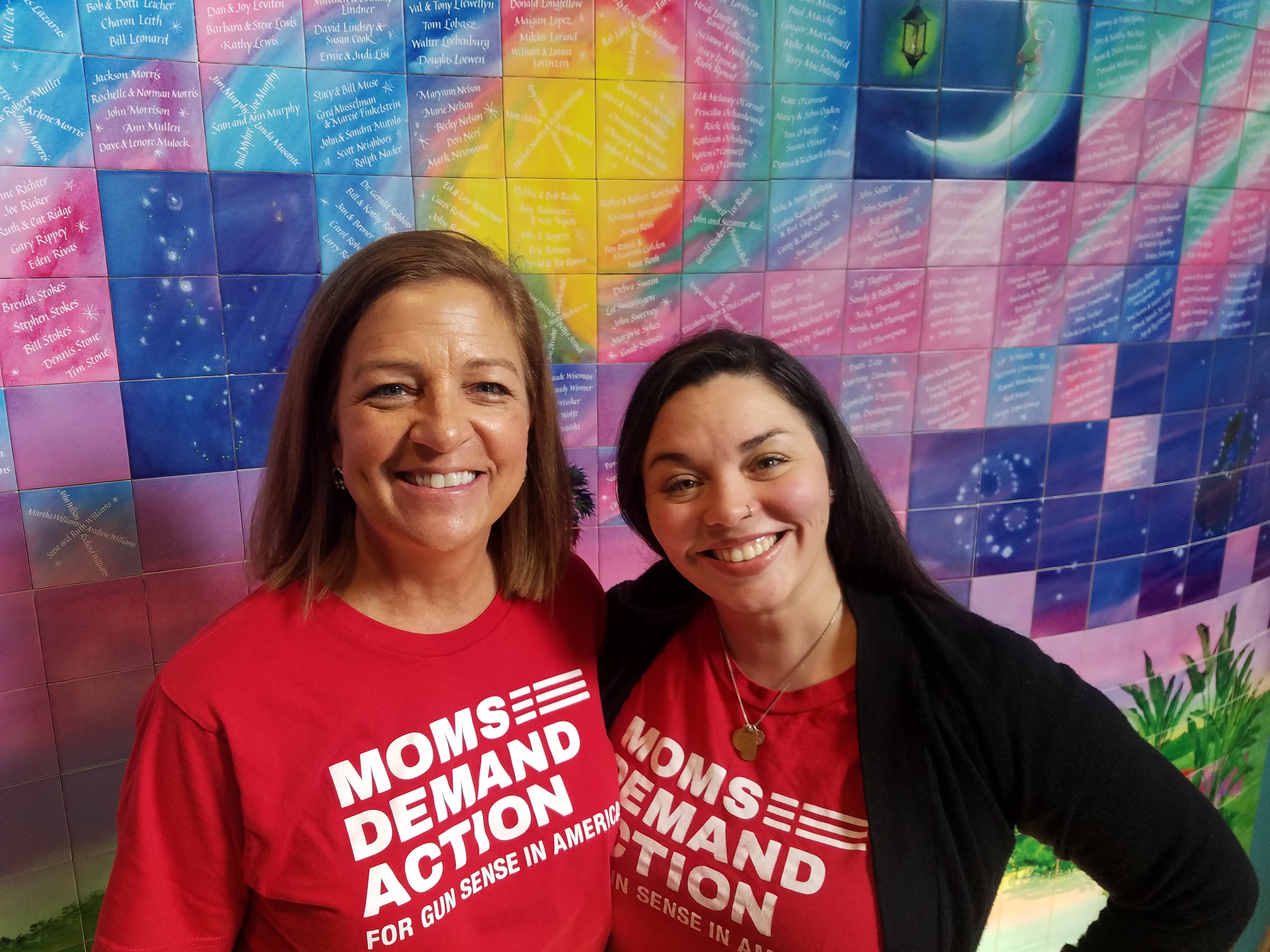 A group advocating sensible gun safety laws wants the Florida Legislature to pass universal background checks on all firearms purchases. We continue the discussion on gun violence and gun safety. Both guests on MidPoint were volunteers with Moms Demand Action, Erin Wiley and Melissa Ransdell.

They are traveling to Tallahassee in a few weeks for “Advocacy Day” on February 6. They’ll meet with Florida legislators to talk about our gun issues. Such as guns on campus (they oppose it), universal background checks for gun sales (they support it), and efforts to repeal the “Parkland bill” (they oppose repeal).

Similar bills have died during several recent Legislative sessions amid heavy opposition from higher-education officials and other opponents.

Over the last two days the Tampa Bay Times has reported on Florida’s “guardian” program – where school employees are trained to carry concealed weapons on campus. Teachers aren’t eligible, but coaches, administrators and other employees are. The Times is reporting on the funds requested by counties. State lawmakers budgeted $9.4 million to the guardian program as part of the Marjory Stoneman Douglas High School Public Safety Act (other parts including increasing the age for firearms to 21). According to the Times, more than 20 counties opted to use “guardians” and filed budget requests for things like salaries, weapons and training supplies.

The Times reports that Pinellas and Polk Counties requested about $1.5 million dollars each; in Polk’s case, about a third of the money was for charter schools. Hillsborough requested nearly $1 million dollars. There were some odd requests, too. Volusia County asked for $50,000 for things like “baseball caps, windbreakers, polo shirts” as well as security supplies. Brevard County requested – and received – more than $800,000 for a second virtual reality training simulator. “The Jacksonville Sheriff’s Office requested $141,000 for psychological exams and polygraph services, a total of more than $13,000 per guardian.”

The Times also reported that some counties had a difficult time finding people to be guardians. Brevard County wanted to hire more than 24, but missed its six-month deadline. In Levy County, nobody applied for weeks. “In Duval County a school safety assistant was arrested for pawning a service weapon issued to him by the school district. In Hillsborough, a school security deputy resigned after exposing students to pepper spray. Last month, the Marjory Stoneman Douglas High School Public Safety Commission recommended the Legislature allow teachers to participate, saying the current law is too restrictive to keep kids safe.”

On Monday Republican Governor Ron DeSantis chose a second Miami appeals judge for a seat on the Florida Supreme Court, continuing to move the state’s highest court in a more conservative direction.
DeSantis announced today that Robert Luck is his latest choice. Luck, who is 39 years old, is a former Miami federal prosecutor and circuit court judge, most recently served on the 3rd District Court of Appeal.