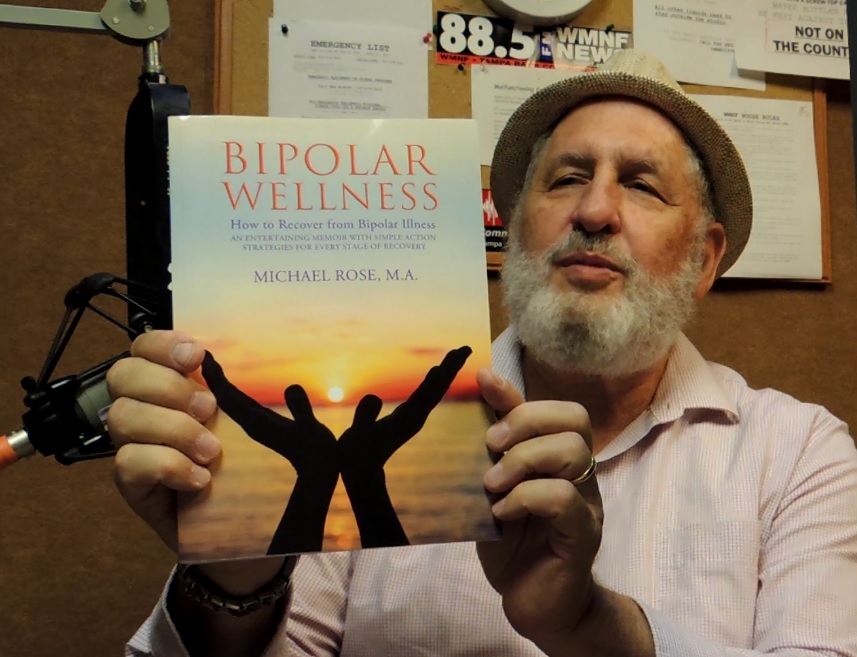 This month there have been two high-profile Americans to die from suicide, drawing attention to suicide prevention and treatment of mental health issues. Wednesday evening in Tampa an author will talk about how to recover from one illness that sometimes results in suicide. WMNF News spoke with Michael Rose about his new book called Bipolar Wellness: How to Recover from Bipolar Illness.

“Bipolar illness is what’s called an ‘affective’ disorder; it affects a person’s moods and energy. And they can wildly swing between what’s called a ‘manic high,’ in which they can be actually psychotic, of seeing and hearing things that aren’t there or just acting inappropriately or aggressively and then they can — a person can — fall into depression. Suicide is a huge risk for bipolar illness that’s untreated.”

We’ve seen some cases of high-profile cases where people have died by suicide lately. What can you say about the idea that this is now in the consciousness of a lot of people?

And part of this book is how to get better. You talk about a nutritional approach to treatment for bipolar?

“I do. It’s being very well researched at the University of Cincinnati department of psychiatry by Dr. Robert McNamara. It’s a fabulous bit of research they’re using at the university hospital. They’re testing everybody who comes in for their levels of omega-3 [fatty acids] in the blood and finding that 75% of admitants to the hospital has a severe deficiency. And they treat with certain kinds of omega-3s.”