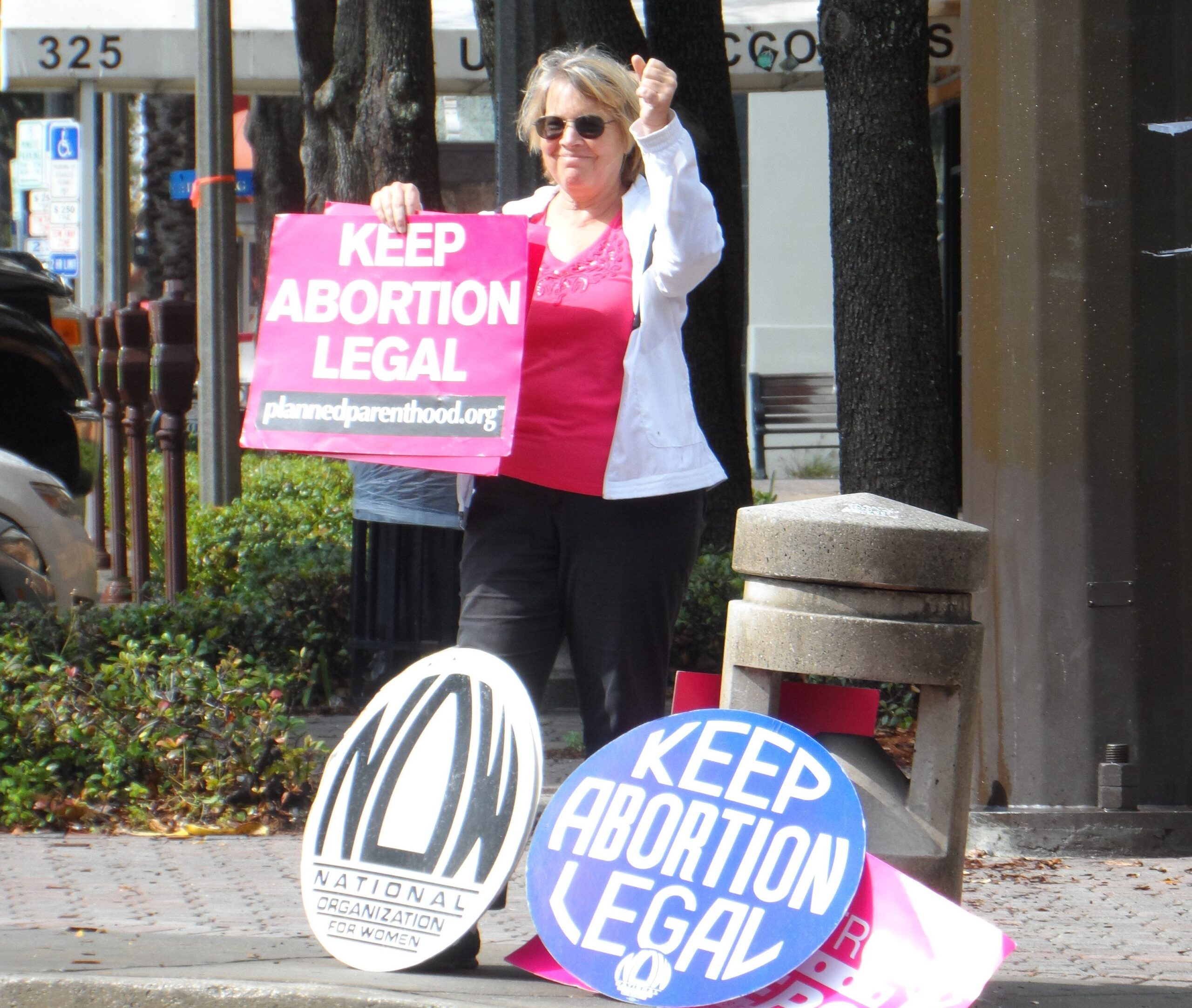 Two controversial bills in the Florida Legislature that seem on track to become law are unpopular with Florida voters. A new poll released Tuesday finds a dearth of support for bills that would outlaw abortions after fifteen weeks and another that could censor discussions about gender and sexuality in public school classrooms.

A bill to ban most abortions in Florida after 15 weeks of pregnancy is heading to a vote by the full State Senate. The bill passed its final committee stop Monday.

The bill, known as HB 5, passed the House last week. That heated debate included pro-choice protesters interrupting the House and being escorted out of the galley. The last Democrat to speak in opposition was Orlando’s Anna Eskamani. On WMNF’s Tuesday Café, we played her speech.

We also heard the final Republican to speak. It was the bill’s sponsor, Erin Grall from Vero Beach.

The abortion bill is unpopular in Florida

The Public Opinion Research Lab (PORL) at the University of North Florida released its statewide poll of registered voters on Tuesday. The “majority of respondents (57%) opposed the bill either strongly or somewhat, with 34% supporting either somewhat or strongly.”

More than 500 activists and community members were expected to gather Tuesday at the State Capitol. The “Fight for Repro Freedom” Day of Action is in response to HB 5 moving swiftly through the Florida Legislature.

In addition, on Tuesday the full State House of Representatives is expected to vote on a bill that critics call “Don’t Say Gay.” It has the potential to censor discussions about sexuality and gender in public school classrooms. On Tuesday there will be a debate in Tallahassee over this bill, which is what Republicans call a “parental rights” bill.

The “Parental rights” bill is unpopular in Florida

In that Public Opinion Research Lab (PORL) at the University of North Florida poll, in Florida, there is “overall opposition to the passage of the [‘Don’t Say Gay’] bill, with 49% opposing and 40% supporting either somewhat or strongly”

On Monday, the Florida House Democrats released a video opposing HB 1557. It’s a collection of clips of people, many of them state representatives, saying gay.

We kicked off this episode of Tuesday Cafe with an interview with WMNF’s new general manager, Randi Zimmerman.