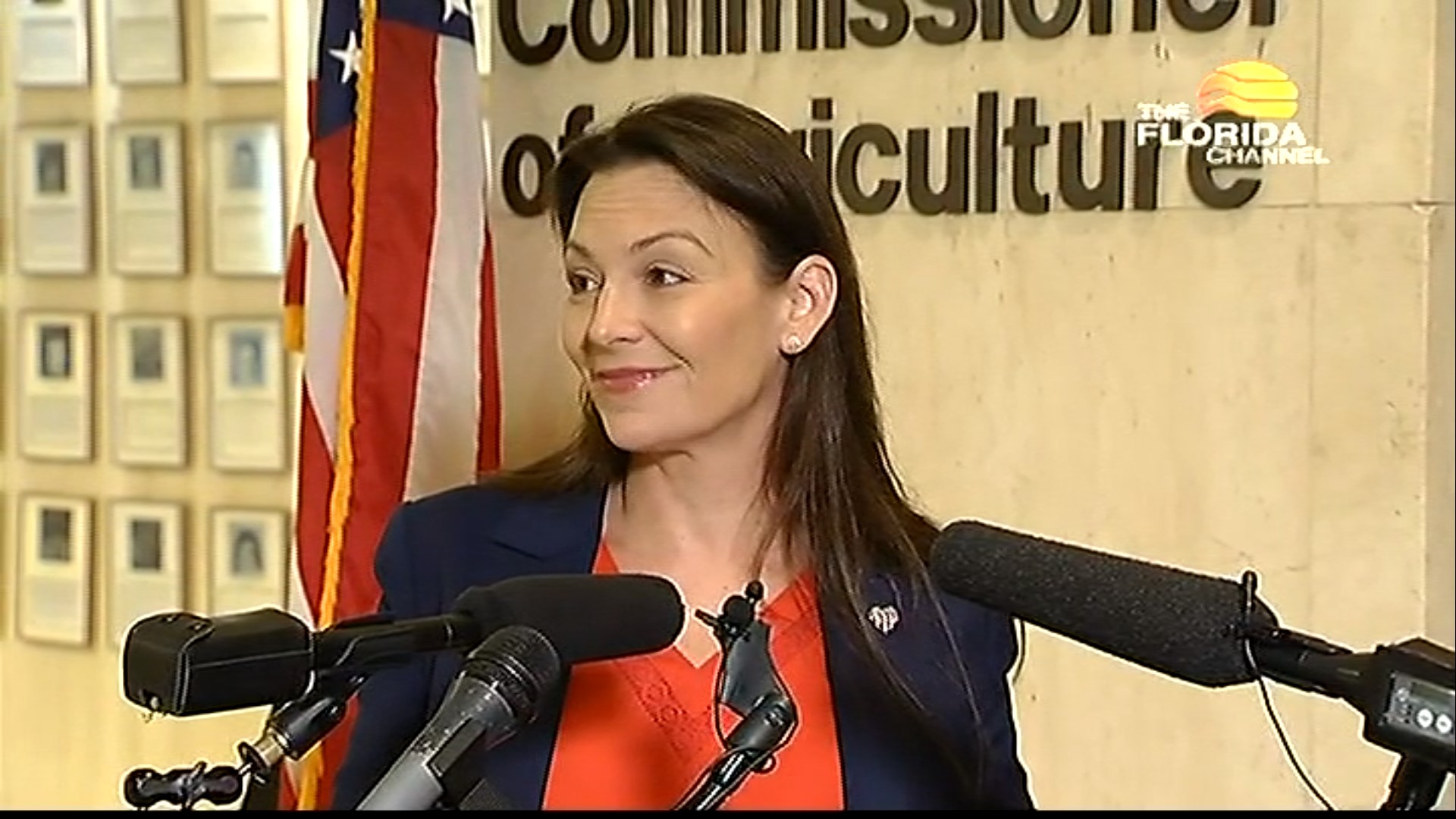 She said Florida is no longer a free state under the Governor and likened his use of Fox News to that of authoritarian regimes. Fried’s criticism comes after DeSantis barred the general public and local media from witnessing him sign the SB90 election bill into law.

Barred from entry were the general public and any other members of the media, casting a shadow over Florida’s celebrated “government in sunshine laws.” State statutes requiring Florida’s governmental business be done in the public eye.

Members of a Trump fan club were the only public able to view.

“Right now I have what we think is the strongest election integrity measures in the country,” DeSantis said to a small, cheering crowd. “I’m actually gonna sign it right here. It’s gonna take effect. So, Bill is signed.”

The backlash was swift.

Media outlets condemned the manner in which DeSantis signed the bill. Florida’s chapter of the Society of Professional Journalists issued a statement saying:

“Actions like this openly defy against a free press. We condemn DeSantis’ office barring journalists from doing their job for the sake of good TV.”

And speaking a few hours after signing the bill, Fried said DeSantis holding a private, “exclusive” signing with a single news source amounts to using Fox News as state-run media.

Even Fox News tried to distance itself from the event. In an emailed statement to WMNF, the network said it booked DeSantis’s “appearance as an interview and not as a live bill signing” Adding, “neither the network, nor the show, requested or mandated the event be exclusive to FOX News Media entities.”

It has added controversy to one of the most controversial bills coming out of the legislative session. SB90 is touted by Republicans as protecting election integrity. But opponents see it as an unnecessary law that amounts to thinly veiled voter suppression.

The law now places a number of restrictions on mail-in-voting. It’s even opposed by Florida’s Supervisors of Elections who see it as unnecessary and complicating. Florida has otherwise been praised for its handling of recent elections.

SB90 and similar laws, like one passed in Georgia, are seen as perpetuating the “Big Lie” that the 2020 election was somehow stolen from the former president. The lie has been disproven but is still believed by two-thirds of Republicans, according to recent polling.

At a news conference later in the day, DeSantis didn’t give a reason for the exclusive signing. He only said it was an exciting day and defended the new law.

“It was an exciting day to be able to do that. It was the first bill signing I’ve ever done live on a national broadcast,” he said. “And so it was good. We also had a great visual aide that we were able to show showing all the great things that are in the bill.”

‘No longer a free state’

Within minutes of the signing multiple lawsuits were filed from dozens of organizations including the League of Women Voters; Florida NAACP; Disability Rights Florida; Common Cause; Black Voters Matter Fund; Florida Alliance for Retired Americans and more.

Fried is rumored to be eyeing a gubernatorial run in 2022 herself. She said the bill is a way for DeSantis to tip the scales in his favor. He narrowly beat Democrat Andrew Gillum in 2018. And while once championed by Republicans, Democrats now outpace members of the GOP in use of mail-in-ballots.

“This governor does not do anything that doesn’t self-serve. Period,” she said. “I have absolutely no doubt that this piece of legislation was for the sole purposes of trying to ensure a reelect for him in 2022. To only run for president in 2024.”

Fried accused DeSantis of using his powers to limit freedoms in the State of Florida because of new laws cracking down on protests and voting, along with limited transparency in the process.

“We are no longer a free state,” she said. “This governor has infringed upon our rights once again.”