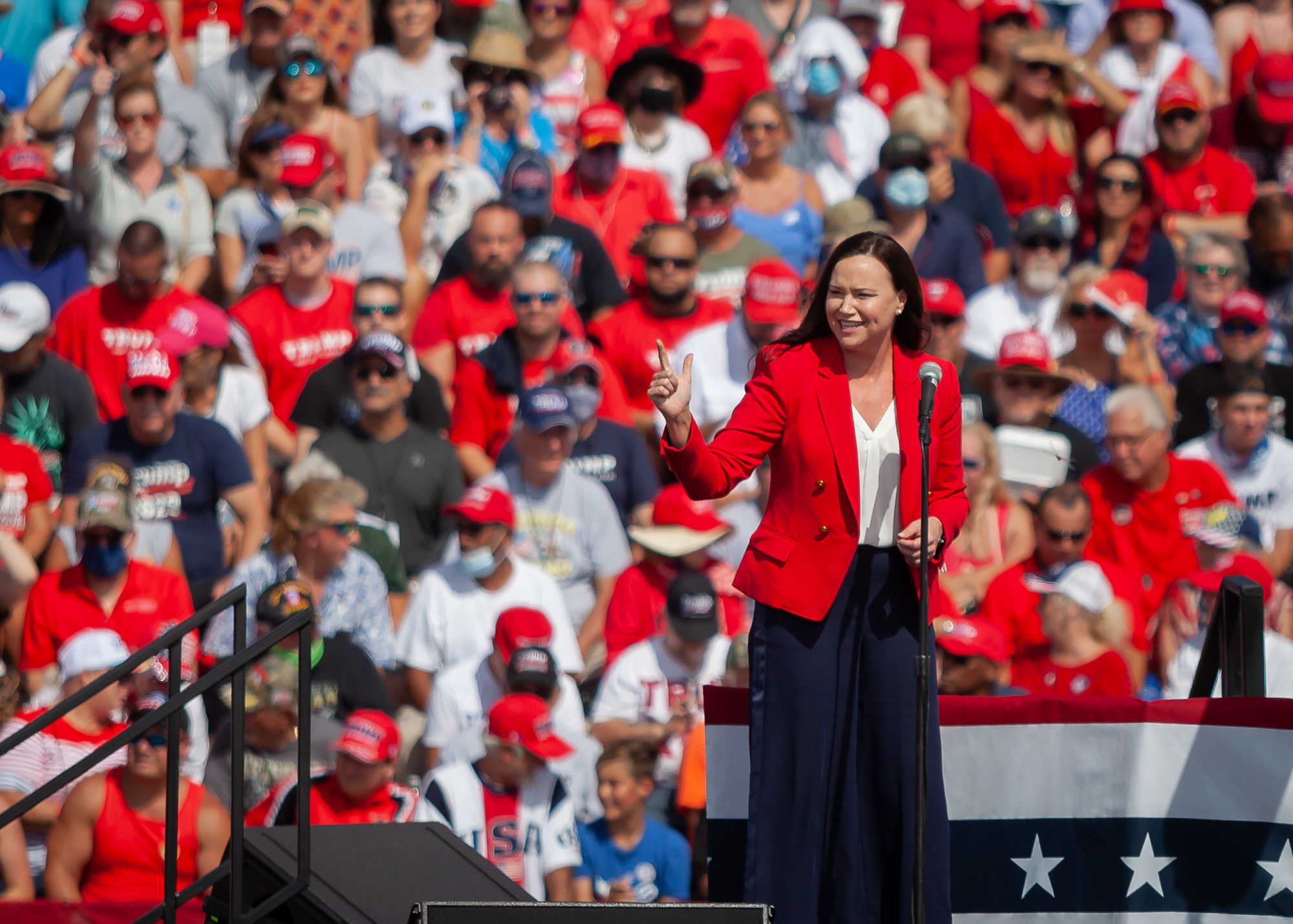 Florida’s Republican Attorney General Ashley Moody once served on the board of an organization that sent robocalls asking people to march on the Capitol building last week. Moody is now among many elected officials receiving backlash for supporting rhetoric and rallies that culminated in last week’s domestic terror attack in Washington.

The call went out the night before. It gave the time and the location. It warned of a stolen election and asked so-called patriots to fight:

“At 1 p.m. we will march to the Capitol building and call on congress to stop the steal. We are hoping patriots like you will join us to continue to fight to protect the integrity of our elections. For more information, visit MarchtoSaveAmerica.com. This call is paid for and authorized by the Rule of Law Defense Fund.”

The Rule of Law Defense fund, or RLDF, is a non-profit branch of the Republican Attorneys General Association. According to her bio on the Republican AGs site, Moody also served on the board of directors for the RLDF. A member of her staff told WMNF she stopped serving on the board last year.

But in the months leading to November’s election and after, RepublicanAGs warned of “lawless liberal mobs” and “stolen elections”

Now, Democrats across Florida have condemned Moody and other Republicans for their staunch support of the baseless election fraud rhetoric that led to Wednesday’s violence.

“Attorney General Moody has a responsibility. To either figure out – as a member of the association – who paid for it. Why was that their goal to get people to DC?” Florida Commissioner of Agriculture and Consumer Services Nikki Fried said.

Moody was the youngest judge in Florida when she was elected to the Thirteenth Judicial Circuit in Hillsborough County. She’s made a name as a staunch supporter of law enforcement. Her husband, Justin Duralia, is a federal law enforcement agent with the DEA.

Wednesday’s violence in the Capitol resulted in a number of deaths and injuries, including two Capitol Police officers.

In a tweet last week, Moody said she condemned the violence. But in December, Moody had signed onto the Texas Attorney General’s lawsuit. It challenged President-Elect Joe Biden’s win in four states, alleging fraud. The U.S. Supreme Court refused to hear the case. On Monday Moody’s office declined to comment further on the Attorney General’s connection to Wednesday’s attempted subversion of Democracy.

But Fried said Moody needs to do more.

“Attorney Generals are supposed to be there to defend the constitution of our states and the people of our states. Having them encourage people to go up to Washington, D.C. and participate in what turned out to be an attack on our Capitol, an attack on our Democracy,” she said. “AG Moody has a larger responsibility to speak out about what her organization participated in and in what capacity.”

Manny Diaz is the newly elected chair of the Florida Democratic Party. He told WMNF Moody is one of many Florida Republicans who “aided and abetted the violent riots” with “their rhetoric, votes, and insistence that the election was being stolen.”

Diaz said those actions and the ensuing silence is disgraceful. He wants anyone involved held accountable.

The insurgent riot started at the March to Save America. President Trump has been called on to step down after calling for attendees to march on the Capitol. And the Democrat-controlled U.S. House is likely to impeach Trump on charges of inciting insurrection.

“And we fight. We fight like hell,” Trump said during the event. “And if you don’t fight like hell you’re not gonna have a country anymore. And we’re going to the Capitol. So let’s walk down Pennsylvania Avenue.”

Trump’s lawyer, former New York City Mayor Rudy Giuliani is under investigation by the New York State Bar Association. He called the crowd to violence during the rally.

“Let’s have trial by combat,” Giuliani told the crowd.

Fried said Floridians can hold those responsible to account at the polls.

“Certainly this is gonna be a very dark part of our history that we’re gonna have to be telling our children and our grandchildren one day,” she said. “And all those who stood by and allowed President Trump to continue his rhetoric certainly should be held accountable. And that’s in the next election. Making sure these individuals who didn’t put state above all else will be held accountable at the ballot box.”