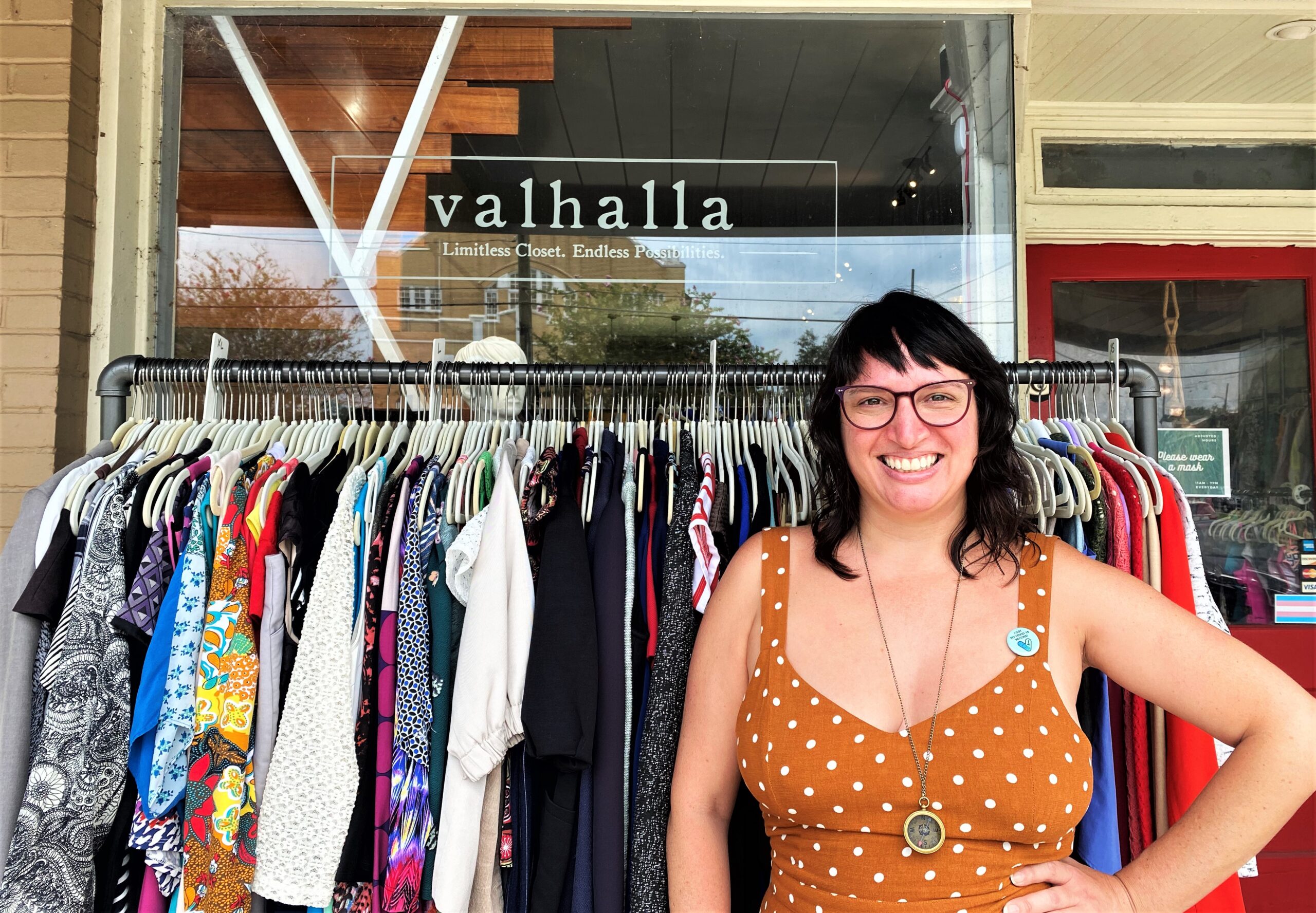 Valhalla Resale in Tampa’s Seminole Heights neighborhood said its number of applicants doubled while the federal unemployment assistance blamed for creating a hiring crisis was in place.

Valhalla has been opened for about four years with a unique take on retail clothing.

“If you’re a member, the whole store becomes your closet,” owner Danielle Ferrari said. “You can wear anything you like. You rent it. And then if you’re a customer you just come in and shop like it’s a regular store.”

But the business model isn’t the only thing unique about her store. Ferrari has paid employees $15 an hour since she opened.  The COVID-19 pandemic forced Ferrari to scale back operations a bit. But once she was able to bring employees back this spring she said the toughest part was choosing just one to hire.

“I had double the amount of applicants from my last time I hired to this time,” she said. “The only change was COVID.”

Here’s Rubio during a press conference this year.

“Enhanced unemployment benefits are creating an incentive for people not to return to work until they expire,” Rubio said in a press

Michael Newberger is a spokesperson for the Florida AFL-CIO, a labor organization that represents more than one million union members, retirees and their families in the state of Florida. He said current hiring issues have more to with how the pandemic has changed workers’ mindsets.

“When people are looking for jobs, they want to make sure that they’re gonna be safe. That they’re gonna be taken care of. That it’s a good environment. It’s one they can feel safe in and have a voice on the job,” Newberger said. “As well as being invested in economically. These have been tough times for people economically in general.”

Ferrari contributes her success in finding qualified applicants to offering a safe work environment during the pandemic (she kept her mask mandate in place even before the CDC again recommended masks indoors), creating a positive workplace culture and offering a livable wage.

She said the choice was tough, but she found the right applicant.

Desonj Smith, a 25-year-old who hopes to have her own fashion brand in the next 10 years, was hired as the assistant manager.

Before COVID, Smith worked for a bank and had spent six years in retail. She said Valhalla not only offered a better workplace culture, it offered compensation far above similar positions she found. Smith said that level of compensation keeps her from having to live from paycheck to paycheck.

“To work here. For them to offer 15, it’s a great start,” she said. “I think it’s just enough for someone to work and not feel like they’re spending most of their time just to work.”

“So, $15-an-hour lets my employees be able to work without having to worry about other financial pressures like paying rent, making sure they’re meeting their financial obligations,” she said. “They’re really focused on work and making Valhalla the best it can be.”

Florida passed an amendment upping the minimum wage to $15 an hour over the next few years.  Opponents to the raise said it will put a burden on small business owners and raise the price of goods and services. But Ferrari said that’s just a talking point.

“The biggest danger is that large corporations will have less profits to carry their big billionaire stockholders,” she said. “Small business owners really do believe that $15-an-hour as a policy is really the way to go. When my customers are making a fair wage they have more money to spend in their local communities. But it’s also just the right thing to do.”