Home WMNF News Art Norman B Has A Dream (about Art in Your Ear!) 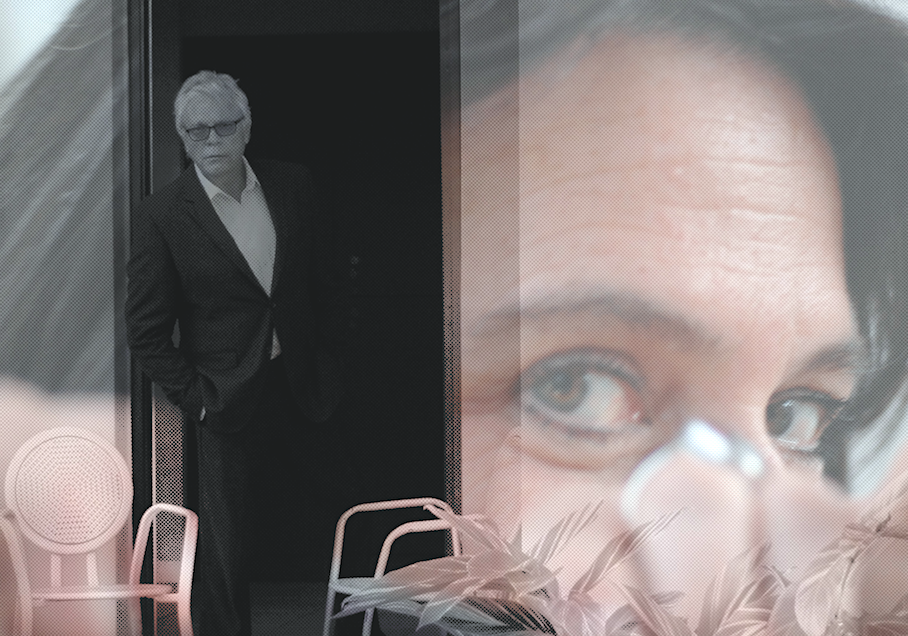 Tracked and located by intrepid WMNF assistant news director Seán Kinane, a reluctant Norman B, agreed to shed a little light on his forthcoming appearance on Art In Your Ear. For days, the halls of WMNF have been abuzz with rumors that the self-proclaimed hostess-with-the-mostest, JoEllen Schilke was about to hand over the controls of her legendary show, for the Christmas edition to the mysterious and elusive Norman B. Reporter Kinane was determined to get the true facts of this breaking story. He packed supplies, including extra bottles of Malbec into his trusty Tacoma truck and set off in search of the famously reticent broadcaster. Using his extraordinary sleuthing skills, Seán was able to locate Norman B at his minimalist loft, high atop a nondescript industrial building, in an anonymous business park, alongside an abandoned rail track.

To get the interview underway, Kinane, cleverly offered the notoriously shy radio host, a sample of his Malbec stash. Then, he launched directly into asking the silver-haired radio personality if the stories were true, “Tell me, are you sitting in for JoEllen Schilke on her Christmas Day edition of Art In Your Ear?” The one-time long-haired dandy took a gulp of his wine, then let out a long sigh, looked the reporter directly in the eye and offered this, “Sean, you have no idea, what this all means for me. I have been in broadcasting for many years, too many years in fact…but this, this is, well…this is like a dream. No! This is a dream! Seriously, Sean, this has to be a dream?”

With that, the surprisingly tall radio host put down his glass of wine as he rose and then quickly vanished behind an enormous midnight blue velvet curtain. Seán Kinane, the always professional reporter, knew he had his story. He filed this headline: Breaking News, Norman B Dreams He Will Host Art In Your Ear!