Home Blog Not Real News: Thankfully that whole chocolate thing is a lie 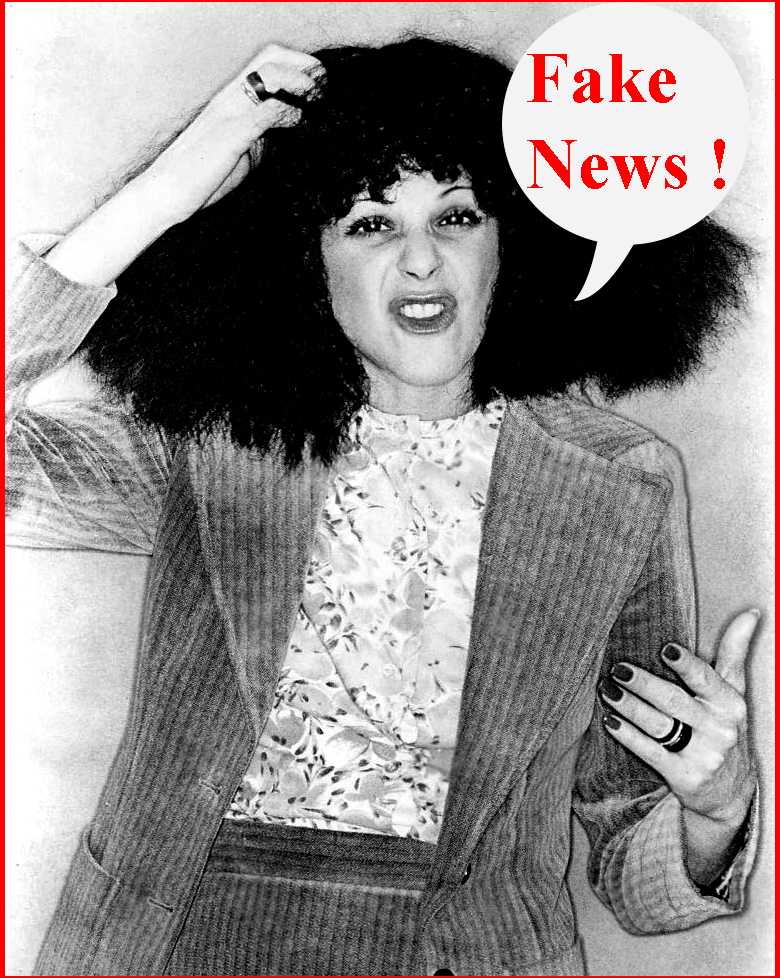 A roundup of some of the most popular, but completely untrue, headlines of the week. None of these stories are legit, even though they were shared widely on social media. The Associated Press checked these out; here are the real facts.

THE FACTS: A conspiracy-oriented site published this account of a small fire on property owned by Bill and Hillary Clinton in Chappaqua, New York, anonymously quoting a fire official who said “smashed-up hard drives” and burnt paper were found at the scene. A town official said the fire was likely caused by a broken ceiling fan and damaged only the ceiling in a room used by the U.S. Secret Service. Hillary Clinton faced heavy criticism throughout her presidential campaign for her use of a private email server that was located at the Clinton home.
___

NOT REAL: Trump Orders to Remove Obama Highway Name and Get Back The Previous Name of ‘Old Dixie’ Highway

THE FACTS: A spokesman in Riviera Beach, Florida, said there are no plans to remove Obama’s name from a stretch of highway it has been on since 2015. Several conservative sites, including JournalUnited and TrumpFriends, shared stories with the headline that the highway would return to its former name. The text of the story does not address the headline claim and expressed opinions on the removal of Confederate statues and symbols across the country. The story was accompanied by a picture appearing to show a sign being taken down; it actually shows the sign being erected in 2015.
___

THE FACTS: The Jan. 2 story by a Christian satire site Babylon Bee, reporting that Pastor Robert Jeffress asked members of his congregation to melt down their jewelry to build a statue to the president, went viral this week. It was accompanied by an altered photograph of Trump giving the thumbs-up with Jeffress in the background. Trump and Jeffress did appear together in July at a Kennedy Center event in Washington, but Trump was at his Mar-a-Lago residence in Florida the previous weekend. The church said it wouldn’t comment, because it’s a satirical piece.
___

THE FACTS: No judge threw out the results of the Dec. 12 special election in Alabama won by Democrat Doug Jones, who was sworn into office as a U.S. senator this week. The story is one of many false accounts circulating after Jones defeated Republican Roy Moore. The story shared by groupviral, among other sites, attributes the ruling to U.S. District Judge Alejandro Wilson, who is not listed as a federal judge in any of the state’s three districts.
___

NOT REAL: Scientists expect chocolate to go extinct by 2050

THE FACTS: Widely shared stories on dozens of sites caused alarm among chocolate lovers, but the headlines go farther than the studies the stories cite. The accounts cite the National Oceanic and Atmospheric Administration, which does say climate change will threaten cocoa production across the world. NOAA also referred to a 2014 report from the Intergovernmental Panel on Climate Change, which predicted “considerable reduction” in terrain suitable for cocoa production in Ghana and the Ivory Coast by 2050. But neither organization predicts the extinction of chocolate.
___
This is part of The Associated Press’ ongoing effort to fact-check misinformation that is shared widely online, including work with Facebook to identify and reduce the circulation of false stories on the platform.
___
Find all AP Fact Checks here.