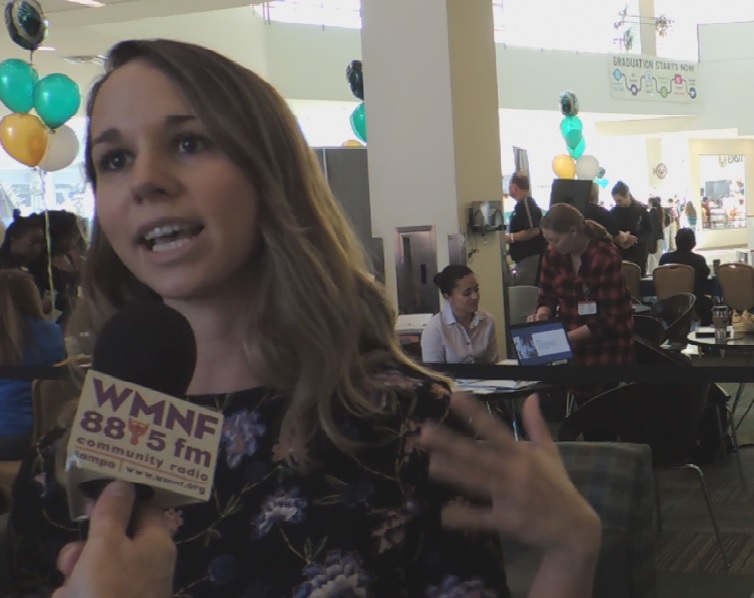 Republican leaders in the U.S. House and Senate and in the White House are promising to repeal the Affordable Care Act and replace it with … something? It’s that uncertainty that has current consumers of health insurance through the ACA marketplaces concerned. Michael Schwarz owns his own business as a commercial photographer and his wife is in school. He purchased health insurance through Obamacare when he aged out of his parents insurance at age 26.

“Our plan was just over $200 a month, after a tax credit. That made it very, very affordable. That was an easy decision and it meant that I could keep working for myself and I didn’t have to worry: ‘What if I get sick? What if my wife gets sick? Do I need to change jobs just to get healthcare?’ This kept me from having to worry about that.”

And there’s talk now about repealing the Affordable Care Act, repealing Obamacare. How do you think that that would affect you, if that happens?

“I mean, I’m scared, to be honest, because I know before the Affordable Care Act, getting insurance, as an individual was incredibly expensive and it poses big questions for me professionally, because if I can’t buy insurance through the marketplace, I don’t know if I’m going to be able to do keep my job and doing what I love.

People known as “navigators” helped students and others sign up for health insurance at the University of South Florida Tuesday, a week before the heath care marketplace open enrollment window closes. Jodi Ray, director of Florida Covering Kids & Families at USF, says despite uncertainty about Obamacare, interest in enrolling has not declined.

“Not in the state of Florida. We have enrolled, at least around 1.8-million, so far. We have far exceeded the previous year’s enrollment. Not only enrollment targets, but, the enrollments we’ve actually accomplished in the previous years. So, this year has been higher than any year previously. Those that sign up will have coverage for 2017.”

If it does get repealed, who are the types of people that will be most affected?

“It will be people who don’t have access to health insurance through employers. Women will no longer have those protections to not have higher premiums, based on gender. Children will be losing their coverage they have on their parents’ through age 26, so young adults. We have a lot of young adults that coverage and get free preventive care and free contraceptive care and that stuff will go away, with the repeal.

“These are the things that people have been able to take advantage of with the Affordable Care Act. Preventive care: people are not currently able to be denied for pre-existing conditions, they get free preventive care, things like that. Those are all the components of the ACA.”

Are people that you talk to, that are hearing that ACA might be repealed, are they confident that what it will be replaced with be something that’s better for them?

“Consumers have no clarity on this. I would say that most consumers we talk to are confused about what is going to take place next. They are concerned, obviously.

“The best that we can do is provide information, that we know to be true, when it’s available.”

Katie Vicsik is the Florida executive director for Enroll America.

“So, actually we see consumers coming in to these events, daily, sometimes a weekly basis. Actually our numbers are higher than they were, last enrollment period, so we still see a lot of excitement from the consumer.

“I think events like these help because they have someone to talk to who’s a navigator, who’s unbiased, who can provide assistance to them and talk them through any questions they have and any confusion.

“But, right now we just want to let people know there is no change to the law, nothing has changed, they can still enroll until January 31st. If they enroll on January 31st, they’ll have healthcare starting on March 1st.”

Let’s say that happens. Someone enrolls, gets healthcare, starting on March 1st, but, either then or before then or soon after that, the law is completely repealed. Do they still have health insurance?

“I can’t speculate on that, just because we don’t know. There has been no change, no law has been signed, nothing has happened that has changed anything for these consumers.

“So, what we’re telling people right now is just continue on like everything is the same, because it is. Come on, enroll and they should be covered by March 1st.”