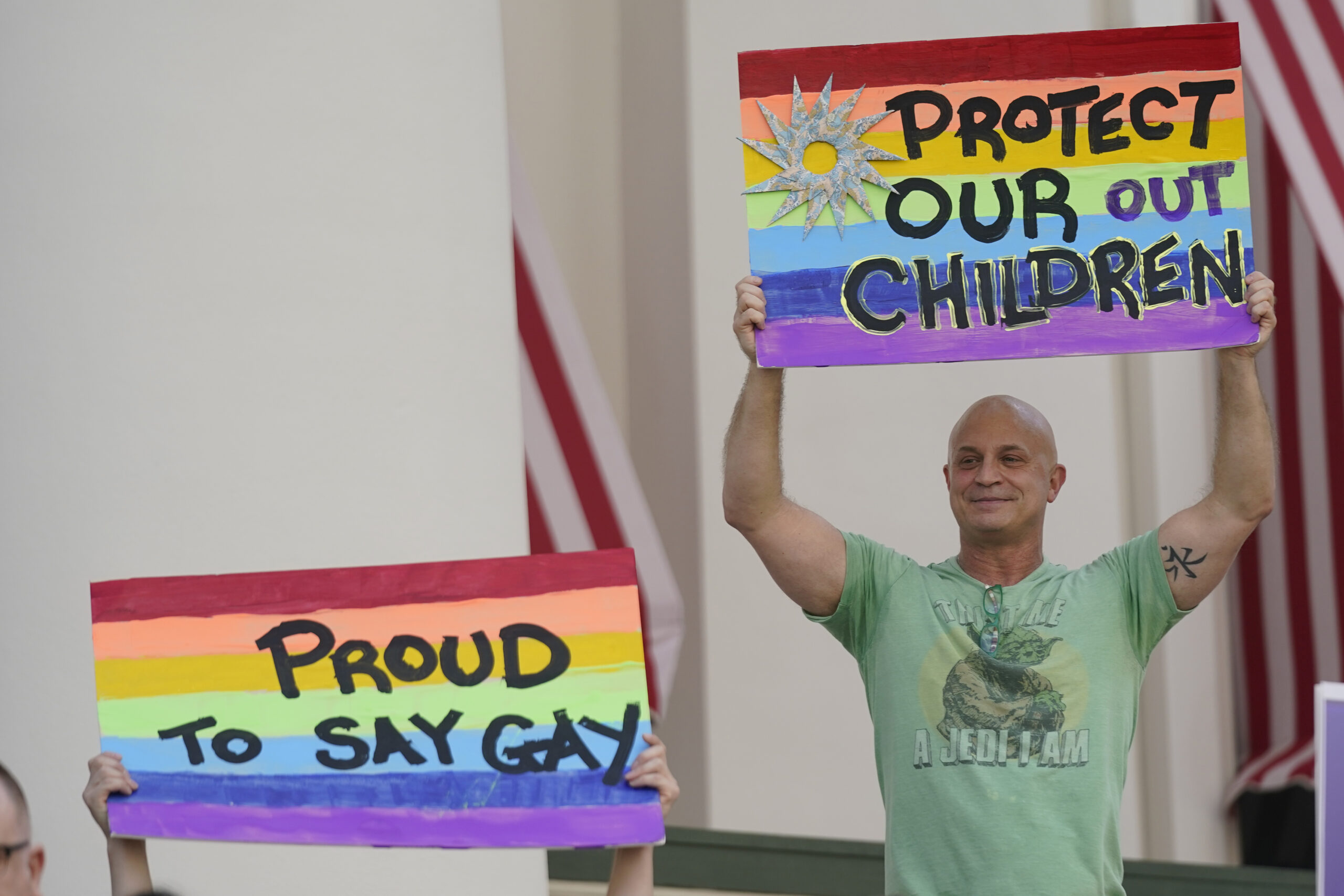 TALLAHASSEE — After a federal judge rejected an earlier attempt, students, parents and teachers have filed a revised lawsuit seeking to block a new Florida law that restricts classroom instruction on gender identity and sexual orientation.

The challenge, filed Thursday in the Northern District of Florida, argues that the plaintiffs have suffered “concrete harms” from the law (HB 1557), which spurred a fierce debate this year in the Legislature and has drawn national attention.

“They have been denied equal educational opportunities they would like to receive, in the curriculum and beyond, and they have been subjected to a discriminatory educational environment that treats LGBTQ people and issues as something to be shunned and avoided, on pain of discipline and liability,” the 60-page lawsuit said. “This type of overtly discriminatory treatment has no place in a free democratic society and should not be permitted to stand.”

U.S. District Judge Allen Winsor on Sept. 29 dismissed an earlier version of the lawsuit, finding that plaintiffs did not have legal standing. Winsor, however, said the plaintiffs could file a revised lawsuit.

The law prevents instruction on gender identity and sexual orientation in kindergarten through third grade and requires that such instruction be “age-appropriate … in accordance with state academic standards” in older grades.

The revised lawsuit alleges that the measure violates constitutional due process, equal protection and First Amendment rights, along with a federal law known as Title IX, which bars sex-based discrimination in education programs.

In his Sept. 29 decision dismissing the earlier version, Winsor wrote that one factor in determining standing is whether a plaintiff can show a link between a “defendant’s action and the resulting harm.”

“The principal problem is that most of plaintiffs’ alleged harm is not plausibly tied to the law’s enforcement so much as the law’s very existence,” Winsor wrote. “Plaintiffs contend the law’s passage, the sentiment behind it, the legislators’ motivation, and the message the law conveys all cause them harm. But no injunction can unwind any of that.”

The revised version, however, seeks to link the law with harm. As examples, it cited a decision by the Miami-Dade County School Board to reject a resolution designating October as LGBTQ History Month; said one of the student plaintiffs, identified by the initials M.A., could not find a teacher willing to sponsor the Gay-Straight Alliance at a Manatee County school; and said Broward County schools removed LGBTQ-related books after receiving complaints from the conservative group Moms for Liberty.

Also, the lawsuit cited an Oct. 19 decision by the State Board of Education to approve a rule that could lead to teachers losing their licenses for violating the law.

“The intended impact of this law is apparent,” the lawsuit said. “It seeks to undo the equal inclusion of LGBTQ people and issues in Florida’s schools and to impede policies requiring equal treatment and support of LGBTQ students. Presented with vague prohibitions under the threat of litigation, schools and educators have been and will be chilled from discussing or even referencing LGBTQ people, and LGBTQ students have been and will be stigmatized, ostracized, and denied the educational opportunities that their non-LGBTQ peers receive.”

While lawyers for the state have not filed a response to the revised lawsuit, they disputed in a June court document that the Legislature “acted out of animus against LGBTQ individuals.”

“The bill reflects no governmental preference about what students should learn about sexual orientation and gender identity,” the state’s lawyers wrote. “Those subjects must be taught appropriately and, for the youngest children, they may be taught by parents, not in public-school classroom settings. That is a legitimate (state) interest.”

Students, parents and a non-profit group filed a separate challenge to the law this summer in federal court in Orlando. U.S. District Judge Wendy Berger on Oct. 20 dismissed that case but, like Winsor, gave the plaintiffs an opportunity to file a revised version. The deadline for filing is Thursday.