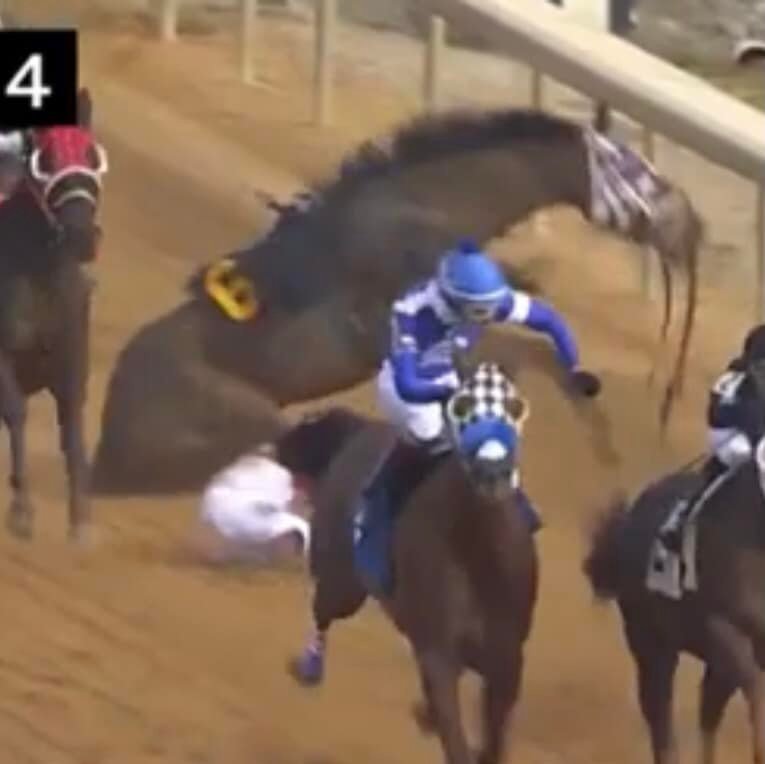 Patrick Battuello—the founder and president of Horseracing Wrongs, an organization formed in 2013, and based in Albany, New York, which seeks to end horse racing–describes in a recent “Talking Animals” interview an unexceptional childhood when it comes to animals, growing up in a family that loved dogs.

Battuello says when he grew interested in animal rights, and became an activist, he decided that a primary way to manifest that activism would be creating and writing a blog about animal rights published in The Times Union, the Albany newspaper.

In working on the blog, Battuello recalls, he realized that the horse racing issue received short shrift—not much in the way of significant media coverage (save for extensive, colorful, often glowing, stories about various aspects of the Triple Crown), major animal rights organizations tended to mount cursory campaigns, and there was no organization strictly focused on horse racing.

So he launched one: Horseracing Wrongs. Like any top-tier advocacy organization, Horseracing Wrong places a premium on education, aiming to inform folks (including the contingent of horse racing fans who believe thoroughbreds are “born to run”) about the little-known traits—from spending as upwards of 23 hours each day in isolation, to being forced to race before their bodies and bones are fully developed, imperiling these horses and helping account for so many injuries and deaths.

A key platform in that effort is the organization’s website, where Battuello extends his tradition of writing blog posts—frequently, these are deeply-reported posts, sometimes drawing on Freedom Of Information Act (FOIA) requests to provide grim details of horse deaths at tracks across the country. In a separate section of the website, there’s a stark log of this year’s horse race deaths—labeled “Killed, 2022”—and continuously updated.

The sheer volume of cataclysmic injuries and horse deaths of various types captured on the site—because the information is factual (mostly from FOIA documents), not the shrill, and dismissible, rantings of an animal rights nut; this mountain of info would likely erode support for horse racing even amongst the mint-julep crowd. But you’d have to seek out this information to encounter it, or have it placed in front of you in an easily accessible, forceful presentation: Sure enough, Battuello confirms there is a “Blackfish”-like documentary about horse racing in the works.