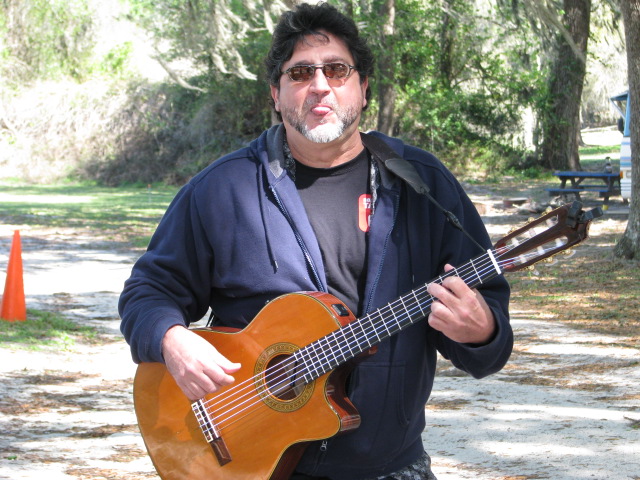 But I’m a happy, happy guy, as my brain begins to fry…

Ray Villadonga, RayZilla to his listeners, walked the Tampa walk, not only or merely or even mostly the Tampa of downtown skyscrapers, gated communities, malls and traffic. 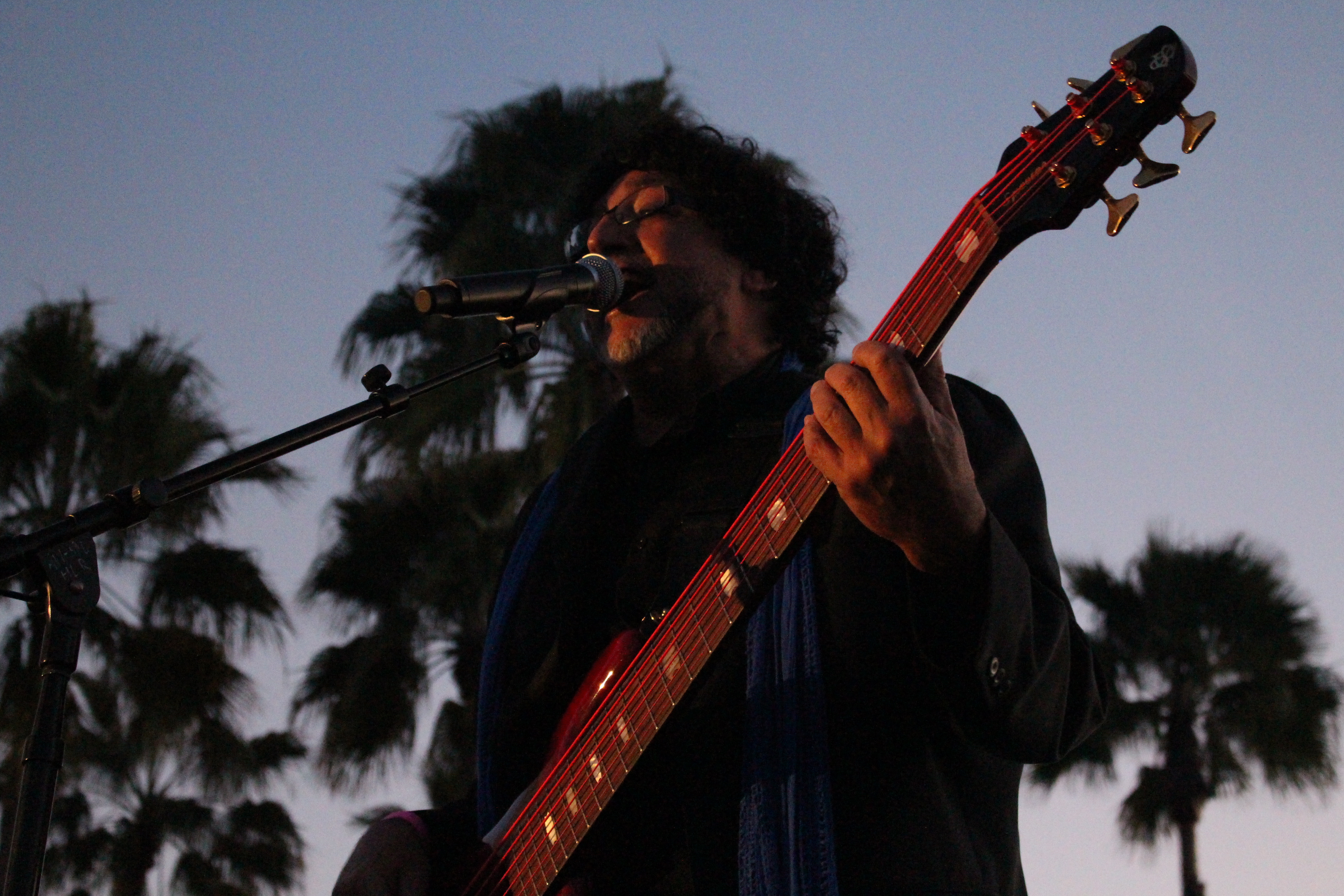 His Tampa seesawed between the cafecitos of Ybor and the feasts of West Tampa. His bass added rhythms that were flavored with Cuban, African, American, and outer space pulses to many bands. His songs celebrated every aspect of life, and showed a tenderness that sometimes got lost in the loud laughter and big presence.

He first came to WMNF in 1986, helping Big Band programmer Allan Humphrey with tapes, and I assume making friends with every single person at the station. At the time Bud Mayhem was hosting the Difficult Listening program. Eventually Bud left, and in 1989, Sonic Irritations was born of Ray’s fevered mind. Ray was uniquely suited to program the show. His love of Zappa, Stockhausen, and lesser known composers meshed with equal love of rock, mixed with the rhythms undergirding Tampa, and amped up with music theory and knowledge gained in college and years of playing in bands, going to shows, and listening to everything. 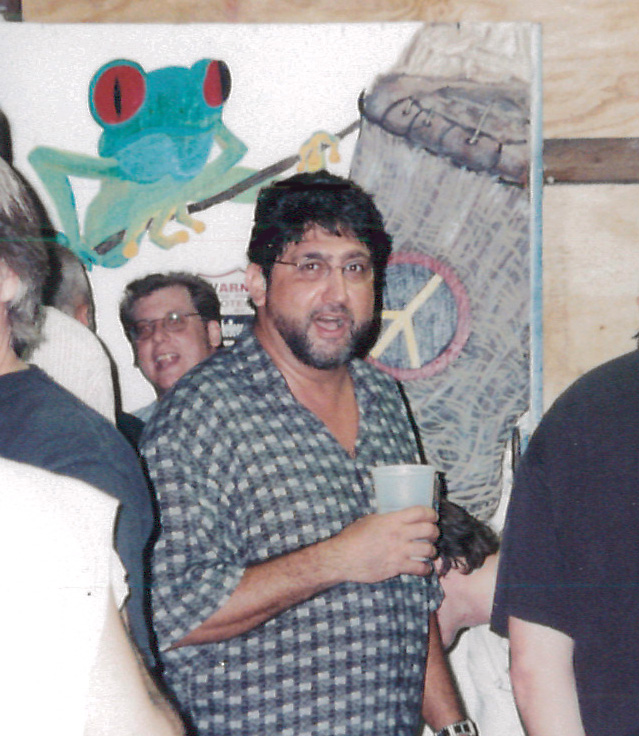 Gonna do my best to make things right,
when I end it all tonight.
Can do it all with such great ease…

There have been many hours of tributes to Ray on the airwaves of WMNF since he died, and even some before then. He was honored at the Volunteer Party this year.  Rob Constable, one of Ray’s longtime friends and co-conspirators, adapted the song A Day in the Life to become A Ray in the Life, based on Ray’s lyrics in other songs. The full version is at the end of the post.

On Wednesday, 6/14, Step Outside did a tribute to Ray, with multiple co-conspirators contributing. Ray’s compositions, collaborations, and performances were played, and of course there were many funny stories. You can listen to the show here on the WMNF Mixcloud. 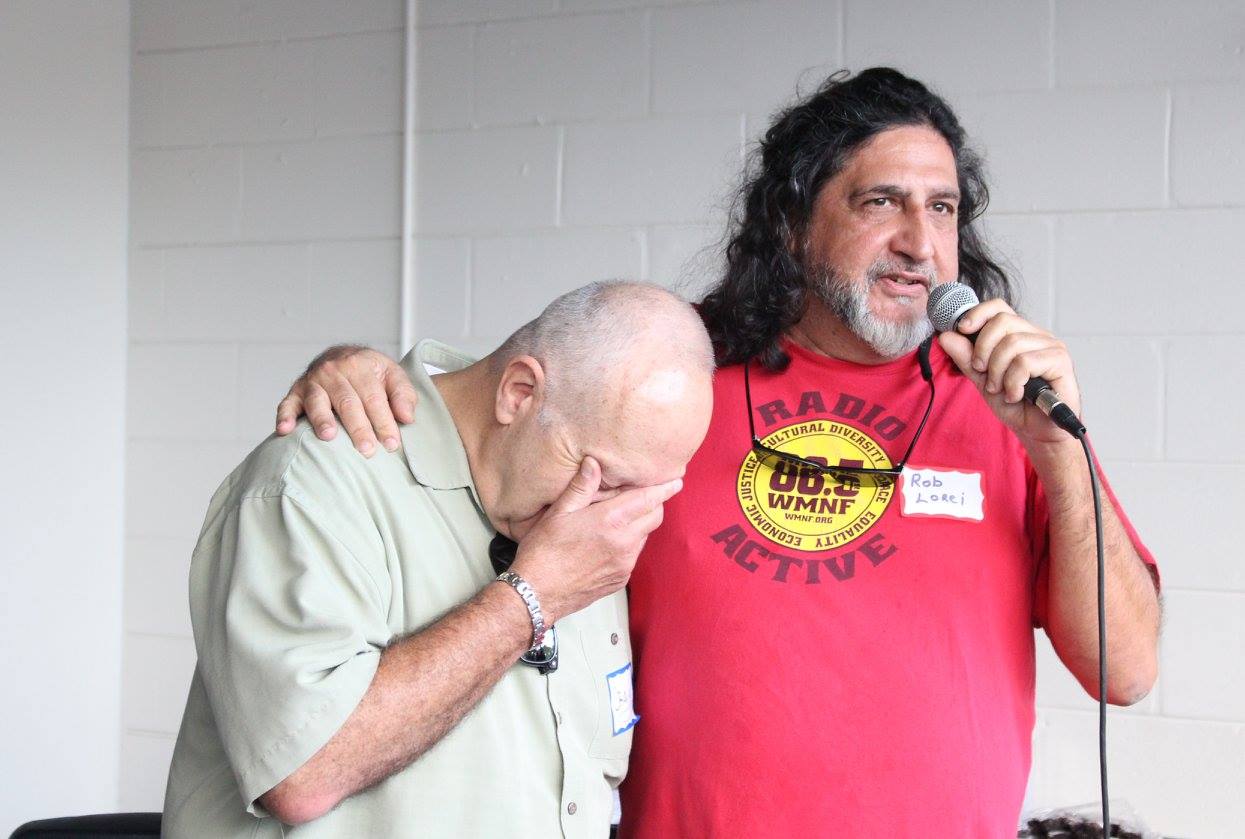 Craig & Ray at the 2016 Volunteer Party. Photo by Pamela Robinson

Ray understood the power of music in a deep way. He saw it as great fun, great entertainment… but something more. Ray understood the spiritual side of music… the power of music to open minds and to bridge divides. Ray was fearless in his pursuit of all of music’s possibilities. Ray’s energy in this musical quest was inspiring! I’ll miss his smiles and his hugs but his inspiration lives on forever.

Randy Wind, WMNF Program Manager, isn’t sure how Ray turned a one night stand for Gavin Bryars’ Jesus Blood Never Failed Me Yet into a decade of the election night special.  The sort of peak difficult listening would be broadcast from the station and have a listening party at a dark bar in Ybor City. But it is a perfect example of RayZilla-ness: strange and beautiful music (the 74 minute version was used) commenting surreally on whatever election was taking place, with friends gathering in Ybor.

The celebration of Ray Villadonga’s life will be on Saturday, September 30th at 4pm. It will be in the ballroom of Centro Asturiano 1913 N Nebraska Ave. Tampa, FL 33602.

Ray played in many bands, had many interests and loves, made so much that is good happen in the area. You can read more about him here, here, here, and here. Here is a link to his fb page.  Ray played shows until days before he died. He was surrounded by his family and his beloved dog Jaco. There isn’t a definitive date yet set for a service but we will post when there is. It’s a lesser world right now, without you Ray. Thank you for all of the love and laughter and the music and music and music. 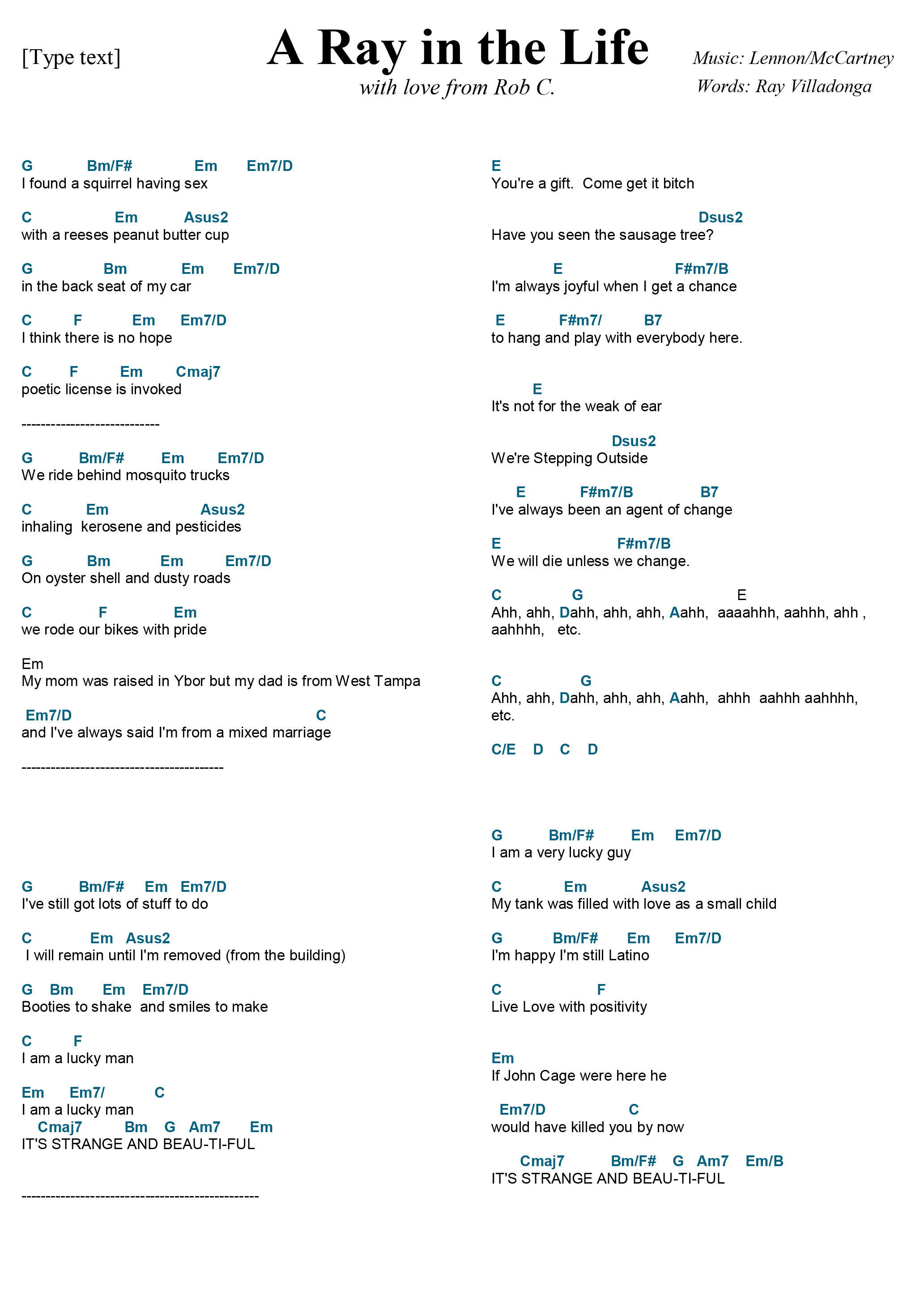