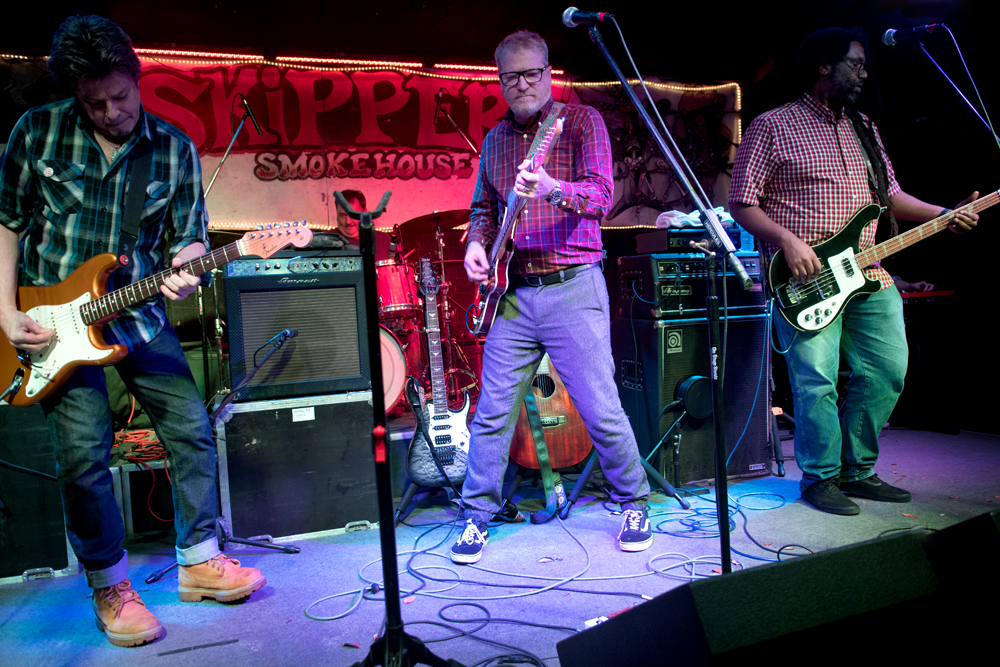 The House and Senate Monday passed a long-overdue pandemic relief package that includes $15 billion in aid to independent venues and theaters. The Save Our Stages Act extends an essential lifeline to the shuttered live music industry.

The Save Our Stages Act only took up about 30 of the nearly 6,000 pages in the spending bill. But champions of the live music industry, like Crowbar’s Tom DeGeorge, know it’s a historic achievement for the country’s independent music scene.

“Largest industry-specific bill, except for pretty much the airlines, in history,” DeGeorge said. “Everything about this year has been historic for our industry. I just don’t think a lot of people really understand the gravity and the weight. It’s a big deal.”

First to go and last to return

Independent music venues were among the first businesses to be closed and will likely be among the last to open, at least in a business-as-usual sense. Industry trade magazine Pollstar forecasts venues will lose nearly $9 billion in 2020. Many will never open their doors again. For some, like Tampa’s legendary Skipper’s Smokehouse, the pandemic was a final straw.

“Skipper’s is you know, COVID wasn’t the direct result, but it’s a nail in the coffin,” he said.

Warren went from one legendary local venue to another. He’s now booking shows at New World Brewery. The old Ybor City mainstay was forced out of its home on Eighth Avenue in 2017 and spent years searching for and readying a new location. It reopened its doors in February, just before music stopped playing around the world.

When the time comes to dance again

New World was at least able to turn to its kitchen for some support. But DeGeroge said even as society began to open up, venues and performers faced health and moral dilemmas about how to safely bring live music back.

The pandemic brought about the formation of the National Independent Venue Association. The first ever coalition of music venues across the country. The nearly 3,000-member organization lobbied Congress relentlessly for the Save Our Stages Act. One of the most crucial aspects of the bill is monetary relief for venues who’ve suffered major losses because of the pandemic and struggle to pay rent and employees and keep the lights on.

“That was kind of a missing piece when it came to paycheck protection program out of the CARES Act last March that’s gonna be a lifeline for many of our cultural institutions and venues,” Tampa Congressmember Kathy Castor said. “It took too long but here is a lifeline and if we need to do more in the coming year we’re gonna do more.”

Locally, few people soldiered the fight like Crowbar’s DeGeorge. Although, he said he wouldn’t have been able to do it without the support and tenacity of the NIVA members.

“Crowbar will be here because the rest of them will be here. And that was always the big picture,” he said. “We had to make sure everybody was gonna be around when the time comes to dance again.”

The spirit of live music

Most in the entertainment industry still see a long way to go before life is back to normal and venues can again host touring acts. Some predictions see live music back by the fall of 2021 and others not until 2022. Save Our Stages helps ensure those venues – and the $878 billion dollars arts and culture brings to the nation’s gross domestic product – will be around when the lights go up again.

In the meantime, DeGeorge and Warren said both venues are doing all they can to keep performers and patrons safe and comfortable. Warren said he’s in no rush to pack his rooms. But when he can, he knows it will be glorious.

“You just can’t beat it,” he said.” That invisible airwaves crackle with life. And, you know, floating around your head. It can literally lift your mood. It can save your life for god’s sake.”