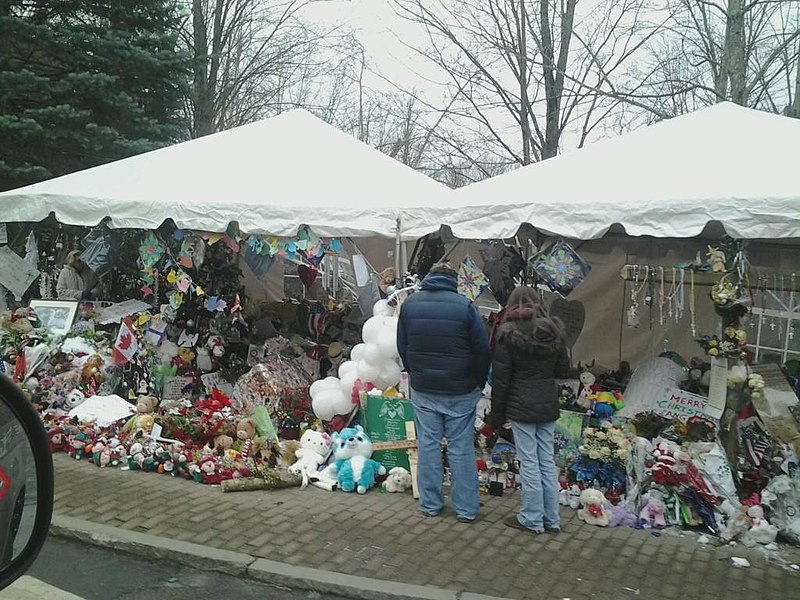 A Pinellas County 5th grader won first place in a national essay competition called the Sandy Hook Promise Student Voices contest. The idea was to write about how to make fellow students feel more included and prevent bullying at school. Aleeza Saiyad from Cypress Woods Elementary wrote a story about two immigrants from Syria forming a bond at their new school in the U.S.

“Well, when I was in 3rd grade my parents got in contact with a Syrian refugee family for my service learning project, since I’m in Gifted. My parents were involved with the charity work and they helped the family. There were two boys in the family and their widow mother. They could barely speak English and they had to join the local school. I just wondered the challenge they faced in the school and if they ever felt left out. So, that’s why I wrote this story.” 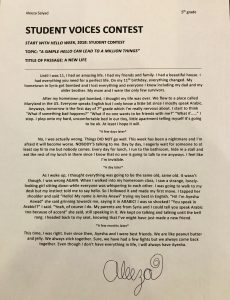 Your essay – your story – is about a person from Syria coming to America and coming to school and not knowing anyone. So, there’s two students from Syria and they’re both very shy because they don’t know very much English. And they talk to each other in class. Why did you write about that?

This essay won the Sandy Hook Promise Student Voices contest, first place. And the essay contest asks students like you to write about ways to make fellow students feel more included and prevent bullying at their school. So, why do you think that that’s important: to write an essay about making people feel included?

“That’s because some people may not feel included. So, writing an essay makes people more aware.”

If you wanted to give a message to people about bullying at school or feeling included in school, what’s something that you would tell people?

“I would tell people to just stand up for [themselves] and try to meet different people and at least just say ‘hello’ to someone.”