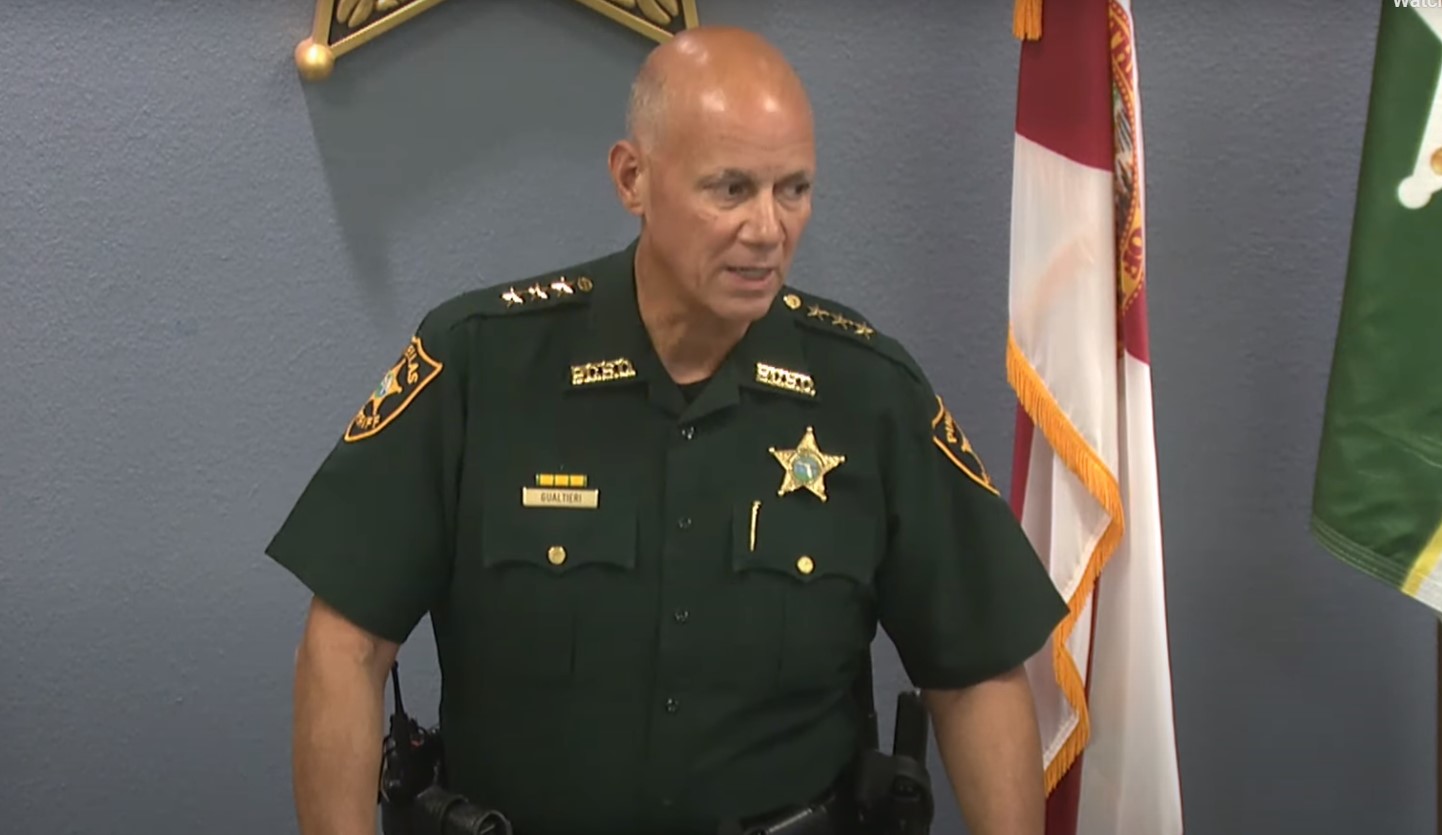 On Tuesday the Pinellas Sheriff said his office is making official a new policy on how deputies execute search warrants. Ever since police in Louisville, Kentucky killed Breonna Taylor while conducting what’s called a “no-knock” warrant, many people have called for a ban.

But Sheriff Bob Gualtieri says even though Florida doesn’t have “no-knock” warrants, the new official policy of his department will be to emphasize what he calls “soft entry” warrants instead of “dynamic” warrants.

“Despite what happened in the [Breonna] Taylor case [in Kentucky], here in Florida, the Florida Supreme Court has held there is no basis in the state of Florida for judges to issue these so-called ‘no-knock warrants.’

“So any concern that people have in the state of Florida to not allow these judges to issue no-knock warrants, they can’t happen here in the state of Florida. The Florida Supreme Court has said there is no basis for them. So that means that a judge cannot give cops permission ahead of time to not knock and announce before entering when they’re serving a warrant.

“So in Florida, in order to dispense with that knock and announce requirement, there has to be the articulated exigent circumstance at the time the cops are serving the warrant, as I just explained to you. And it has to be, again, generally for officer safety reasons or because there’s going to be imminent destruction of evidence.

“Whenever officers serve a no-knock warrant, whether it is judge-issued as permitted in some states and under federal law — but not here in Florida — or based on an exigent circumstance at the time the cops show up at the door it will most certainly involve a ‘dynamic entry.’ Blasting in, breaking in, going in en masse, and again creating a lot of noise and distractions as they’re going through the door.

“Compare a dynamic entry to what we call a ‘soft entry.’ And a soft entry means knocking or ringing the doorbell, and waiting for someone to answer, and then explaining why the officers are there and entering the location.

“Some warrants are served by SWAT teams. Maybe in the case of an armed robbery suspect.

“And some warrants are served through the soft entry approach — as I just described to you — by investigators, maybe in a child pornography investigation.

“The nature of the crime and the individual’s propensity for violence are often the determining factors in how the warrant will be served. Dynamic or a soft entry. There’s an inherent risk of harm to officers and the people inside the location to be searched when serving all search warrants but especially in dynamic entry search warrants.”

In a news conference, Sheriff Gualtieri said the policy that is being formalized has been in place informally for eight years.

Before that time, Gualtieri said “dynamic” entries used to be used in about 100% of warrants served. But since then, they have been used only about 7% of the time, typically for people wanted for violent crimes. The rest of the time, a “soft” entry is used.

The sheriff said that an alternative to a dynamic entry would be for a suspect to be surveilled and then detained away from a house. The search warrant would then be executed when the home is known to be vacant.

Below is more information provided by the PCSO:

Sheriff Gualtieri said, “We recognize that we live in evolving times with changing circumstances and certainly with changing community expectations we have and we will continue to evaluate how we police, toward achieving everyone’s common goal of maintaining a community that has as little crime as possible.”

Sheriff Gualtieri stated when needing to enforce the law, it must be done in a manner that ensures the safety of citizens, law enforcement officers and offenders. The policies and procedures put into place are to diminish the potential for harm to everyone involved.

Eight years ago, the Pinellas County Sheriff’s Office implemented practices that helped avoid the inherent dangers that may occur when serving a search warrant. Today, these practices became part of a written formal Pinellas County Sheriff’s Office General Order and directives that deputies are now mandated to follow while serving search warrants.

According to Sheriff Gualtieri, “No amount of drugs is worth anyone’s life, whether it’s a law enforcement officer or a suspect.”