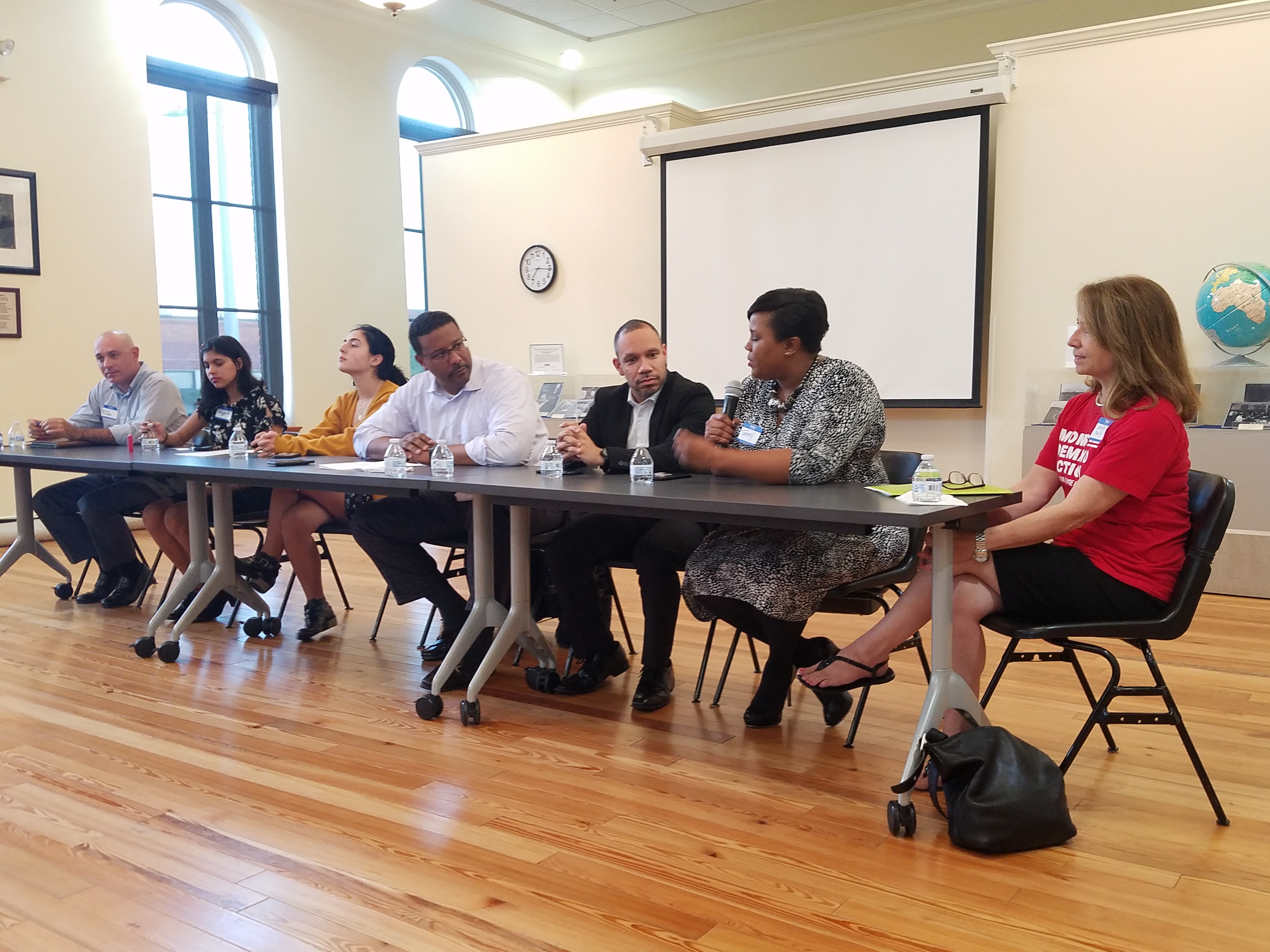 Students from Tampa Bay and across the country streamed out of their schools Friday in the latest round of gun-safety activism following the February shooting at Marjorie Stoneman Douglas high school in Parkland.

At a West Tampa town hall meeting about gun safety Thursday night, Plant High School students expressed frustration to a Hillsborough School Board member because of last-minute changes to their plans for Friday’s school walk-outs. Sam Sharf is a junior at Plant High School and understands the school is worried about liability, but is frustrated with the changes.

Sharf was also concerned that voter registration wasn’t allowed. He wore an orange shirt with a quote from the late Supreme Court Justice Antonin Scalia talking about how the Second Amendment permits regulation of firearms.

Friday at Plant High , a black student broke down in tears when her principal, Johnny Bush — who is also black, told her she would have to protest some other time than during school. Here’s a video that was shared on Twitter by Savannah Lowry [Sorry, it was posted sideways; also: language warning].

Here’s just the audio from that video:

At the end of the video, the young woman is led away by a police officer.

Elsewhere in Tampa, Brittany Blake participated in the walkout of Blake High School.

On MidPoint Monday we talked about guns, a day after the latest mass shooting — at a Waffle House in the Nashville area.

Last Thursday night at the West Tampa Library, State Representative Sean Shaw held a town hall meeting on gun safety. He was one of seven panelists and about some members of the 45-person-strong crowd asked them questions. Shaw is a Democrat and is running for state Attorney General. We heard much of the discussion and took calls from listeners.

This spring the Florida Legislature passed gun legislation that, among other things, allowed school employees to carry guns on campus. But that was an unpopular decision among the  people who participated in the town hall meeting. Shaw began by asking two students if they feel comfortable school employees being armed. Here are the responses from Macie Lavender from Plant High School and Saffiyah Ameer from Blake High, and from Hillsborough County School Board member Tamara Shamburger.

Most of the audience applauded their support for ideas like a ban on assault-style weapons, expanded background checks, limits on large-capacity ammunition magazines, or keeping guns away from people with a history of violence.

Other participants in the round table discussion were Wendy Malloy, the Tampa group leader with Mom’s Demand Action, Freddy Barton, executive director of Safe & Sound Hillsborough, and Marcus Fernandez, president of the region’s chapter of the Brady Campaign.

Listen to audio of the full MidPoint show here:

Listen to the audio of the full town hall here: