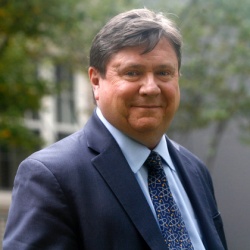 President Donald Trump and North Korea’s Kim Jong Un will meet in Hanoi, Vietnam, next Wednesday and Thursday for their second summit.

To find out more about U.S.-North Korea relations, WMNF spoke with Jim Walsh, a senior research associate at the MIT security studies program in Massachusetts.

“Well, this is the second summit between the President of the United States and Chairman Kim, the leader of North Korea. The first summit occurred back in June, with great fanfare in Singapore.

“This summit coming up more than six months later will be taking place in Vietnam in Hanoi. And you’ll remember that contrary to the way these things are normally handled, normally you have lower-level bureaucrats meet for weeks and months on end to prepare for a summit and then the leaders come in and sign an agreement that had been prepared in advance.

“This was a top down exercise back in Singapore in June. The leaders didn’t come to the meeting with everything having been worked out in advance. It was more a meet-and-greet. And the idea would be that if the two leaders met that this would give new momentum to negotiations that could lead to among other things, the denuclearization of North Korea.

“So the two leaders met, seemed to get along, seemed to be successful, are meeting now. But there does not seem to have been a lot of work done in between the two summits. There has not been a sit down, day-after-day, week-after-week, working the hard details of a denuclearization plan.

“And so this seems very similar in look and feel to the first summit, where the leaders are getting together and hoping to push the agenda forward.”

I’m going to ask you about a couple developments that have happened this week. One is that a former North Korean Diplomat says that the leader of North Korea Kim Jung Un has no intention of giving up his Nuclear Weapons and sees this upcoming second summit as a chance to submit his country status as a nuclear weapon state. Well that will certainly, if that is true, if that is the case, that would certainly make this a very contentious summit. What are your thoughts about that?

“Well, certainly there has been a big debate in the national security community about what Kim’s intentions are. I think traditionalist are rightly are suspicious that Kim would give up his nuclear weapons. North Korea does not have a lot going for it. Nuclear weapons are one if its few assets. If it gave up the nuclear weapons, what guarantee would it have that the US would disregard any agreement and attack North Korea. I mean that is one way that Kim could be thinking about it. One is that they want to keep the weapons, no matter what. The second is that they have no choice but to hold onto the nuclear weapons because they are the weak, small power and they cannot afford to take big risks. I think having worked on the North Korean issue now for many, many years; I try not to prejudge anything in advance. I try to never say never, when it comes to North Korea. I’ve heard North Koreans articulate virtually every possible position. “Get rid of nuclear weapons.” “They’re going to keep nuclear weapons forever.” “They won’t use them first.” “They’ll use them if you criticize them”. I mean, they have said everything and I think Kim is like Mr. Trump, his own man. He is the head of a totalitarian state. If he decides to change policy, policy will change. So, I don’t think it’s helpful to go into a negotiation assuming the other side is not going to negotiate. That will certainly insure that it is an unsuccessful negotiation. Now, I would say the way that you go in, you go in, you make proposals, you bargain hard, you push the other side. And you test them and you test their willingness to engage in real change and if it turns out that you aren’t making progress, then you break it off. I think it’s a mistake to judge it in advance. No one knows what’s in Chairman Kim’s mind, other than the Chairman himself. And there were also reports this week that there’s been a crackdown internally in North Korea against elements of the society that might oppose negotiations with the US. So I think we’re reading two ways, we should probably wait for the summit and see what concrete steps come out of it.”

So, based on that — then what would a successful summit outcome look like?

“Well, I have to tell you that my expectations are rather low right now. The reason for that is I read some remarks by the U.S. diplomat who is the lead person for the U.S. on the North Korean negotiations. He is the special representative for North Korea. He gave a talk out in Stanford out in January. A top diplomat. I have met him, I have a lot of respect for him. I think he is very good. Gave a fairly upbeat speech. But one of the things he has said in his remarks was that he had not yet met his counterpart. He had met the North Korea Special Representative to the U.S. There has been more than six months have gone by and these two guys haven’t gotten together. Well, if they haven’t gotten together, that would appear to be a signal that there has not been intense negotiation you would need to really push things forward. And so, this might be another meet and greet exercise. And so my expectations are modest. Ideally, what I would like to see are both actions by both parties. I’d like to see North Korea allow U.S. and international inspectors to some of its nuclear sites and to decommission those sites. Or at least shut them down and freeze them. But from a process standpoint, I’d like to see the two parties actually negotiate. This is really hard work. It took two years to negotiate the Iran Agreement. It does not happen on its own. So, I’d like to see a commitment by both governments to actually do the hard work of diplomacy. So that there is an agreement. Right now, we don’t have an agreement, we just have nice words, and aspiration. But we don’t have an actual agreement. So, I’d like to see progress towards negotiation, of an actual agreement while all the parties have things they are supposed to do.”

And President Trump said, “I have no pressing time schedule when it comes to denuclearization”. Is that a good strategy to kind of be patient. Or is it risky to let things go on longer?

“I think it’s right to say, or I don’t know if I’d say, “Let’s take our time.” But I think it’s right to say, “Let’s not rush it.” Because these are big complex technical issues, as well as tough political insecurity issues. It’s not going be done overnight. As I’ve said, the Iran Agreement which the U.S. subsequently violated, took two years to negotiate. So, this thing will take months, if not years to negotiate, but you’ve got to start. And I think you have to give the North Koreans some sense of urgency, you can’t say, “Well, we’re going to take our sweet time here”, because that’s certainly not a recipe for progress. Both countries sort of did the easy thing right off the bat. And that was welcomed, it was good. And it reduced the risk of war. They, in the case of North Korea, stopped their long range missile tests, virtually all their missile tests, and they stopped nuclear tests. And we halted our military exercises with the South Koreans. So good positive step, but fairly easy to do for both sides. They can both reverse course if they want to and start testing and start training. So, the next steps are going to be more difficult. And they are going to require a higher level of political commitment and they’ll face a higher level of opposition in each of the countries. And so, to get people to do hard things, you got to give them a sense of urgency. So no, we shouldn’t rush but we shouldn’t be saying let’s take all the time in the world. Because we don’t have all the time in the world.”

Well, Dr. Walsh, those were my only questions. Is there anything else that that our listeners should know about U.S. North Korea relations.

“I would say, the big picture right now is that we are safer than we were a couple of years ago. You’ll remember the president gave a speech at the U.N. General Assembly where he threatened to, essentially launch a nuclear strike against North Korea. And there were discussions in the administration, about a so-called, “Bloody Nose” strategy. That they would attack them but some, but not too much. I think that was a very dangerous thinking and very dangerous behavior. The North Koreans, for all their bluster, are the weak power here. They have nuclear weapons but they don’t have much else, and that could be very easy to stumble into a conflict, to stumble into a war. That then begins to escalate. So, I think we need to take the threat here quite seriously, be thankful that we have taken steps to reduce the risk, but not fritter away this opportunity. We don’t get a lot of opportunities like this. So we’ve done well so far, there is a long road to go. But if we don’t succeed here, it could be trouble down the road.”

Well great, I appreciate your time today. Thanks so much.

Secretary of State Mike Pompeo told NBC’s “Today” the U.S. will not move to ease economic sanctions on North Korea until it is confident that the nuclear weapons threat has been “substantially reduced.”