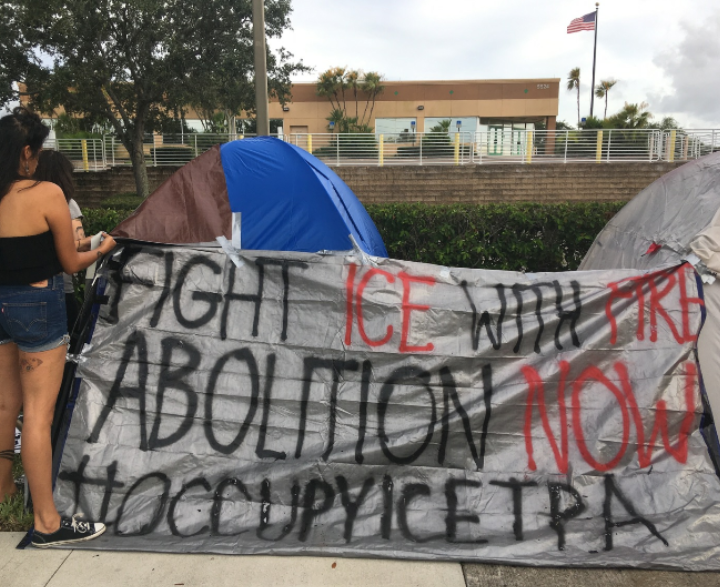 In the summer of 2018 there was a widespread protest movement of people upset at the Trump administration’s “family separation” policy of separating migrant kids from their parents at the border.

According to a report in The Intercept, a private company compiled a list of these protests happening across the U.S. It then gave that database to the Department of Homeland Security, which then distributed the information to its field officers.

The author, Ryan Deveraux of The Intercept was on WMNF’s MidPoint.

“A private intelligence firm known as Looking Glass Solutions gathered information on those protests. A total of more than 600 protests, according to internal emails.

“They sent that information to a network of state-level Fusion Centers, which, sort of, exist to disseminate information to other law enforcement entities across the country. The information made its way to the Department of Homeland Security’s intelligence office where it was further disseminated to DHS staff and eventually to ICE agents in the field.

“What the story shows is a sort of sweeping collection of information on demonstrations against one of the Trump administration’s most controversial immigration policies.”

“DHS told us that this information was unsolicited.”

“If a private intelligence company is gathering information on First Amendment free-speech-protected activity and is sending it — even without a contract — to DHS. And DHS believes that it has to disseminate that information, that could lead us into some troubling areas.”

Also on the show we heard from a Treasure Island resident who is the spokesperson for a group that’s upset the Pinellas County beach city wants to turn green space in a park into a dog park. Glenn Mc Kiel is with Citizens Against Rosselli Dog-Park (CARD-P) in Treasure Island.