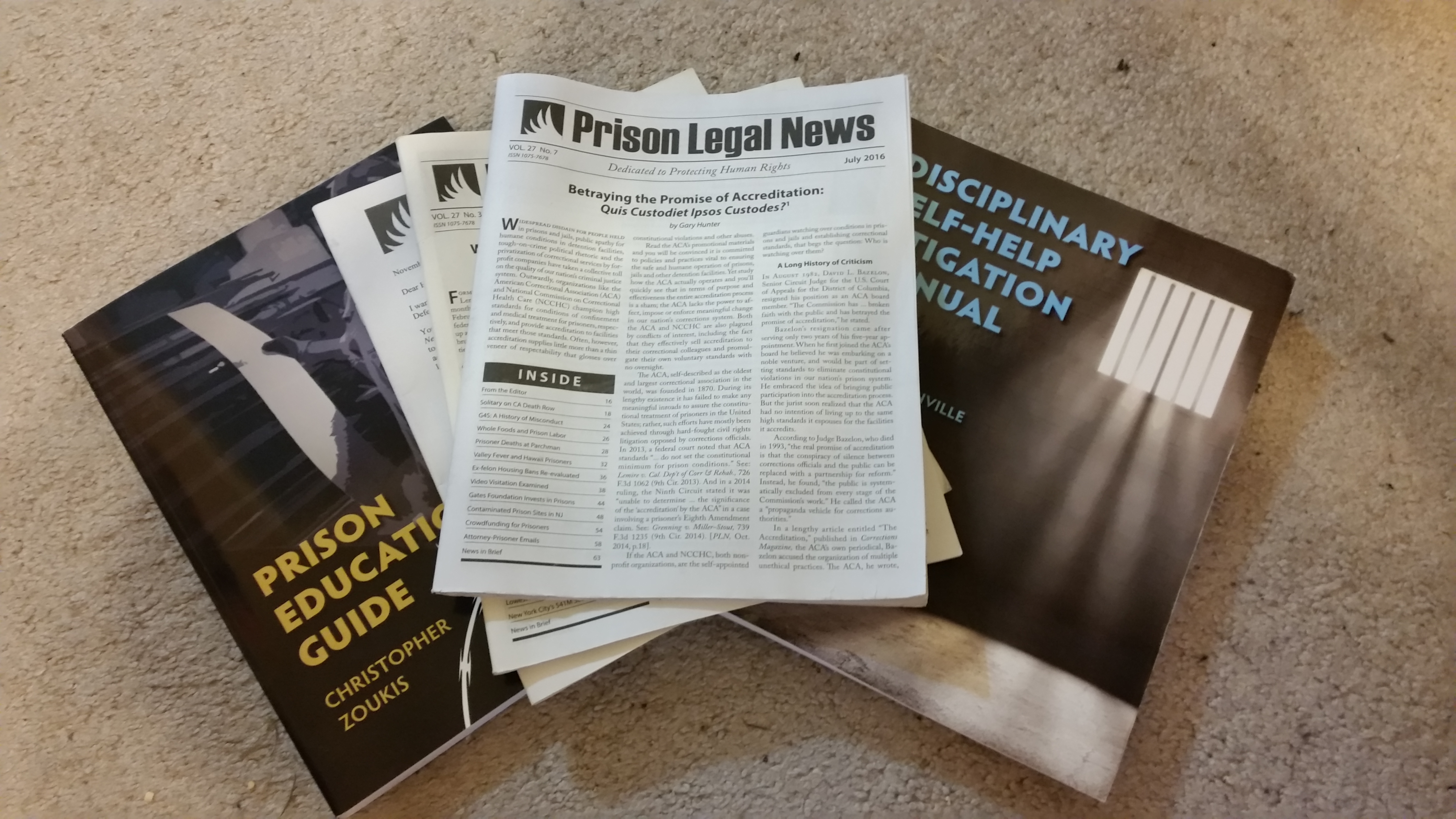 A recent investigation by the Florida Phoenix found that the Florida Department of Corrections has banned a number of books from being received by inmates — and there appears to be an ideological difference when it comes to which books get through and which are stopped.

“We initially sued them in 2003 because they were censoring our magazine, Prison Legal News, claiming that ads for discount phone services, postage stamps and pen pals were a security threat. We litigated that case for over two-and-a-half years until 2005. We were scheduled for trial. We went to trial and literally on the morning of trial the Florida DOC [Department of Corrections] said that they were changing their policy and would no longer censor us.

“We still had the trial. The judge then dismissed the case, holding that the case was moot because they changed their policy and said they wouldn’t censor us anymore. So we appealed it – the 11th Circuit Court of Appeals dismissed the appeal saying that the case was indeed moot because the Florida DOC was no longer censoring us. And more importantly they had said they would no longer censor us on that basis.

“That lasted until 2009 when the Florida DOC then began censoring us on exactly that same basis claiming that the same ads that they had earlier said was a problem then said wasn’t a problem were still a problem. And basically since 2009 every single issue of Prison Legal News has been censored by the Florida Department of Corrections, supposedly on the basis of our advertising content, which we believe is pretextual.

“So we filed suit [again] in 2010 over the censorship and they have proceeded to censor every single copy of Prison Legal News since then, since 2009, on this basis. We filed suit, we went to trial in 2015 and we lost our claims with regards to our First Amendment claims. We did win when it came to the lack of due process notice about the basis for the censorship.

“And we appealed that decision to the 11th Circuit Court of Appeals. And in May of this year the Court ruled against us and upheld the censorship. And we have now sought review from the U.S. Supreme Court, asking the Court to hear our case and reverse it and rule in our favor.”

Have you heard anything from the Court? Is the Supreme Court going to hear your case?

“We don’t know yet. The State of Florida filed an opposition brief last week and we are now filing a reply brief, which we will file on Tuesday, asking the Court to grant review. And then the Supreme Court has, generally, 30 or 40 days is how long it takes them to decide if they’re going to grant review or not.”

I want to turn now and ask you about a recent investigation by the online news group the Florida Phoenix. They investigated the banned books by the Department of Corrections in Florida. They found some books that were banned. Some kind of questionable books. Things like The Simpsons Rainy Day Fun Book, Black Klansman, Game of Thrones, The New Jim Crow. They found that there may have been some sort of ideological differences, where things like The Turner Diaries – which is a fictional account of white national revolution – was not banned. Your thoughts on that?

“Yeah, well I think the reality is that most of our prison systems in this country are run by evangelical Christians and white supremacists. You see this repeatedly when you look at the books that are banned. Anything that questions prison system or the American police state is routinely censored. Whereas stuff that promotes white supremacy, evangelical Christianity, and things like that are all routinely allowed.

“Now I’ve seen that over the 28 years of publishing Prison Legal News is the unrelenting hostility of prison and jail officials to Prison Legal News or anything that talks about the notion that prisoners have human rights or how to access our court system to vindicate those rights and things like that.

“And then you look at the things that are routinely allowed. In Washington State back in the late 1990s we published a big expose in Prison Legal News in conjunction with the Seattle Weekly about white supremacist guards employed by the Washington Department of Corrections. And the prison system dutifully censored the magazine with the article claiming that it was a threat to prison security.

“But at the same time they were censoring our expose of white supremacist guards employed by the prison system they were allowing the White Aryan Resistance newsletter, which was published by Tom Metzger, a Nazi in Oregon, who’s been involved in the killings of a number of immigrants and other racial minorities, that circulated with no problems in the Washington prison system.

“So, it’s not even a double standard. As you note, it’s a clear ideological bias. And it occurs around the country. It’s not something that just happens in Florida or the former states of the old Confederacy. We report this stuff happening in California and Washington, New York, Florida. I mean, there’s just very much an ingrained reality of who runs our repressive organizations of prisons and jails.

“We’ve also ran an article a while back – for some of your listeners that may not be familiar with the Westboro Baptist Church – these are the people that go around and stage protests at the funerals of dead soldiers and people that have died AIDS with their signs that say, ‘God Hates Fags’ and things like that. What’s interesting about the Westboro Baptist Church is that around a dozen of their members – they’re all lawyers.

“And they’re all lawyers that are employed by prisons and jails. And it’s amazing that they’ll use their positions as government employees to impose their homophobic views on the prisoners in their captivity. We sued Tim Phelps – at the time he was captain of the Topeka jail in Kansas – and he was censoring Prison Legal News and all books and magazines. But here’s a guy who will go to the U.S. Supreme Court to defend his right to spout homophobic bigotry and hatred. Yet he’s using his position as a government employee to censor our First Amendment rights and crush our speech. And unfortunately, this isn’t an anomaly. That’s just a high-profile case and example.”

And the DOC in Florida says it abides by its Admissible Reading Material Rule and of course, the people who administer that rule – there’s going to be some subjectivity. What would a solution look like? Would you advocate for having no books or magazines banned? Or what do you think a good solution would be?

“I think the reality is that the government has a legitimate interest in banning a very, very narrow category of publications. And I would say that probably that narrow category is books or magazines that tell prisoners how to make improvised weapons, child pornography, maybe escapes – but even that’s pretty tenuous. And I think that’s pretty much about it. When you start talking about legitimate basis for government censorship.

“Other than that, I think for the most part, when we see the reality – when we see these banned book lists, whether it’s Florida or Texas or Arizona. Where there’s thousands upon thousands of titles. Or even books by people like by President Obama are being banned and censored. You know, it’s pretty clear that it’s an invitation to government censors to impose their own political, religious and sexual and racial beliefs on the prison population their holding captive.”

The Florida Department of Corrections told the Florida Phoenix that “determinations to approve or deny specific publications are made by majority vote” of its Literature Review Committee and that “individual committee member’s interpretations of that criteria may be subjective.” In general, according to guidelines, prisoners can “receive and possess publications…unless the publication is found to be detrimental to the security, order or disciplinary or rehabilitative interests of any institution of the department…or when it is determined that the publication might facilitate criminal activity.”