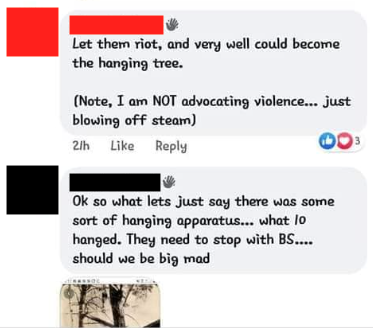 The group was created in reaction to potential protests in the county including at the County Courthouse in Brooksville. 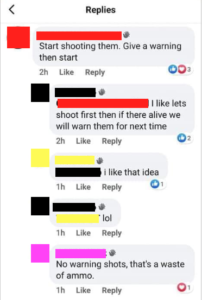 “Start shooting them. Give them a warning then start”

To which another user replied:

And a third continued:

“No warning shots, that’s a waste of ammo.”

Another conversation featured a user posting:

“Let them riot, and very well could become the hanging tree.

(Note, I am NOT advocating violence… just blowing off steam)”

“Ok so what lets just say there was some sort of hanging apparatus… what 10 hanged. They need to stop with BS…. should we be big mad”