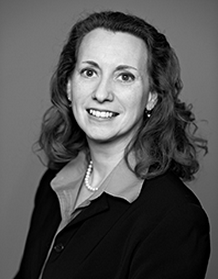 The Associated Press is reporting;

An old directory for the Christian organization People of Praise members shows Supreme Court nominee Amy Coney Barrett served as a “handmaid.” That’s the term used at the time for high-ranking female leaders in the religious community. Barrett has refused to discuss her membership in the People of Praise. The organization opposes abortion and holds that men are divinely ordained as the “head” of both the family and faith, and that it’s the duty of wives to submit to them. Former members have alleged the group subjugates women. Barrett’s leadership role in People of Praise is likely to be raised next week when a Senate committee considers her nomination.

Barrett’s confirmation hearings will start next week- despite objections from Democrats.

Our guest today is Sara Hutchinson Ratcliffe, acting president of Catholics for Choice, an abortion rights advocacy group based in Washington, D.C.  Catholics for Choice (CFC) was founded in 1973 to serve as a voice for Catholics who believe that the Catholic tradition supports a woman’s moral and legal right to follow her conscience in matters of sexuality and reproductive health.