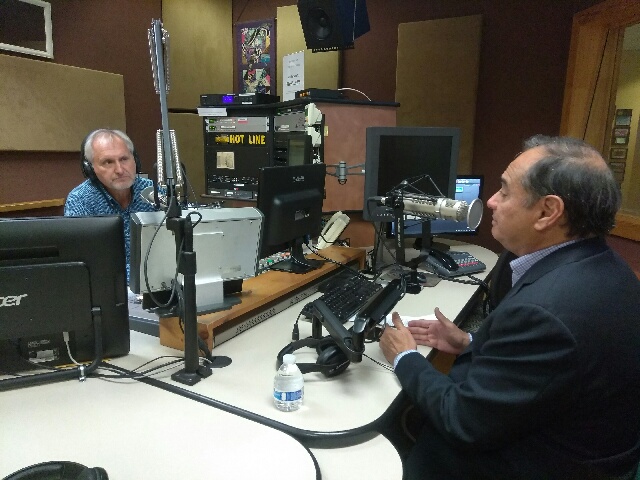 Listen Here (Select Tuesday, May 28th in the dropdown menu):

Good morning, welcome to Radioactivity. Later in the program we’ll talk about the latest on efforts to privatize some Florida beaches.

But first- We’ll discuss Puerto Rico’s recovery from the hurricane.

WASHINGTON (AP) — A House GOP conservative blocked a long-overdue $19 billion disaster aid bill Friday, complaining it leaves out money needed to address the migrant crisis at the border and extending a tempest over hurricane and flood relief that has left the measure meandering for months.

The move came a day after the measure passed the Senate despite a Democratic power move stripping out President Donald Trump’s $4.5 billion request for dealing with a migrant crisis on the U.S.-Mexico border.

Texas Rep. Chip Roy, a former aide to Texas firebrand Sen. Ted Cruz, complained that it does not contain any money to address increasingly urgent border needs. “It is a bill that includes nothing to address the international emergency and humanitarian crisis we face at our southern border,” Roy said.

He also objected to speeding the measure through a nearly empty chamber, saying it was important for lawmakers to actually vote on a bill that “spends a significant amount of taxpayer money”.

House Speaker Nancy Pelosi, D-Calif., a key force behind the measure which moved through the Senate with the enthusiastic embrace of Roy’s two GOP senators, said the delays have gone on too long. Senate action came after Trump surrendered in his fight with powerful Democrats over aid to hurricane-ravaged Puerto Rico.

“Now, after the President and Senate Republicans disrupted and delayed disaster relief for more than four months, House Republicans have decided to wage their own sabotage,” Pelosi said. “Every day of Republican obstruction, more disasters have struck, more damage has piled up and more families have been left in the cold.”

Democrats said the House might try to again pass the measure next week during a session, like Friday’s, that would otherwise be pro forma. If that doesn’t succeed, a quick bipartisan vote would come after Congress returns next month from its Memorial Day recess.

Rep. Donna Shalala, D-Fla., said she was upset at Roy’s action. “The fact that one person from a state that is directly affected could object, it’s just irresponsible,” she said. Texas was slammed by record floods in 2017, though not Roy’s San Antonio-area district.

GOP leaders and Trump support the bill, as do some lawmakers who are otherwise some of the chamber’s staunchest conservatives, such as Rep. Austin Scott, R-Ga.

“This is a rotten thing to do. This is going to pass,” said Rules Committee Chairman Jim McGovern, D-Mass.

Hours after Roy blocked the measure, the Democratic Congressional Campaign Committee launched a digital ad in his district criticizing his move. It depicted a submerged Roy and said he’s “keeping Texas families underwater.”

Roy won his 2018 election by less than three percentage points. House Democrats’ campaign committee considers him a prime target for next year’s elections.

The Chairman of the Democratic Party of Puerto Rico, The Honorable Charles Anthony “Charlie” Rodriguez Colon.

Mr. Rodriguez is best known as the point man and author of the “Tennessee Plan” which, through his efforts, has been adopted by Puerto Rico as the guide and model for Puerto Rico to become the 51st State of the United States in the same manner as the states of Tennessee, California and others when they entered and became part of the United States of America.

Next– One time Republican Presidential candidate and FOX News commentator has been leading the effort to privatize some Florida beaches.

Stephanie Mencimer, Senior Reporter at Mother Jones magazine recently reported— Former Arkansas Republican Governor Mike Huckabee has been leading the effort to privatize a beach in front of his home on the Gulf of Mexico in the Florida Panhandle. (https://www.motherjones.com/politics/2019/05/mike-huckabees-epic-fight-to-keep-beachgoers-off-his-patch-of-florida-sand/)