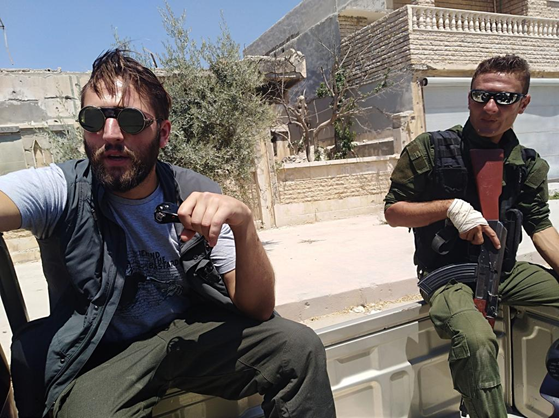 Good Morning, welcome to Radioactivity.  I’m Rob Lorei. The summer of 2020 has seen the city of Portland, Oregon, become a symbol and a venue for the further, dramatic polarization of the United States. More than a hundred nights of intense protests against police violence by left-wing activists have led to further police violence in response, and to President Donald Trump declaring the city a “beehive of terrorists” and an “anarchist jurisdiction.”

A great deal of reporting has been dedicated to the city’s leftist protesters. Less national attention has been focused on those who perceive the protesters as their enemies: a network of “Patriot” militias and extremist groups, who have in recent weeks been staging violent confrontations in Portland’s downtown streets.  I spoke earlier with a reporter who works for an investigative website called bellingcat.com: he is Robert Evans and he’s covered conflicts around the world. And for the last few months he has been covering the conflicts in Portland, Oregon.