At least three people have died from Hurricane Michael and recovery efforts have begun, especially in North Florida; for a first-hand account WMNF News spoke with Pearson Bolt in Tallahassee. He’s associated with groups like Democratic Socialists of American and Mutual Aid Disaster Relief.

“The storm here in Tallahassee actually wasn’t terrible. It was intense throughout the night, intermittently. But it was mostly just gusts and intermittent rainfall. Outside afterward there were a lot of debris and stuff. Downed trees but nothing too terribly serious.

“The places that got hit the hardest were probably over in Panama City or Mexico Beach, which are places that efforts definitely are being directed and should be directed. But we’re doing what we can here in Tallahassee for sure.”

How about power? I got a note this morning that across the state there were 400,000 people that still had lost power. What about in Tallahassee? Are the neighborhoods with or without power?

“I would say it’s kind of hit or miss. There are some houses that will have power and there will be other other houses that don’t. All of our power lines are up above ground so I think that part of it is intermittent. There’s a lot of houses that are without power but there’s also a handful of them that do have power. I expect power will probably be up in the next 3 or 4 days.”

Here are some ways to help with donations of money or supplies after Hurricane Michael in Florida:

Mutual Aid Disaster Relief is taking donations at Waters Avenue Church in Seminole Heights in Tampa at 609 West Waters Avenue. Their truck is leaving leaving Friday afternoon after a “Fill the Trucks!” event beginning at 11:00 a.m.

Amazon Wishlist for the Panhandle: https://www.amazon.com/gp/registry/wishlist/3QUS9SLT7QD3/ref=cm_wl_huc_view 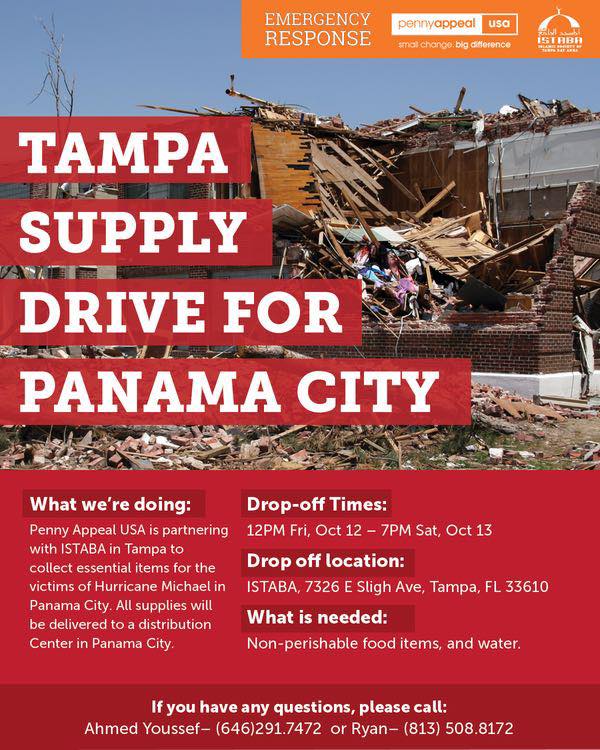 Aerial views of Mexico Beach shows entire houses just tossed from their foundation or turned to rubble. Reminds me of Andrew pic.twitter.com/JKJFjyWnm5