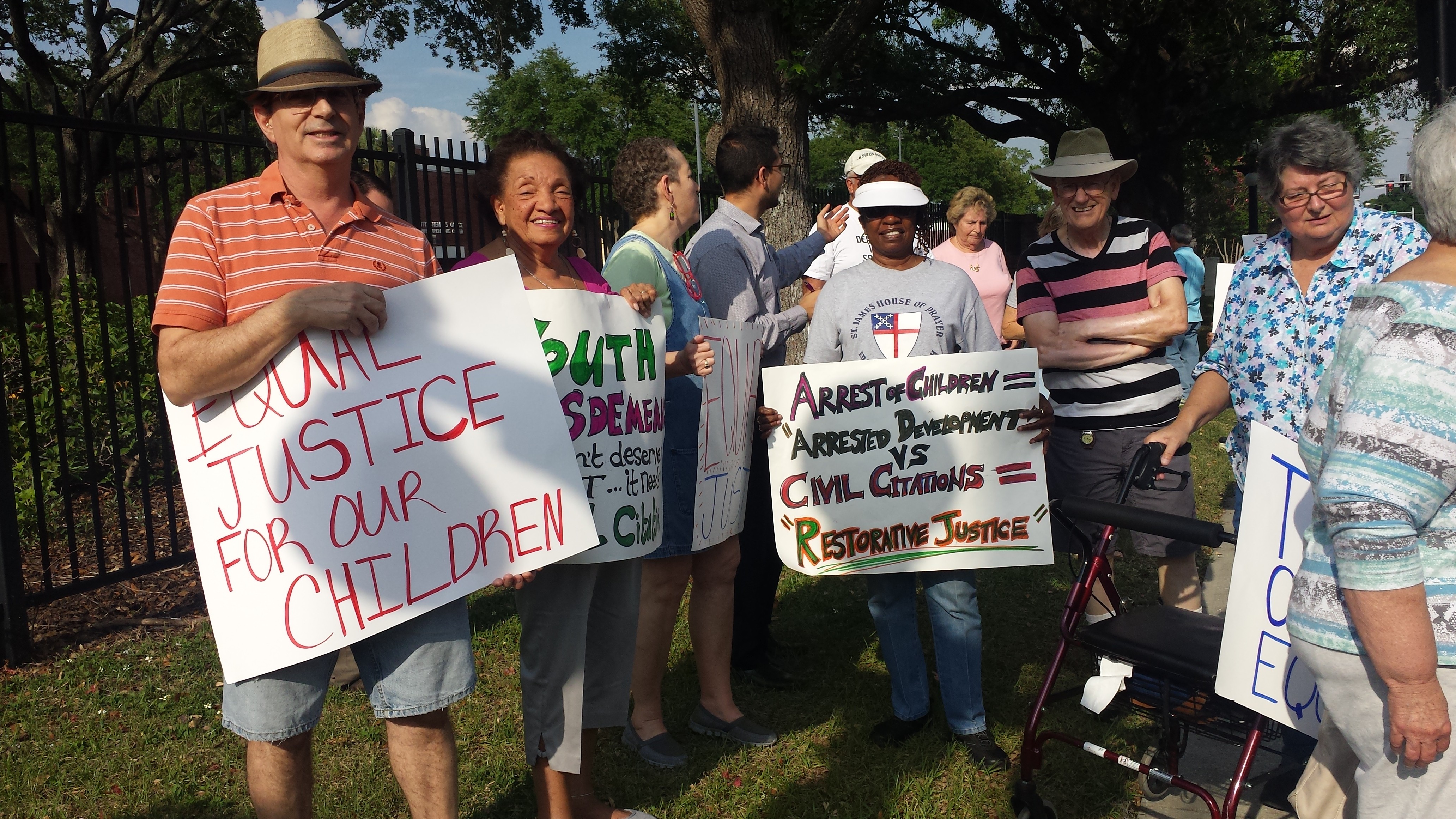 Demonstrators gathered outside the Hillsborough Sheriff’s Office in Ybor City  Thursday afternoon, calling on Sheriff David Gee to reverse his decision to arrest minors caught with small amounts of marijuana instead of issuing them civil citations.

The vigil was put together  by The Hillsborough Organization for Progress and Equality, also known as  HOPE, which is made-up of various religious groups through out the county. It was in protest of  Hillsborough Sheriff David Gee’s decision to not issue civil citations to minors caught with misdemeanor amount of cannabis.

In a statement read by a representative at HOPE’s annual Nehemiah assembly earlier this month, Sheriff Gee said issuing citations would allow marijuana possession to go unpunished and at-risk youth would not get the drug diversion services they need.

“Today I continue to firmly believe, that states that decriminalize marijuana do not improve the well-being of their youth,” read Gee’s statement.

But HOPE’s Rev. Bernice Powell Jackson says that a citation program would help juveniles get those services without also getting arrest records.

“He said that civil citations…that they were a slap on the wrist,” Said Rev. Jackson.”He really obviously does not understand what civil citations are, because if you actually read the statue as the legislature passed it, it requires community service. It requires drug treatment if that is necessary.”

Lois Price says she is disappointed  with the Sheriff’s response and hopes that he eventually comes to understand HOPE’s goal of keeping kids out of the criminal justice system.

“I’m really sad that he wont take time to hear us because i think he totally misunderstands what we are about. We’re not talking about legalizing marijuana. We are talking about protecting our children from a lifelong record for a nonviolent, possibly first offense.”

In addition to advocating for civil citations, HOPE is also leading efforts to secure affordable housing within Hillsborough.