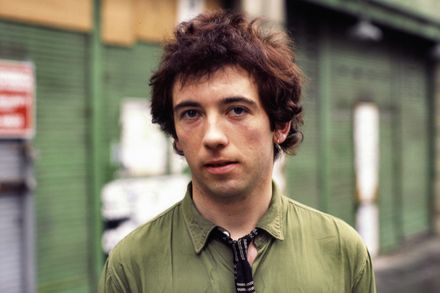 In 1975 Pete Shelley (real name Peter Campbell McNeish) and Howard Devoto (real name Howard Trafford) decide to start a band and chance upon a headline: “It’s The Buzz, Cock!” And, Buzzcocks were born. In 1977 Buzzcocks released their first EP, Spiral Scratch, on their independent label, New Hormones. When Devoto left the band in February 1977, Shelley took over as the lead vocalist and chief songwriter. Working with the producer Martin Rushent, the band created the punk/new wave singles Orgasm Addict, What Do I Get?, and Ever Fallen in Love (With Someone You Shouldn’t’ve) along with three LPs: Another Music in a Different Kitchen (1978), Love Bites (1978), and A Different Kind of Tension (1979). From the beginning, the band was considered a major influence on music at the time and over the years are often cited as the inspiration for bands such as Green Day and many more. Shelley in his own right was a controversial figure with implicit references to his sexuality in many of the songs he had written, which came to wide attention due to his single, Homosapien. Banned by the BBC, the song became a dance hit in America. Sadly, Pete Shelley died at his home in Estonia on the morning of December 6, 2018. Musicologist, Adam Morris, a contributor to Life Elsewhere, shares his remembrances of Pete Shelley.