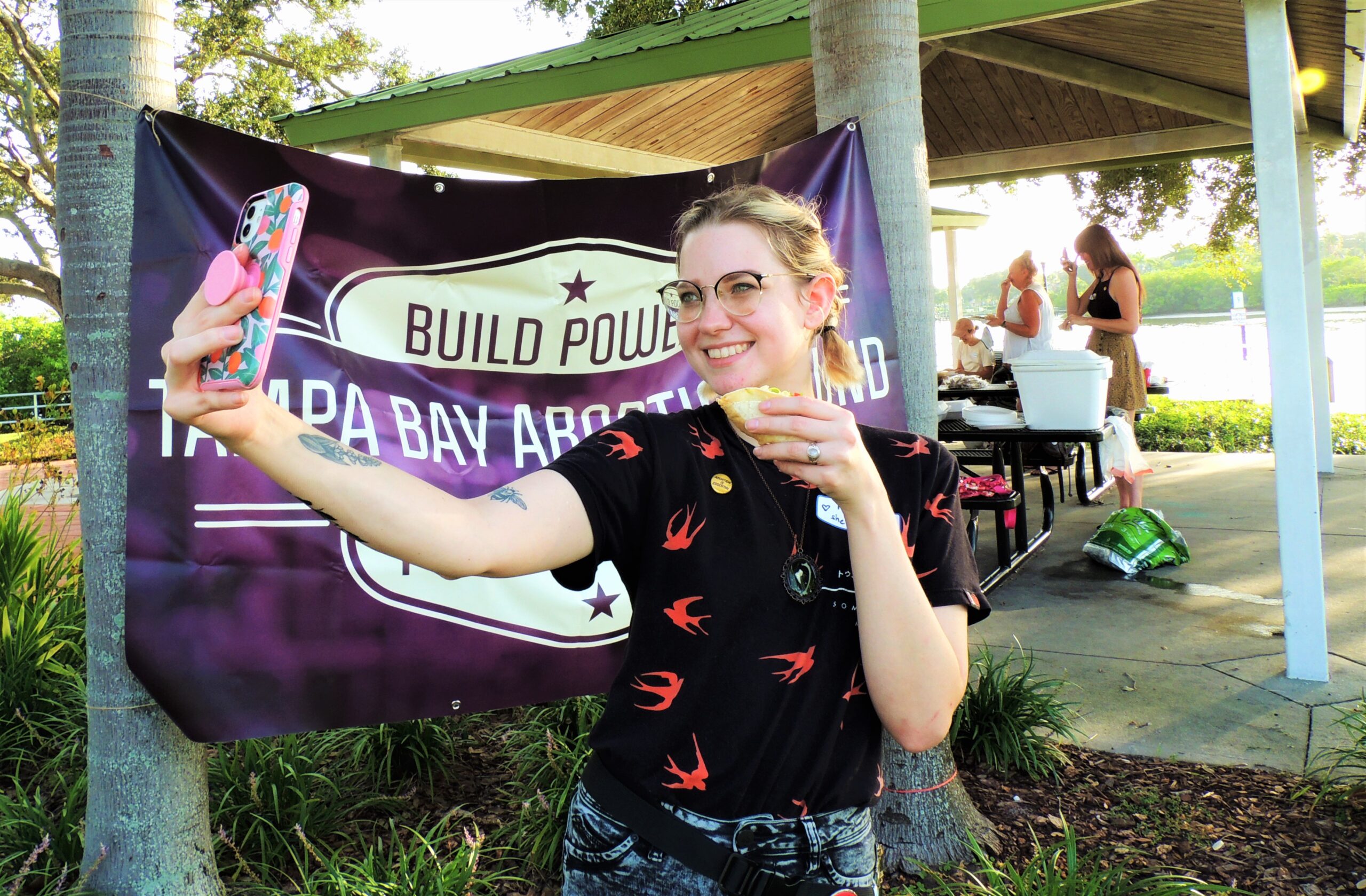 A group of reproductive rights advocates is challenging social media to eat tacos and drink beer for charity. The Tampa Bay Abortion Fund launched one of its flagship fundraising events in Safety Harbor this week.

It’s called the Taco or Beer Challenge and the rules are simple.

“Have fun, eat tacos, have a beer or beverage. Whatever your preference is,” Tampa Bay Abortion Fund President Kris Lawler said. “Support your local community and support your local humans.”

All you do is take a selfie eating a taco and/or drinking a beer. Then, you donate to a local abortion fund and post the photo to any social media account of your choice using the hashtag ToBC21. The challenge was started by the National Network of Abortion Funds, NNAF, and runs now through the middle of September.

Locally, the Tampa Bay chapter hopes the challenge will raise $6,000, which is still a fraction of its $100,000 annual operating costs.

A right to choose life

“People who are able to access reproductive health care, specifically abortion, go on to say out of poverty and have more control over their lives,” Wallace said.

According to its website, the NNAF helps women get access to reproductive services by removing cultural, political and financial, even geographic barriers. If you need an abortion and can’t afford one, they’ll help pay. Nervous about facing protestors at a clinic? Many of the volunteers drive women to and from appointments and escort them in and out of the office.

The U.S. Supreme Court’s 1973 Roe v. Wade decision secured women’s access to abortion without excessive government intrusion. But more than 48 years later, state governments are still trying to outlaw abortion. In Florida, abortion is legal in most cases. But nearby states including Georgia and Alabama have recently enacted much stricter limitations on abortion access.

“We have helped people come from out of state,” Wallace said. “From Alabama, Georgia, South Carolina. Because the abortion restrictions are less strict in Florida.”

Compounded with the financial constraints of the COVID-19 pandemic. Lawler added the need for access to reproductive health and support is growing dire. Especially since it’s an issue that was supposed to already have been decided.

Jackie Shepherd is a driver with the group. At 78, she can’t believe women, like 24-year-old Wallace, are fighting the same battles she did in her 20s.

“It’s devastating. It’s like, why did we do all that. We thought we made progress,” she said. “I don’t mean to be this way, but why do men or people who aren’t affected by pregnancy want to tell you what you should do about it.”

Reproductive health has come under fire locally. Manatee County Commissioner James Satcher is pushing to ban abortion access in the county, even though there are no providers in Manatee.

The 2021 Taco or Beer Challenge ends Sept. 12. More information is at abortionfunds.org.