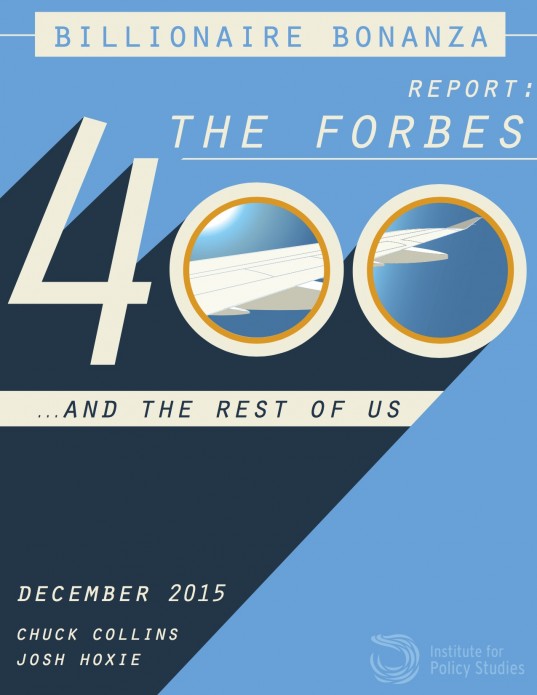 Today we are joined by Alan Peacock, VP of the Tampa chapter of the National Association of Letter Carriers, to talk about the toy drive the Letter Carriers and other labor unions will be participating in to make it easier to give a  Christmas gift for needy children. On Saturday postal workers will be collecting unwrapped new toys from doorsteps that will then be donated to the  Toys for Tots toy drive.

On the second half of the show we look at recent study that revealed how deep wealth disparity in the country really is. The report Billionaire Bonanza: The Forbes 400 and the Rest of Us, found that the 20 wealthiest Americans possess the more wealth than the bottom half of the populace, about 152 million people. Furthermore, the top 100 wealthiest households owns as much wealth the entire African American populace. Joining us today to talk further on the study’s findings is Chuck Collins of  the advocacy group the Patriotic Millionaires, who co-wrote the report alongside Josh Hoxie of the Institute for Policy Studies.

You can listen to this show again here,