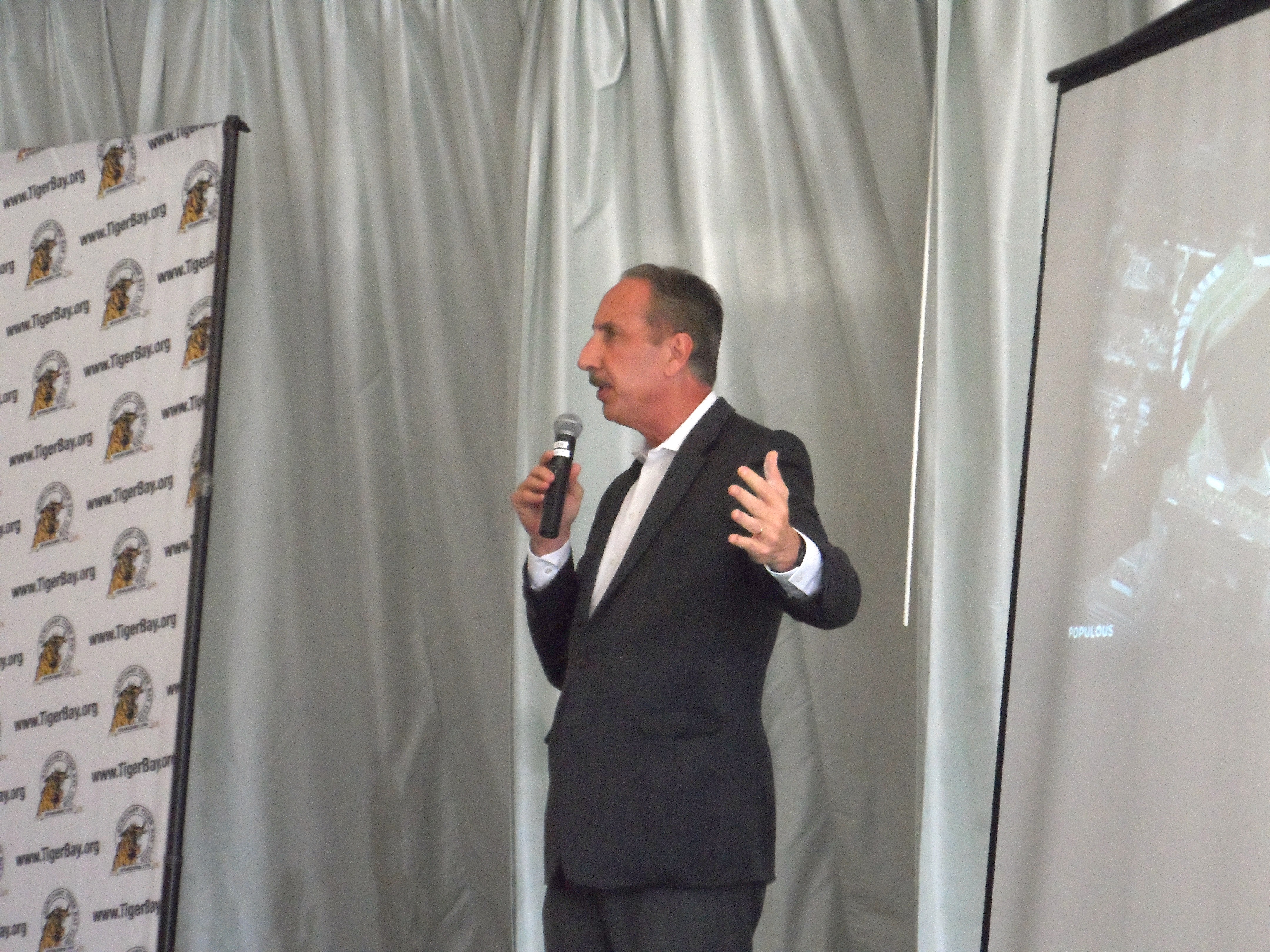 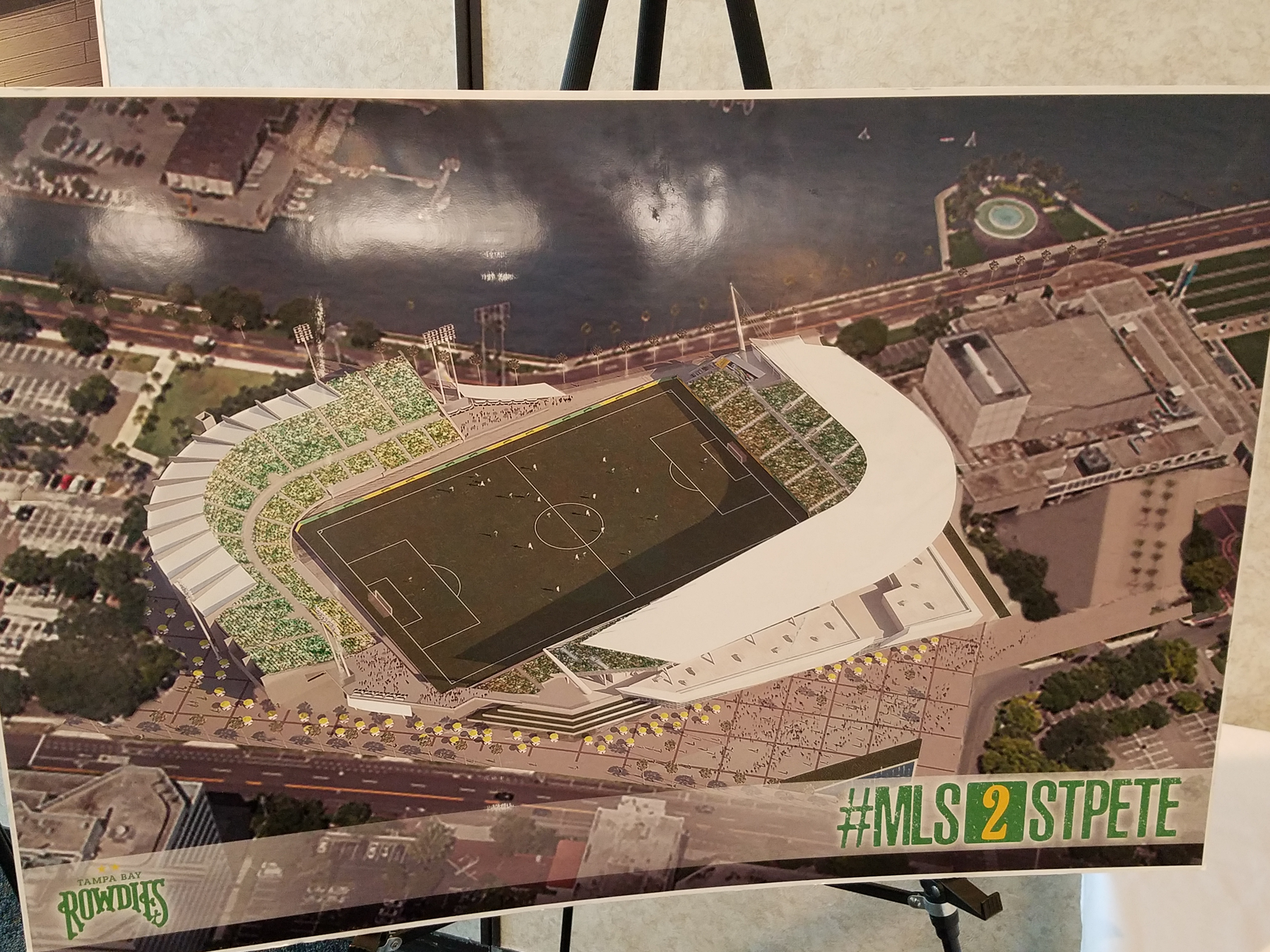 St. Petersburg voters will decide next Tuesday whether the city should lease a historic waterfront sports stadium to the Tampa Bay Rowdies soccer team for 25 years. The Rowdies want to expand the stadium with the hopes of landing one of four Major League Soccer expansion teams. Former St. Petersburg Mayor Rick Baker works for the owner of the Rowdies and made his pitch Wednesday to the Suncoast Tiger Bay Club.

“The election is Tuesday and the election is asking the voters of St. Petersburg to approve a 25-year lease for the Rowdies on the Al Lang stadium so that they will have the chance of getting a major league soccer franchise and expanding the stadium into 18,000 seats.

“I think the important thing for people to remember is the ownership group is committed to paying for this stadium, so they’re not looking for the city or the state or county to pay for the construction of this stadium. And the stadium is contained completely within the current site of Al Lang field, right now, so that it won’t be expanding into the sidewalk or the road or any of that– so, it’ll be completely contained within it. And it’s really intended to meet the scale of the downtown waterfront. It’s gonna be about the height, within 10-feet or so, of the Mahaffey Theater and really is consistent with the waterfront master plan that was passed by the city a year ago.”

Baker is the former Mayor of St. Petersburg and is widely expected to run again, though he deflected multiple questions on the subject.

Rick Baker also response to people who worry there won’t be enough parking for an expanded Rowdies stadium.

“We’ve spent a lot of time with the city parking and transportation folks on studying the parking situation–which we have it–there is parking available on-site; the Rowdies now own the multi-garage, which is a block away; the Southcore garage is across the street; there’s a 6-story parking garage; the Northern Trust Bank building’s got a garage across the street, which is regularly used for Rowdies games; USF has got an 1,100-space garage 3-blocks away, which they have left open for Rowdies games in the past.

“The parking study for the entire downtown, that the city did a year ago, really confirms that there’s a significant amount of available parking that could be used by Rowdies fans as well.”

Watch the speech and Q&A (in two parts) here: