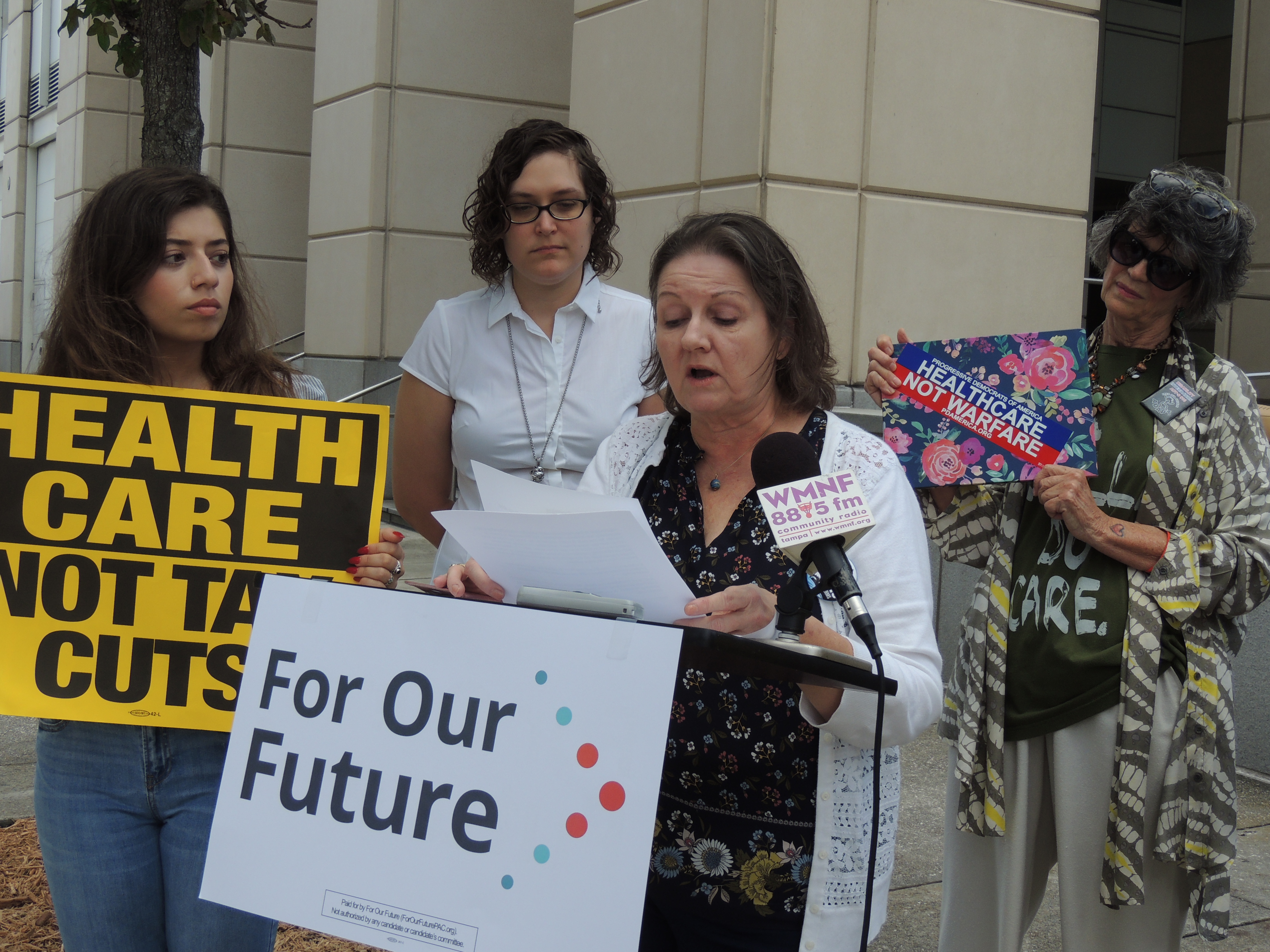 Florida is part of a lawsuit by more than a dozen other Republican-led states to chip away at the Affordable Care Act by challenging its requirement for insurance companies to cover people with preexisting medical conditions; during a press conference in downtown Tampa Thursday morning organized by the liberal group For Our Future Florida healthcare advocates and residents with preexisting conditions criticized U.S. Senate candidate and Governor Rick Scott for not calling a halt to Florida’s involvement in the lawsuit.

“Rick Scott has also called for repeal of the health care law [ACA]. While Florida has benefited more than any other by the Affordable Care Act and would be hurt more than any state if it were repealed.

“And right now Scott is trying to pretend like his left hand doesn’t know what his right hand – Attorney General Pam Bondi – is doing. She is trying to strip the pre-existing condition coverage while siding with other states in the lawsuit in Texas. Scott could pull Florida’s name from that lawsuit with one phone call. Our leaders should be working to help more people get coverage, not working to kick hard-working Floridians off their insurance and making health care harder to get for more than 7.8 million Floridians in this state with preexisting conditions.”

PolitiFact concluded that the 7 million figure “exaggerates how many Floridians could lose their coverage under the law” and says that closer to 2 million Floridians “would be at immediate risk of seeing their coverage taken away shortly after an adverse court decision.”