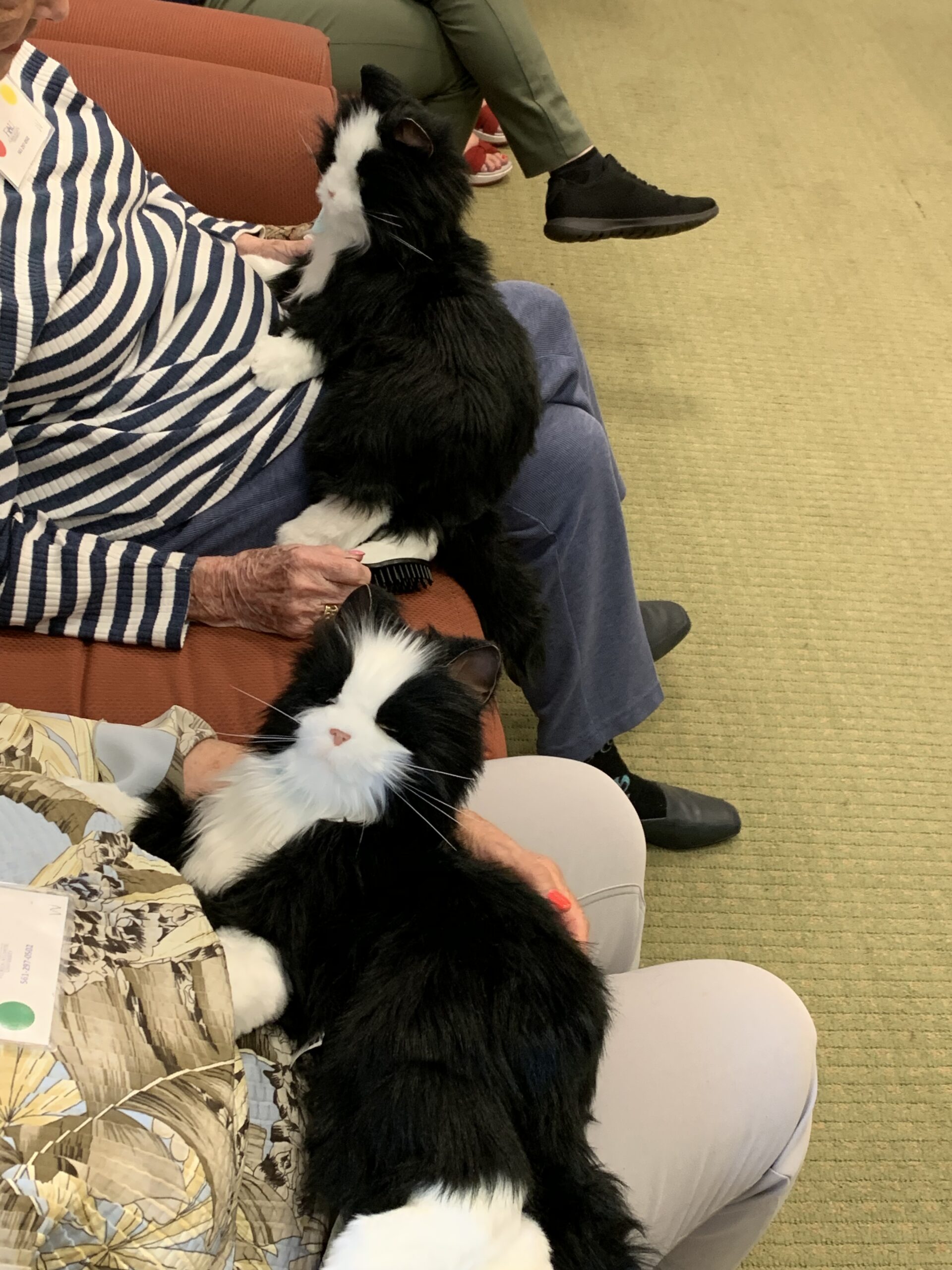 Dr. Lisa Wiese—associate professor of Nursing at the Christine E. Lynn College of Nursing at Florida Atlantic University (FAU), and co-author of a study conducted recently at FAU, which found that interacting with a robotic pet can serve as a boon to the health of people with Alzheimer’s disease or a related dementia—recalls in a “Talking Animals” interview launching her lengthy nursing degree, becoming a nurse in what she calls “the Dark Ages”: 1978.

Wiese discusses the subsequent degrees she pursued in the ensuing years, culminating in a PhD, in Nursing, from FAU, in 2013. She explains that the path of a PhD in nursing is typically pursued by those primarily interested in teaching and research, and that her research is concerned with Alzheimer’s—specifically, increasing the understanding, early detection, and prevention of the disease in rural populations.

She notes that this academic interest was spurred, in part, by her mother’s experience with Alzheimer’s. Wiese addresses the genesis of the study involving patients with Alzheimer’s or related dementia, saying it was propelled by questions raised by a then-doctoral student, Bryanna Streit, inspired partly by results generated in studies featuring PARO, a sophisticated, interactive robotic seal.

Wiese goes on to talk about the structure and process of the study that she and now-Dr. Streit conducted, and while the study was small in scope—12 participants interacting with the robotic cats two to three times per week, for 12 weeks—the findings, and implications, seem potentially enormous: They found that participants evidenced improvements in multiple mood assessments, and slight to moderate improvement in some categories of cognition assessments—notable and surprising, Wiese observes, because the brevity of the study had seemed likely to work against the possibility of cognitive improvement.